Another voice on the hours of service: Owner-operator Tom Quinton

It’s been a raucous couple weeks on the site here, plenty of thoughts and notions to chew on, particularly with regard to the hours of service — from a lively discussion (with more than 50 comments and counting) about the potential of hourly pay in long-haul trucking under James Jaillet’s report on the second half of the Thursday, Nov. 21, hours of service session to continuing notes of  I wrote about where hourly pay does and will in future most likely apply to owner-operator business — in detention time — in a two-part series a couple weeks back. If you missed it, find Part 1 here.

In that story, National Transportation Institute principal Gordon Klemp made note of the wide interest in hourly pay his firm, which publishes the National Survey of Driver Wages tracking W2 and 1099 income of drivers and owner-operators at various fleet, has received in recent times. There are, however, not many examples in the long-haul irregular-route trucking that has been the domain of most owner-operators for years.

That, however, is changing, as the Short and Sweet feature series earlier this year made clear — length of haul on average is down industry-wide, and hub-and-spoke-type and relay systems for hauls of many types are back on the rise. I won’t rehash it all here, but it’s all to say that there are many forces at work on the dynamics of the business going forward, and the hours of service rule and its restart restrictions, as well as the mandated 30-minute break, are foregrounding the problem of, simply, time. Time enough to get the work done in the day allotted to do it.

That’s the chief problem Tom Quinton has seen with the new U.S. hours rule. We caught up with Quinton on a run back home from Florida in part to load a vintage 1980 Harley he picked up to add to his collection. In the video below, in addition to showing off the bike just a bit, he makes clear the drag the hours rule puts drive time, simply put.

Like Tilden Curl, whose testimony led our story on the House Small Business Committee hearing, Quinton’s traditionally been a very early riser. Curl mentioned starting the day typically at 4 a.m. The requirement in the new hours rule of  that any 34-hour restart include two 1-5 a.m. puts those drivers back on the recap almost exclusively, without a schedule change. And to paraphrase one of our recent commenters, that reduces operational flexibility down the line — what you’re able to do today is predicated on what you did seven days ago, a maddening reality.

In any case, here’s that vid — nice bike, right? Here’s hoping those home for the holiday have enjoyed it — and those out on the road have made money safely. Anybody catch the Thanksgiving buffet at Sam’s in Fairfield, Texas, by chance? 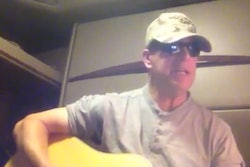 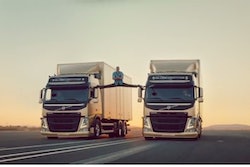