Phylisia P. Compton is one half of G and L Expedited Transport Services, a one-truck business she and her business partner operate as a team, leased to Landstar with a 2012 Kenworth.

Compton sent along the letter to the editor that follows this introduction, something of a treatise on misplacement of regulation at the highest levels that is of a piece of the viewpoint I’ve heard from so many of you. That view is one that looks at what is being imposed on the trucking industry in the name of safety and sees opportunities that might better improve conditions if directed elsewhere — such as by imposing restrictions on the motoring public, a not “pervasively regulated industry,” a phrase the legal minds are fond of utilizing in reference to trucking in their various justifications for upholding the ELD mandate. Nonetheless, as owner-operator Riley Clay put it to me out at the Doswell Truck Stop in Va. during October’s ELD protests, just imagine the deaths that would be prevented if we as a society decided putting an alcolock (in-vehicle breathalyzer) in every passenger car on the road was a good idea. (And, Clay was quick to add, it’s not hard to imagine the revolt that would come ahead of folks deciding the idea was a good one — note that in Europe, as I’ve written before, the so-called alcolock is being talked about as a potential requirement for public transport vehicles and “heavy goods transport,” not the motoring public, for what it’s worth … .)

Compton, as you’ll see, grew up on a diet of trucking pop culture of the 1970s and 1980s, in Buchanan County, Va., and realized her dream when she became a driver more than six years back now. In 2015, she left the mega carrier she was with and joined her boyfriend/now business partner Gregory Easton as G and L, leasing to Landstar. She now lives in Ohio. She hopes her letter finds its way to someone who can do something about it, all the way up to the President of the United States. “Hopefully President Trump will read it and allow for some time talking to the owner-operators and small trucking businesses to hear our side of it. I know he has spoken to the mega-carriers and ATA, but these people do not have our interest at heart. Their goal is to put so many regulations on us that we will have no other choice but to shut our business down and work for them. This has got to stop.”

ELDs are in no way the answer to safety
I have been a female driver/owner in the trucking industry since 2011, in what many consider a man’s industry. When I came into this industry, I did so without blinders in an effort of following my childhood dream.

This dream of mine was fueled by my love of big trucks, 18 wheels, the sound of an air horn, and the rolling coal from the shiny chrome stacks. Did I have other dreams? You betcha, just like any other child growing up. However, none were more fascinating than those of the big rigs rolling down the road, the songs of Red Sovine like “Teddy Bear” (I nicknamed my first-born grandson after it), not to mention the movies and television shows like “Smokey and the Bandit,” “Black Dog,” “B.J. and the Bear,” “White Line Fever,” and “Convoy.”

You see, these were all things that made me who I am today, a female truck driver in an industry I once fell in love with. Now don’t get me wrong, I still love to drive and I love the truck. What I don’t like about what I do falls within the realm of all these excessive regulations. In the last several years we as small business owner-operators have had them forced down our throats by the FMCSA and the political propagandists behind them. All of them are uneducated about the life we as drivers have out here on the road. Many of the regs continue to be forced in the name of safety, when in reality they have nothing to do with safety at all.

This ELD mandate is out of hand. Having an ELD in our trucks is not going to make anyone safer. This mandate is only going to cause more problems than this industry and the general public need. Yes, I run an ELD, but I also run as a team, and I’m fine with it being a choice. But a mandate? No!

This mandate is nothing more than a money scandal brought about by uneducated people in an industry they have no clue about. No one should be sitting in an office making regulations for an industry when they have no idea of what the industry is truly about. Nor should anyone be listening to the mega carriers and ATA, who are out to do nothing more than to put us small businesses out of business and monopolize the industry by putting politicians in their back pockets.

The negative effects of ELDS is already being seen around the country from coast to coast. For instance, two recent nights in a row I spent more than 2 hours just trying to find a place to park for 30 minutes. The first night I passed multiple truck stops that were so packed you could barely get into them to get fuel, plus five rest areas where trucks were lined up on the shoulders for nearly a quarter mile on both ends. I could not even get into one to use the restroom.

Second night, different area, same thing! I had to hold my bladder in excess of two hours trying to find a truck stop I could get into. I held it to the point I was almost vomiting before I found a stop where I could just get into the fuel island to run into the restroom. There were so many drivers being forced to take their 30-minute breaks in the fuel island, because there was nowhere else for them to take the break.

This mandate is going to cost more lives and make more drivers unsafe. If FMCSA wants to talk safety, then increase the hours of service and do away with the 14, 70 and 34. Allow drivers to drive up to 13 hours a day with two 30-minute breaks (break one of the 30s up into two 15 minute breaks) over the course of 15 hours. (Manufacturing companies often work 16 hours a day, so why can’t we?)

They also need to do away with the 10 hour off-duty period and make it 8. Combine off duty and sleeper berth lines, and allow drivers to go off-duty when fueling or at shippers and receivers if they choose. Start regulating shippers and receivers to a max of two hours to load or unload! Anything after two hours constitutes $100 detention pay per hour paid directly to the driver for all hours starting with arrival.

All shippers/receivers should also have to allow drivers to take their required breaks on their property when forced out of hours due to delays in loading and unloading. They should also have to pay reasonable rates for all freight at no less than $2.25 per (actual) mile! There should be no lumper fees to drivers. It is not our freight — it belongs to the receivers! Therefore, they should incur the cost of all lumper fees. Tolls should also be at the expense of shippers and receivers, not an expense to the owner-operators. Just as fuel surcharges should be increased to a minimum of $0.42 per mile and never any less than 100 percent paid to the owner-operators.

People’s lives are important — no state should be allowed to have a “no idle” law, due to the fact that the elements can be life-threatening to a driver. A driver can freeze to death in extreme cold temps just as they can bake to death in extreme heat. If any driver becomes ill or dies due to the unethical law, the state should be held responsible for the illness/death of the driver. The death should be treated in the same manner as we would treat someone leaving a child or animal in such elements. All mega carriers should be mandated to install APUs on all company trucks. Installing APUs will reduce fatigue and increase safety due to the driver having a comfortable sleep in safe conditions.

Other regulations that would increase safety include the following:
**No weigh station (regardless of state and location) shall be operable unless it is open 24/7 to drivers to take their required breaks on premises.
**No inspections are to be permitted on rest area property or at truck stops at any time! These places are supposed to be safe havens for drivers!
**No shipper/receiver shall be permitted to make a driver get out of their truck or turn over their keys in order to get loaded or unloaded.
**At no time shall a team driver be made to interrupt their required break to get out of truck at a shipper or receiver while loading or unloading.
**No driver shall be punished with points on their CSA due to an accident in which the driver was not at fault.
**All drivers of personal vehicles shall be held accountable for their unsafe actions on the roadways.
**Fines for truck drivers shall be reduced to amounts that are more reasonable and fines for passenger vehicles shall be increased to reflect equal responsibility for their own actions!
**Any person using a handheld device to talk, text, surf the web or Facebook, and so on shall lose their driving privileges for no less than six months for the first offense, a year on the second, and five years after the third. Treat it like a DUI. However, if an accident occurs during the use of a handheld device, then it should be a mandatory loss of license for 5 years. If a life is lost due the use of a handheld device, then it should be mandatory loss of license for life pus imprisonment with the years to equal no less than the age of the offender plus the age of the victim/victims combined!
**All vehicles used for commercial use should be required to have CBs installed and in use for safety. If all trucks had had CBs when all these multi-vehicle crashes on I-94, I-80, and so on, which happened over the last few years as a result of bad weather, many lives would not have been lost due to awareness of what was ahead.

These are regs that will save lives and make our roads and drivers safer. ELDs will not do that. –Phylisia P. Compton, G and L Expedited Transport Services, LLC 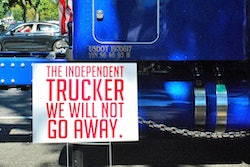 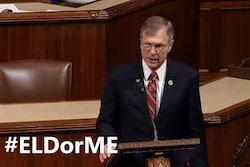 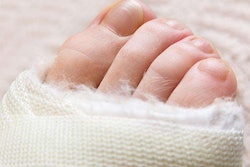