Todd Dills
Jun 4, 2019
Buchs at work assessing not his next load, but the one after that, at the unload location in Moline, Ill.

Owner-operator Gary Buchs had an interesting experience around the margins and at the center of discussions and seminars at the Truckload Carriers Association’s big conference in Las Vegas in March. He presented with the National Association of Independent Truckers on what truckload carriers can do to support their leased owner-operators, with some focus on health insurance and the limited options there when carriers stare down challenges to the 1099 independent contractor model in exclusive leases. (You may well recall that NAIT offers its Aleiracare group buy-in to its mostly leased membership and others, and focuses a good bit of its business on partnerships with carriers leasing owner-operators.)

But it was a different session that Buchs got perhaps the most edification from at the event, commonly attended by owners and execs from truckload carriers large and small. He and I were talking recently about the speed at which data flows between carriers and data aggregators — from phones and carrier TMS systems and, yes, ELDs (for more about that, follow this link). Buchs attended a session put on by a big aggregator, Freightwaves with its Sonar system, which offers a variety of interesting looks at recent rate and demand metrics, including detention times based on its access to data from ELDs with both carrier agreements and from some ELD providers, and geofences set up at loading-dock locations.

(I haven’t yet gotten a full window on the Sonar system, available to owner-ops and very small fleets at a $175 monthly rate, but may utilize data from it in future reports. What I’ve seen related to detention/dock time doesn’t go quite as far in specificity as what KeepTruckin planned for their ELD users/data sharers within their network of carrier customers. Sonar’s detention metrics are shown by regional area, not down to the individual facility level.)

Nonetheless, Buchs was surprised to find himself the odd one out among the attendees of the session when the presenters asked a simple question: “They asked some questions about detention,” and what it ought to cost for the shipper, Buchs says.

At a certain point, a presenter winnowed down on a single question: “Does anyone have a clue what their cost and income per hour is?”

Buchs found himself the only person in the room who raised a hand.

The presenter then looked at “this whole room of these executives,” Buchs says, and said: “You’re running a big company, and you don’t even know your numbers.”

Buchs along with many others believes knowing cost and income performance per unit of time worked, tracking it closely and making adjustments, is something that’s “going to be increasingly important” for everyone running with an ELD as a sort of mandated yardstick and time-torture device in one.

As he wrote last year:

There’s no shortage of complaints about the hours of service rule, given time is often perceived as the first limiting asset in the quest for higher incomes. Yet I have come to believe that it’s not just time that is the limiting factor, but the inaccurate way that time is valued, that truly limits our income opportunities as owner-operators.

We’ve all been there. We have calculated our pay and asking rates by the mile. We arrive at the shipper and they tell us that it will be two hours to get unloaded and it turns into four. The wait cuts into the time you had planned to pick up the next load and the problems just compound from there. This why I try to ask every question possible with a goal of complete and accurate information for the dispatch. And often before I even depart for the shipper’s location I call and confirm that information with both shipper and receiver to avert problems. …

I don’t want to pay for another company’s problems with my lost time or lost income. Nor do you.

The piece, which originally aired a little more than a year ago here on the Overdrive Extra blog where Buchs is a semi-regular contributor, is worth another look. In it, Buchs notes that his own calculation of his time’s worth he figures as “net profit per hour (income over my expenses — pay to myself as driver not included in expense numbers). … I averaged around $45 [in 2017].” With the big run-up in spot rates around the time Buchs wrote his piece, he said he’d been hitting weekly averages at $70/hour.

I explored the notion of adequate detention rates myself years ago, calculating an average hourly rate based on costs and lost opportunity, using average cost/profit numbers from ATBS. I used the method of combining profit per mile plus fixed costs per mile (insurance, truck payments, etc.), with an average speed, to get to the $64/hour figure — in September 2015, almost four years ago. Other operators prefer to use revenue rather than profit to make the calculation. And your own calculations, of course, based on your own numbers, may yield a higher or lower figure when it comes to adequate hourly compensation for the lost earning opportunity that is detention.

So, what is your time worth? 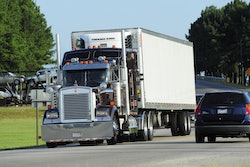 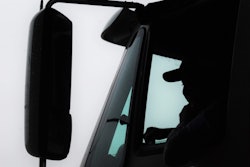 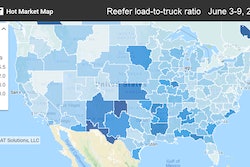