We’re firing up T. Dills Trucking again for a run between the Midwest and the Mid-South and back again. The goal? To illustrate the way the Federal Motor Carrier Safety Administration’s revised hours rule is expected to work come this September.

Sept. 29, to be exact, when drivers will be able to use the split sleeper cycle with the expanded 7/3 option — as it is now, splits can only go up to 8/2. For my money, and you’ll see why in these examples, however, the most significant change here is that the shorter period in the split will “stop” the 14-hour clock; that is, you can exclude that period from calculation of the rolling 14 on-duty clock.

That can deliver a significant flexibility dividend.

The following example, through the third day, hews very closely to my prior how-to on split-sleeper logging, crafted almost two years ago in response to a reader question. For reference, you can pull up that old story at the following link:

By the third and fourth days, however, things change in effort to illustrate how the rule allows for the single-day off-duty pause that so many in the audience were looking for as FMCSA mulled over OOIDA and Trucker Nation petitions, and so many of your own suggestions to them.

Apologies to all of you for whom this will all come as second nature. We’ve been getting plenty questions about it since FMCSA’s unveiling of the final rule in May.

OK — T. Dills Trucking’s authority has been reinstated after federal processing, insurance secured for $0 annually in the beautiful climes of imagination-land. Here we go.

This begins to illustrate the benefits of the new rule when it comes to available duty hours. While available drive hours in this example are exactly the same as the prior one, the new rule allows me to exclude the two-hour off-duty period from calculation of the 14-hour clock, giving me a potential two hours more on-duty. Rather than having 9 hours of potential drive time and just 9:15 of duty time, I’ve got 11:15 of potential duty time. Over the course of the next day or two, that rule change is going to be helpful.

I roll for seven hours then to the Birmingham, Ala.-area facility for partial offload in the early a.m., happy I can actually drive seven hours straight without needing to stop for anything (impossible everywhere but in my own imagination and/or for those of you who excel at this sort of thing) and also delighted I can actually park and sleep at this place (not the real world, folks). I get there with time to spare on both drive and 14-hour limits. It’s 6 o’clock and the place is way backed up. They give me a wee-hours time for unload.

When I wake up, I know I’m close to where old friend and colleague (and a gentleman whose name you’ll recognize) Mr. James Jaillet lives in Huntsville. I give him a call and he shows up at the truck with takeout burgers (let’s say we eat eight feet apart by the trailer yelling at each other between mouthfuls over the hum of the truck next-door, then don masks for a chat about what he’s been up to slightly closer together).

Turns out (and I know this already — that’s why I’m here!), he’s been moonlighting in bicycle salvage and reconditioning in his spare time, and he’s got a small load he wants me to run to a facility in Nashville, with another straight back on the return. I’ve got time, I tell him, thanks to the new hours rule. (Yeah, he’s heard about that one, he says…)

When I come back on-duty at 11:45 a.m., still in the split sleeper cycle, you know the drill: Recalculate available hours. Under the terms of the new rule, I can exclude the combined sleeper berth/off-duty period of 4 hours from my calculation of the 14: Under the old rule, I’d have just 4 hours and 45 minutes on the 14, and the same amount of drive time available, but with the new rule, I’ve got a potential 8:45 of duty time, and 7 hours of drive time total. Plenty to get it done barring any major snafus. Load/unload in Nashville takes an hour, though I hit a rush-hour slowdown coming back into Huntsville and miss the load appointment.

That’s OK, though, the ever-dependable and nonjudgmental Mr. Jaillet shows up and hand-unloads the rig while I sleep off a long day, for a long, long time. (Note the bold red line on the grid above — that’s the BigRoad logbook app telling me this log is not doable under the current rules, given that’s where the rolling 14-hour clock in the split cycle would have otherwise run out as duty time eroded under those rules — not so come Sept. 29, 2020.)

According to the new hours rules, such an off-duty break must at least be two hours long to enter the split sleeper cycle and stop the 14-hour clock. My break is three, so I’m now in split sleeper, the clock stops ticking away my available time, and, back on-duty at 5, I still have both 7 on-duty and drive hours available, despite the shipper’s long delay earlier, plenty of time to get to where I’m going — to stage to unload tomorrow with an early afternoon appointment time. (Again, the bold red line near the latter part of the day in the grid above is showing where the time would run out under the rules we have today, which don’t allow you to stop the 14 with a short break/nap like this. Come Sept. 29, it will be possible.)

For those who remained mystified by the new up-to-7/3 split, I hope this helps. And if you’re not so mystified: feel free to offer corrections and clarifications if I’ve missed anything.

If anything’s unclear, hit me with a message or a call with a question — leave them on our Overdrive Radio podcast line at 530-408-6423 and maybe I might just try to answer them in a future audio edition. 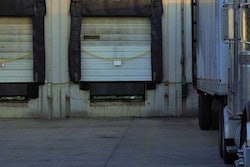 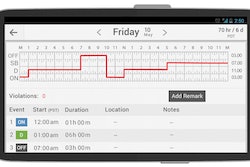 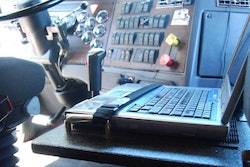