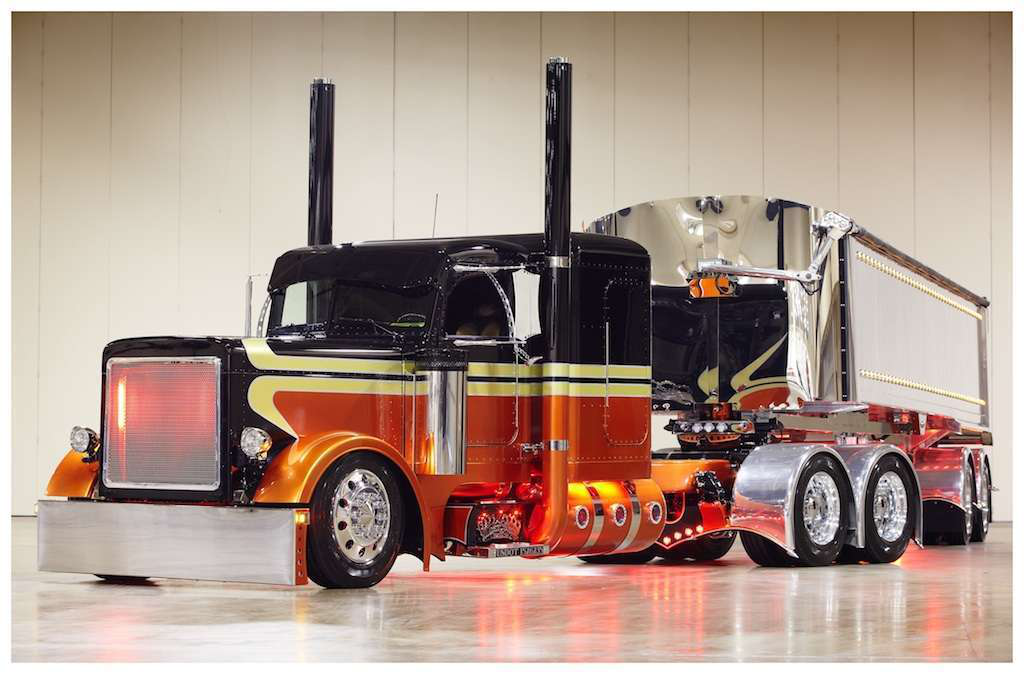 “When I was younger, I used to do some stupid stuff,” says John O’Keefe of the name and subsequent theme of the ’07 Peterbilt 379 Legacy Class Edition he drives for Clean Slate Environmental, owned by Todd and Beth Roccapriore.

When he got his CDL three years ago, though, “everything changed,” he says, and Todd Roccapriore acted as a mentor for the 24-year-old driver. It was Todd, too, who gave O’Keefe the chance at building a custom truck.

All of the work was done in Clean Slate’s Hebron, Conn.-based shop by O’Keefe, Roccapriore and Andy Geary, a local body shop owner and good friend of O’Keefe.

They started by suiciding the truck’s doors and adding train horns, but their ambitions to build a one-of-a-kind show rig pushed them to keep working long days and nights to build what rolled into Wildwood, Fla., in April to claim Best of Show, Working Combo, and the group’s eventual National Championship crown in Dallas.

Todd “is always thinking outside of the box … and his mind goes a million miles a minute,” O’Keefe says. The truck’s highlights include faux stacks painted to match the truck’s paint scheme, decorative holes in its fuel tanks and more than 400 lights – all of which are hidden from view until turned on, save for the truck’s headlights and taillights.

They also adorned the rig with brass-knuckle style accents throughout, including the intricate work on the mirror brackets.