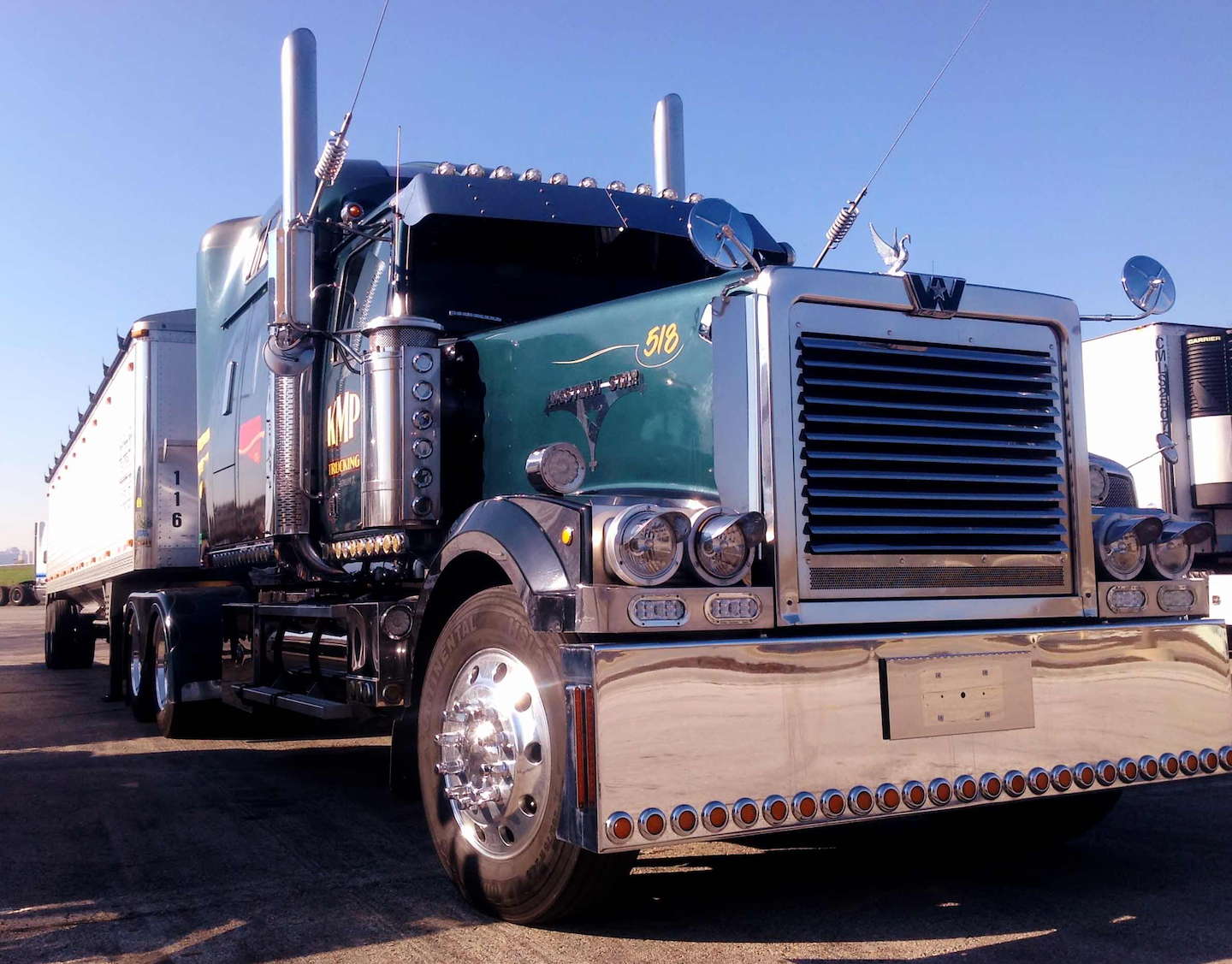 KMP Trucking independent owner-operator Dan Braun, 25, hauls out of Vermillion, S.D., in this 1999 Western Star 4964, powered by a turned-up 600-hp Detroit engine and a 10-speed Eaton transmission. With full custom fenders over the drives, a chromed-up back-of-cab and no shortage of running lights that cut a bright figure in the dark of the truck lot at Harrah’s Hotel and Casino in Kansas City, Mo., Saturday evening, the truck won First Place in Rigs and Rides magazine‘s first Pride in Your Ride contest at the Truck Driver Social Media Convention. 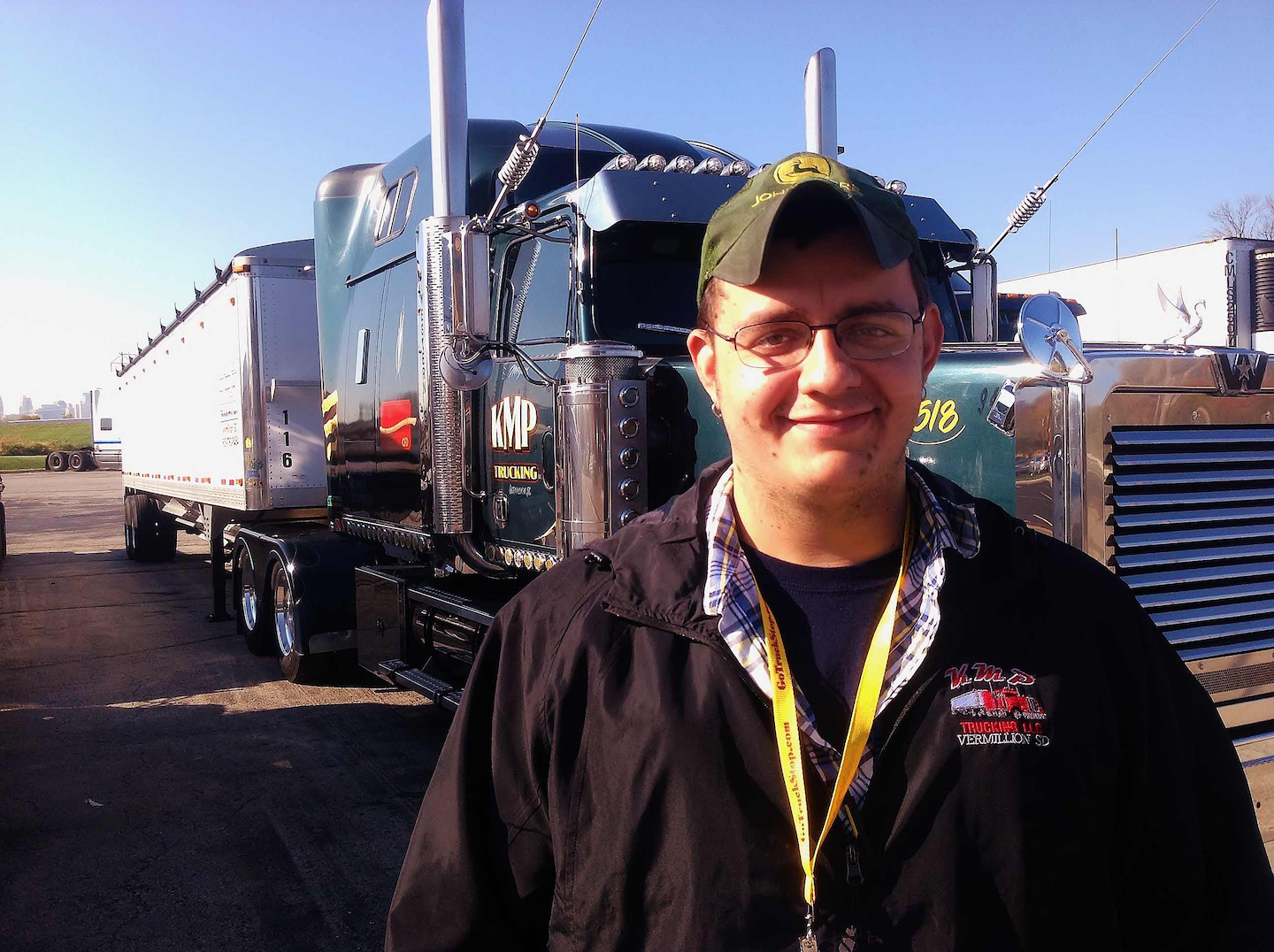 Braun (pictured), pulling a white hopper bottom trailer by Timpte, is a recent survivor of melanoma skin cancer, which affected a portion of his back. He’s been working with 4 State Trucks’ Bryan Martin among others to move toward turning a similar trailer into a rolling memorial to those whose lives have been affected by cancer, he says. “The trailer will be full of names of people who have been touched by cancer.”

The names will be painted between the framing rivets on the white side panels of the trailer, Braun says, and he’ll start with people he knows and branch out from there until he has both side panels covered. He explains the idea in the video below, and you can find more detail shots of the truck in the gallery that follows.

Runners-up in the Pride in Your Ride truck show were as follows: 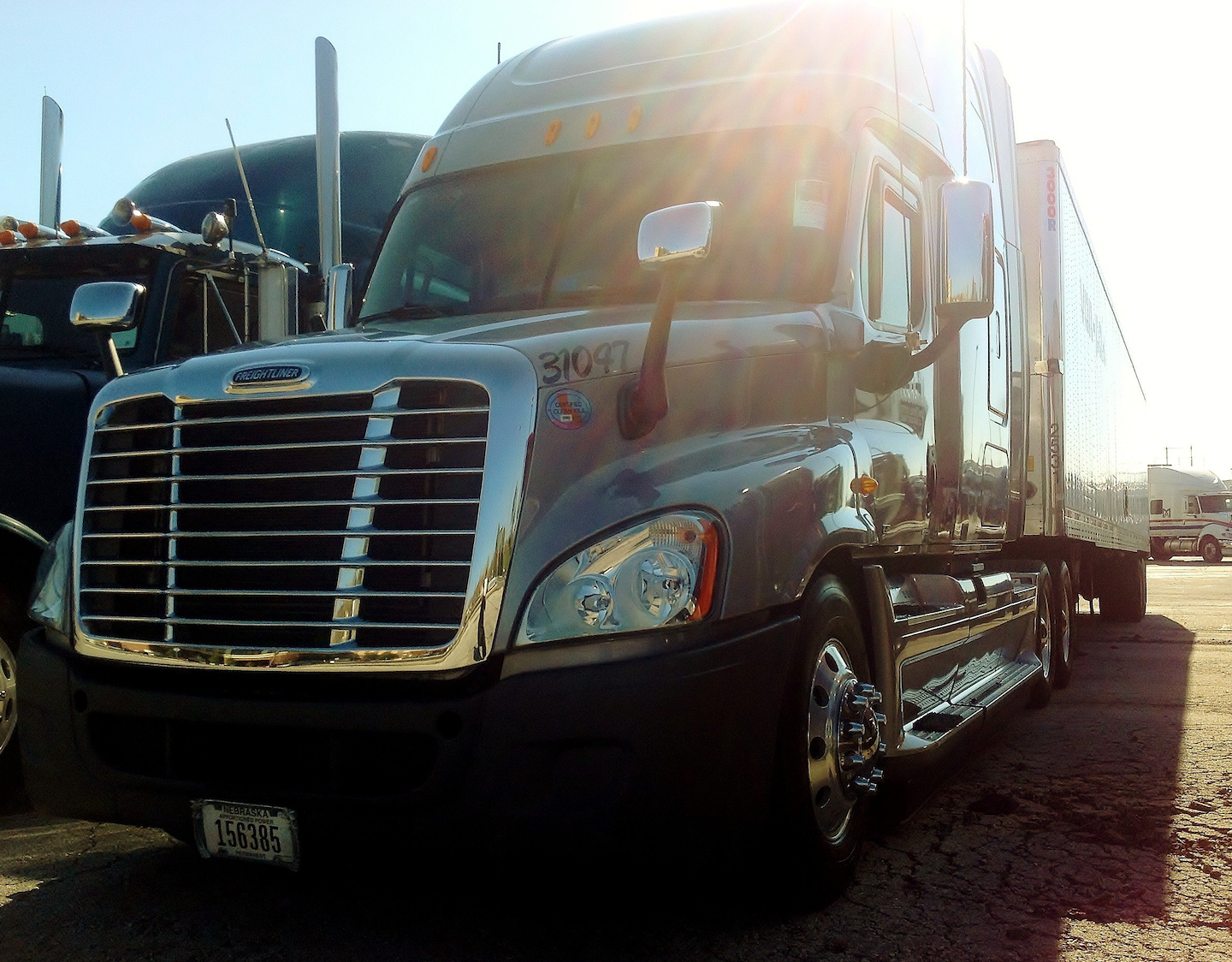 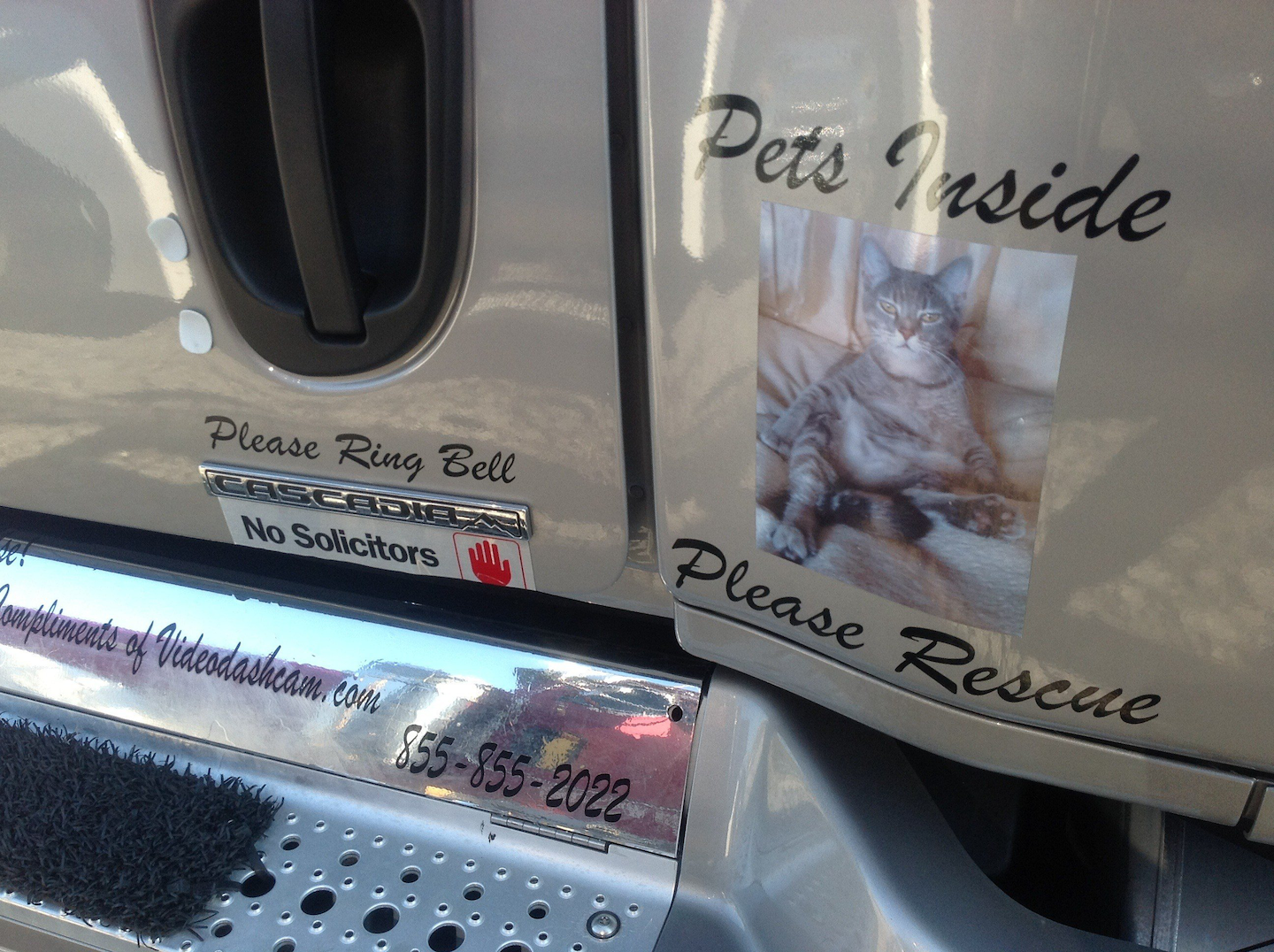 Third Place: Owner-operator Lee Fisher, leased to Moore Brothers of Norfolk, Neb., hauled in third for his 2006 International 9400i, loaded with I-beams destined for parts north during the show. Enjoy the pictures below. 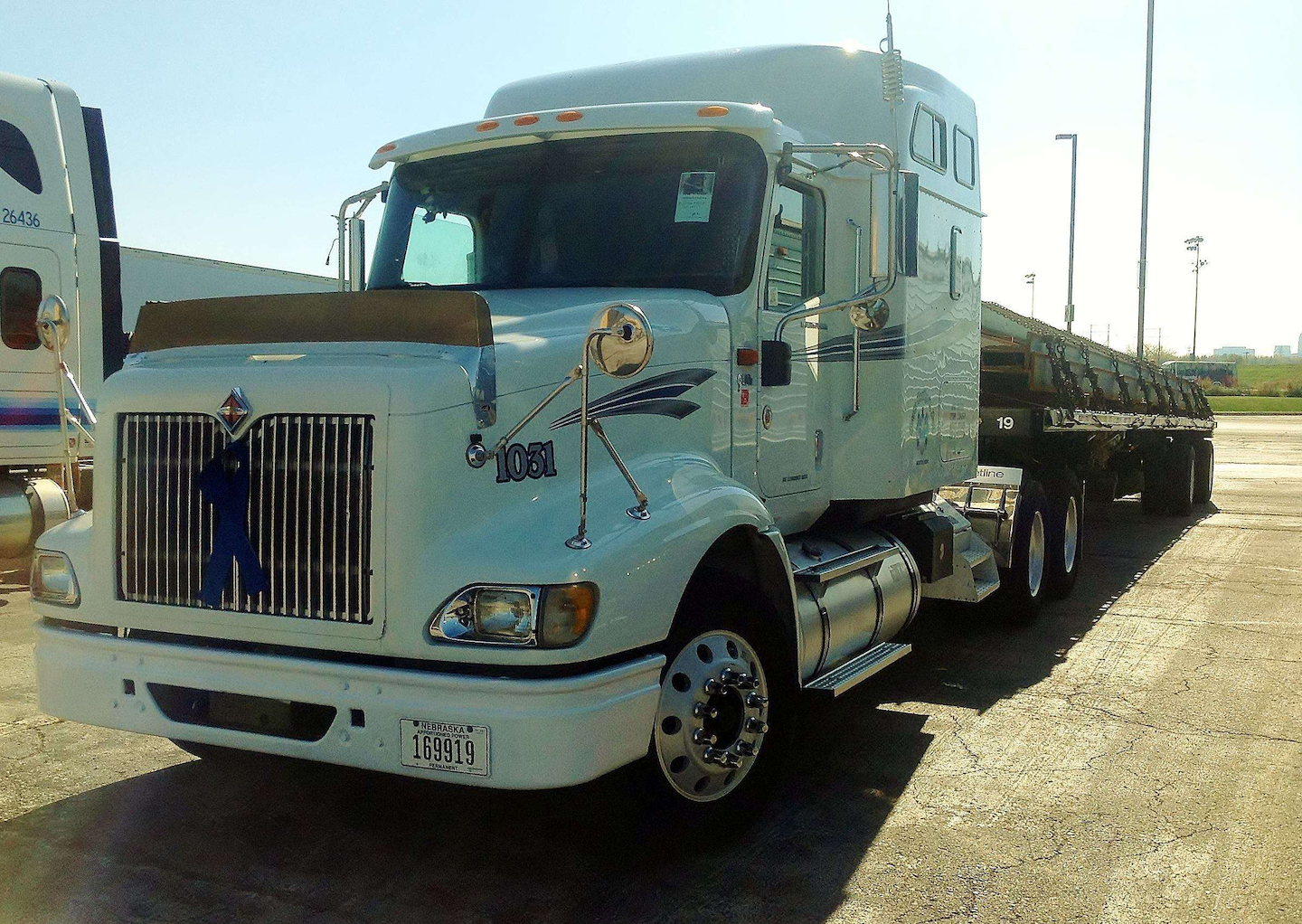 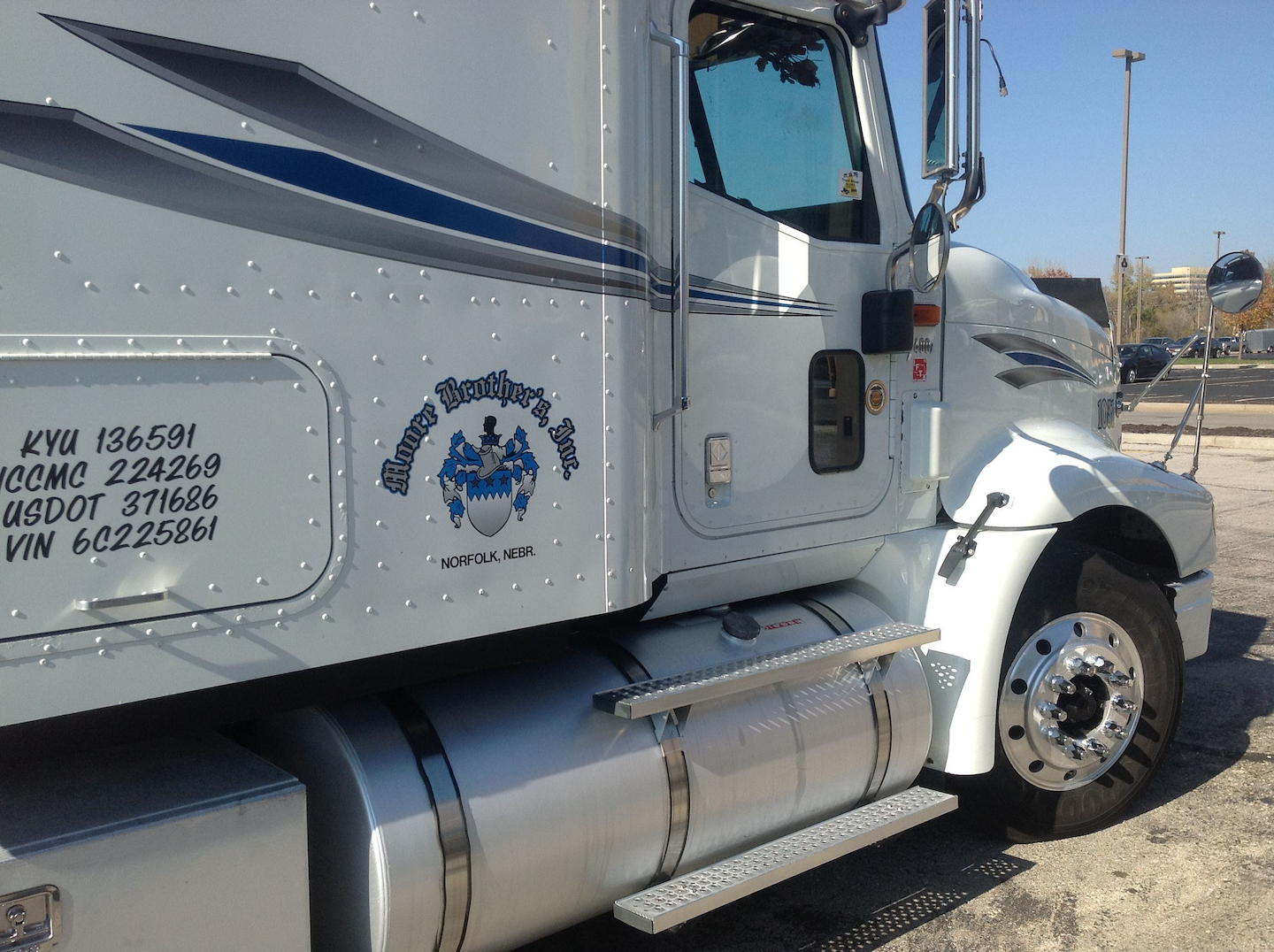