Rare 1921 White restored, readied to run after 55 years in the garage

White Motor Company sent only 38 trucks to California from the company’s Cleveland, Ohio, factory in 1921, says Bob Burg, the new owner of a 1921 White five-ton truck he recently purchased from the widow of the previous owner in Yucaipa, Calif.

Burg restored the truck in his garage in December and January. While doing so, he found a manufacture number on the truck’s frame, which he used to trace the truck back to an October 1921 manufacture date via White’s online truck registry.

“When I bought it, I gave it a slight cosmetic restoration, but mechanically, it was in pretty good shape. I think [the previous owner] cared for it until he passed seven years ago, and it had just been sitting since then, so it had seven-year-old fuel and other things that needed work.”

The truck’s previous owner bought it in 1962 and kept it in Yucaipa, Calif., Burg says. To his knowledge, it was mainly garage-kept over the years.

Burg says once he drained and replaced the fuel and added new spark plugs, he “turned the crank on the front of the truck and it started right up.”

The truck still has its original engine and driveline, wood floor, firewall and bed. Additionally, it still has the original oil gauge (a piece of glass on the dash that shows the oil level), the original signal arm and mechanical brakes.

When he ran the truck’s number in White’s registry, he discovered most of the 1921 California-bound Whites wound up in the San Francisco area, to either help build bridges in the city or to be used by bakeries as delivery trucks. White Motor Company was in business from 1900 until 1980, when it went out of business.

Burg, the owner of Bald Eagle Movers in Fallbrook, Calif., plans to utilize the truck in his business for smaller moves around town. “I want to get it out there and let people see it,” he says. He will also be taking the truck to some shows, including the American Truck Historical Society’s event in Perris, Calif., on May 4-7.

Unfortunately, Burg says he doesn’t know how many miles the truck has on it because the cable linking the speedometer to the front wheel was broken when he bought it. “They designed their trucks to last a long time and to be cheap to operate,” he says. “I can already tell this one is that way. It’s a simple truck.” 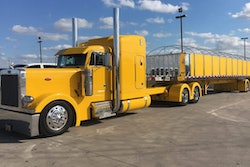 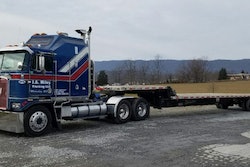 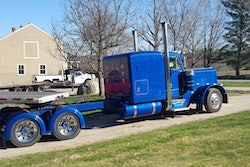 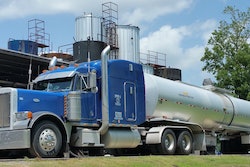