This ‘shaggin’ wagon’ is built for heavy-haul 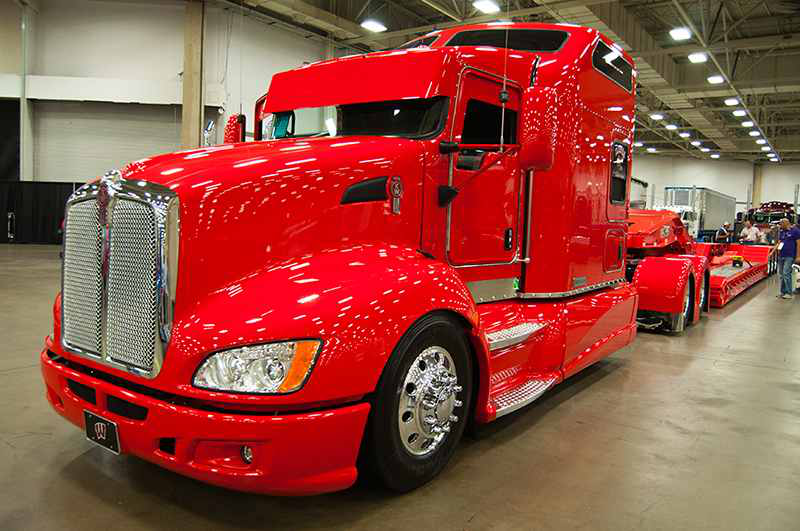 Two women looking into the sleeper window of the Dawes’ Contract Carriage’s Kenworth were tickled by the fancy interior: Red shag carpeting, a small disco ball and button-tufted upholstery throughout.

“It’s a shaggin’ wagon!” said one of the admirers, viewing the truck on the opening day of the Great American Trucking Show in Dallas. 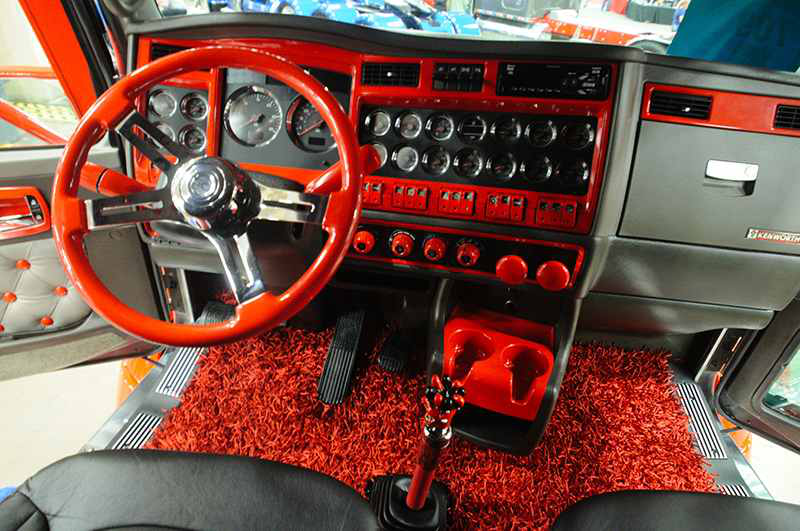 Joel Dawes, owner of the Waterford, Wisconsin, company, said later that’s a fair description, though that wasn’t his intent with the custom design. “We’re having fun with it,” he said of the overall custom design. “We wanted to have something that nobody else shows that has a wow value.”

The upholstery’s 800-plus buttons are a “wow” in themselves. “Each button had to be sanded down, primed, painted and clear-coated to match the truck, said Dawes driver Bubba Branch, an owner-operator who handles the company’s heavy-haul division. “That’s a lot of work.”

The viper red paint scheme, with black accents, was inspired by the school colors of the University of Wisconsin, where Dawes’ daughter is enrolled. 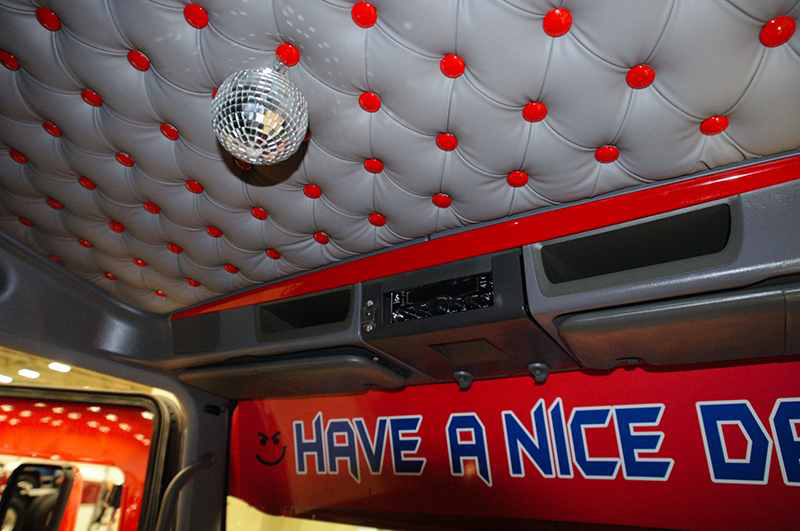 More than 800 upholstery buttons add a classy look inside, highlighted by a small disco ball.

Dawes runs 10 or 11 reefer trucks, but the 2016 Kenworth T660 at GATS is one of two trucks that handle heavy-haul, Branch said. The truck is entered in Overdrive’s Pride & Polish competition at GATS as a combo, pulling a 2017 50-ton Globe triaxle RGN.

“We’re permitted on six axles for 127,000 pounds,” Branch said. They’re looking to build another rig with seven axles, permitted for 147,000 pounds. They haul construction equipment and other over-dimensional freight. “If we can fit it, we’ll move it.”