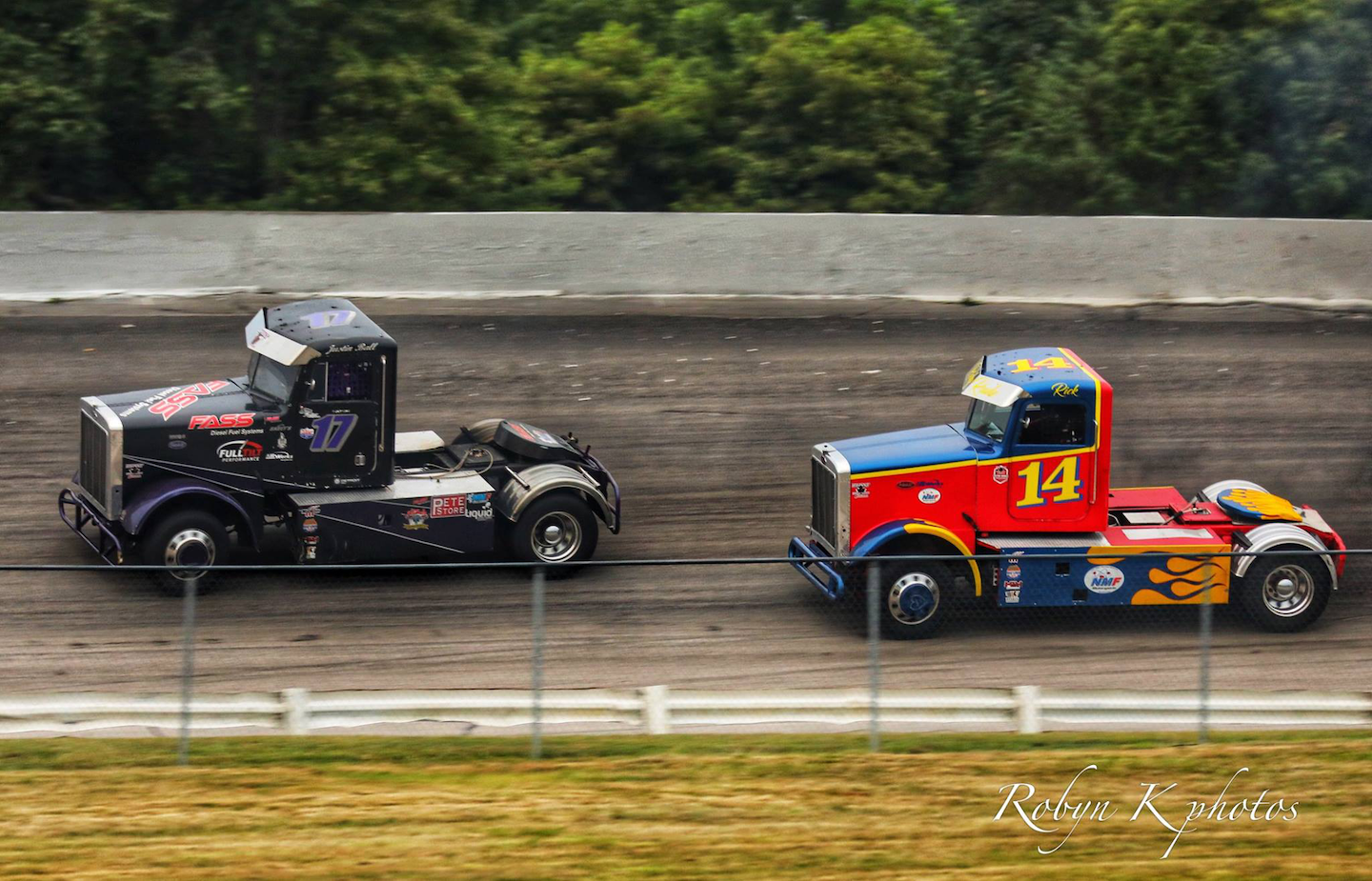 Ricky “Rude” Proffitt will look to add to his points lead when the Bandit Big Rig Series returns to action Saturday at Elko Speedway in Elko, Minnesota. (Photo by Robyn Kruckeberg)

The Minimizer Bandit Big Rig Series is going to its home state of Minnesota this Saturday, Aug. 25, for a race at Elko Speedway just south of Minneapolis. Minimizer and the series are based in nearby Blooming Prairie.

Series points leader Ricky “Rude” Proffitt will again be looking to extend his already large lead over the rest of the field with three races remaining on the schedule. His two wins and six top five finishes in eight races have him leading the pack by 612 points.

Minimizer CEO and racer Craig Kruckeberg has been improving on the track of late, earning his best-ever feature race finish two weeks ago at Hickory Motor Speedway, where he finished second. He will be looking to earn his first win at the series’ home track.

Tickets for Saturday’s race are available online for $25 for adults and free for children 8 and under. Racing begins at 7 p.m., but there will be events throughout the day with the Minimizer Fan Series truck show, a driver meet and greet from 4-6 p.m. and more.