The second race of the 2019 Bandit Big Rig Series slate is set for this Saturday, April 27, at Myrtle Beach Speedway in South Carolina.

Rookie truck racer Bendegúz Molnár will look to repeat his performance from the season opener at Mobile International Speedway in Alabama, his first race in a truck and on an oval track, in which he held off two-time defending series champion Ricky “Rude” Proffitt for the win.

The Bandits were scheduled to race at the half-mile oval in Myrtle Beach last September, but it was canceled due to Hurricane Florence.

“We’ve had our eye on this one since last year when Mother Nature sent a hurricane through the region and we had to postpone the race until 2019,” said Jason Johnson, Bandit Series general manager. “So now it just builds on what we had originally planned.”

Tickets are on sale online for $15 with children 8 and under getting in free.

The event will kick off Saturday with the Bandit Fan Series Truck Show at 1 p.m., followed by a meet-and-greet with racers at 2 p.m. and racing at 4 p.m.

Diesel Laptops is also hosting a Technician Skills Challenge at the track Saturday. Technicians can take a short written test to qualify, then will compete in a timed hands-on challenge in which they will be asked to connect to a Class 8 truck and perform diagnostics, which may include reading faults, changing parameters, using live data and following a troubleshooting tree to diagnose an issue. Techs can register here for the contest. 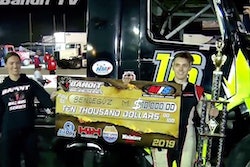 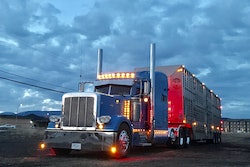 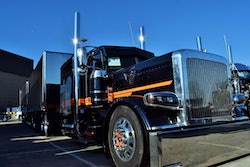 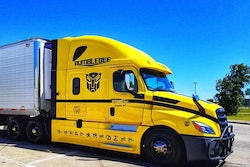