Bandit Series gears up for Kalamazoo Speedway in Michigan 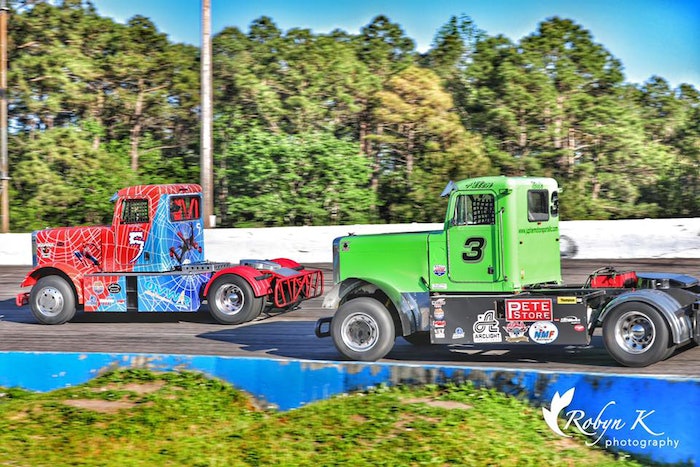 Race fans near Kalamazoo, Michigan, will have the chance this weekend to catch the “Iron Giants of the Asphalt” in action as the Bandit Big Rig Series descends on Kalamazoo Speedway on Saturday, Aug. 17.

With four races remaining on the schedule, Bandit Series racers will be looking to improve their chances at winning the overall points championship this season.

Tickets for this weekend’s race are available online for $15. Children 8 and under get in free. The day’s events will kick off with the Fan Series Truck Show ongoing throughout the day. Track gates will open at 3 p.m., and racing action will begin at 7 p.m. Bandit drivers will meet and greet fans from 5-6:15 p.m. at the track.

This will be the first time the Bandit Big Rig Series has taken on the 3/8-mile track in southwest Michigan.