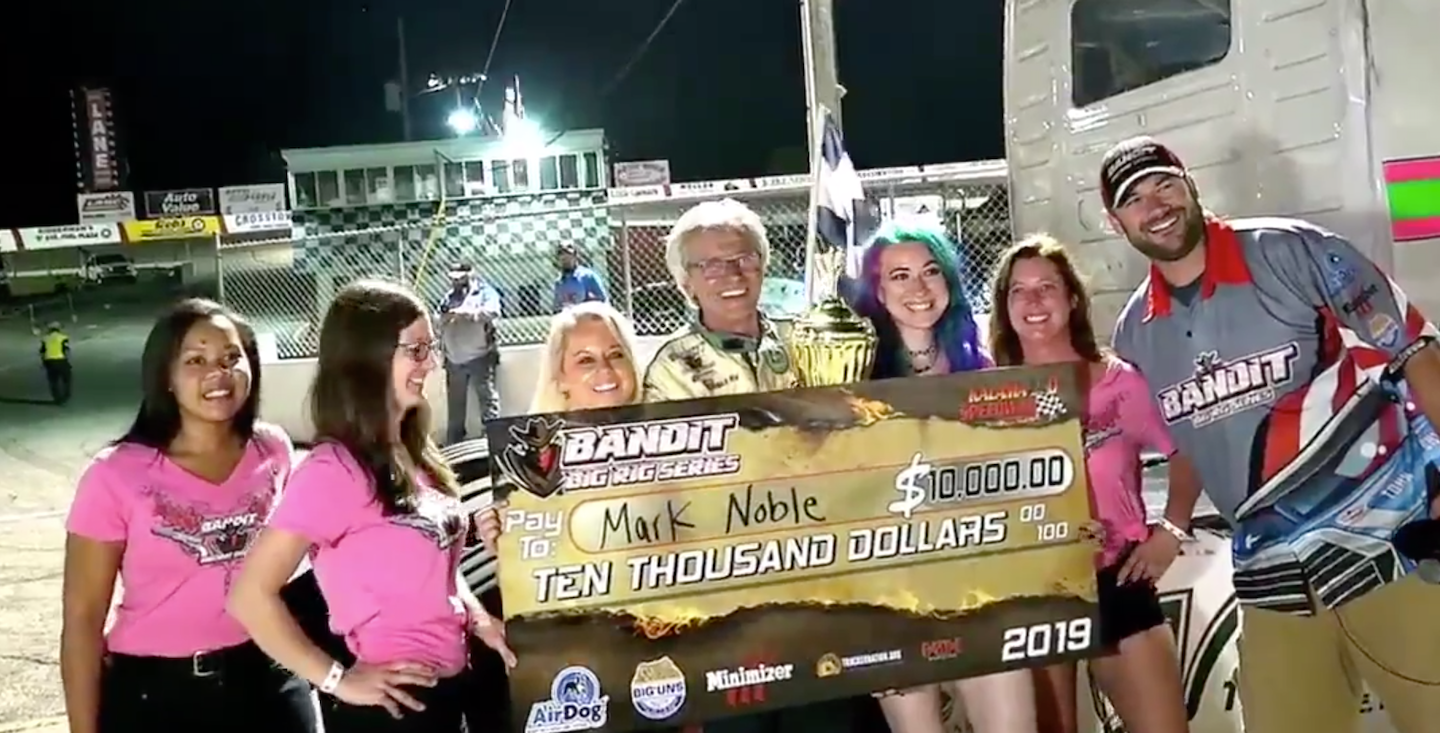 Mark Noble (center) claimed his first Bandit Series win of the season and the second of his career Saturday, Aug. 17, at Kalamazoo Speedway in Michigan.

Long-time short track racer Mark Noble put the expertise gained from 600-plus career wins to good use this past weekend at Kalamazoo Speedway in Michigan to win his second career Bandit Big Rig Series race and his first this season.

The Minnesota-based racer started the Aug. 17 feature race in eighth out of 15 trucks. By the midway point in the 30-lap race, he was able to dive under pole-sitter Austin Hoppe and take the lead for good.

After starting the race in the lead, Hoppe and Marshall Davis collided coming out of turn four on the first lap, sending Davis into the wall and prompting a caution flag to fly. On the restart, Hoppe holds his lead until the next caution on lap nine that flew when Luke Whitmire and Brian Bayer collided, causing Whitmire to spin and ending Bayer’s night.

Hoppe once again restarted in the lead and held off Bob Mitchell on the restart. Noble made his move for second, then dove inside Hoppe on lap 14 to take the lead for good.

Two-time defending Bandit Series champion Ricky “Rude” Proffitt worked his way up from his 11th-place starting position to second place, but he couldn’t catch Noble before the end of the race.

After the win, Noble moved up into second place in the overall points standings behind Proffitt. Twenty points separates the two racers with three races remaining on the schedule. Allen Boles is just five points behind Noble for third in the standings.

The Bandits will be off for a week before returning to the track Saturday, Aug. 31, at Five Flags Speedway in Pensacola, Florida.