Part of the multi-fleet, multi-generational Hall clan out of San Antonio, the video above features Bill Hall talking about his 2007 Peterbilt 379 Legacy Edition, a special edition Pete among the last of the 379s ever built. The Halls, made up of a band of several full families, haul aggregates and other dump loads mostly in the San Antonio area. 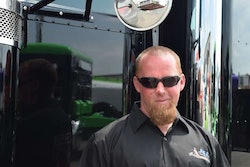 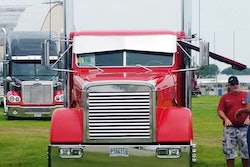 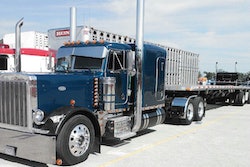