Dave Tompkins, out of Scranton, Pennsylvania, doesn’t work in the trucking industry anymore (he only spent a few years driving in his late 20s), but he has always loved trucks and, specifically, Peterbilt’s classic 359 model rigs.

That led to Tompkins contacting Kevin Love, the owner of Stretch Customs in Wingham, Ontario, Canada, to build the truck of his dreams to take to truck shows and participate in local events with. Tompkins and Love had the truck on display at the Mid-America Trucking Show in March, where it picked up awards for Best Limited Bobtail Custom Paint and Graphics and second place for Limited Mileage Bobtail without Working Miles. The dash panel is from Rockwood, while the gauges are from Stewart Warner.

As Love describes in the video above, the project started with just a cab that they found in California. They then bought a new hood from Dan’s Shop in Montevideo, Minnesota, then added a 36-inch Unibilt sleeper, which houses an impressive stereo system that pushes out 6,000 watts.

Just about everything else on the truck is new, including the frame rails from PG Adams, which bring the truck’s wheelbase to 325 inches. Under the hood is a C16 Cat with an 18-speed and 3:70 rears. The entire interior is custom-built by Love as well with almond-colored seats and red Rockwood floors and dash.

Tompkins nicknamed the truck “Right On” after Love’s proclivity to using the phrase anytime they were talking about the build. 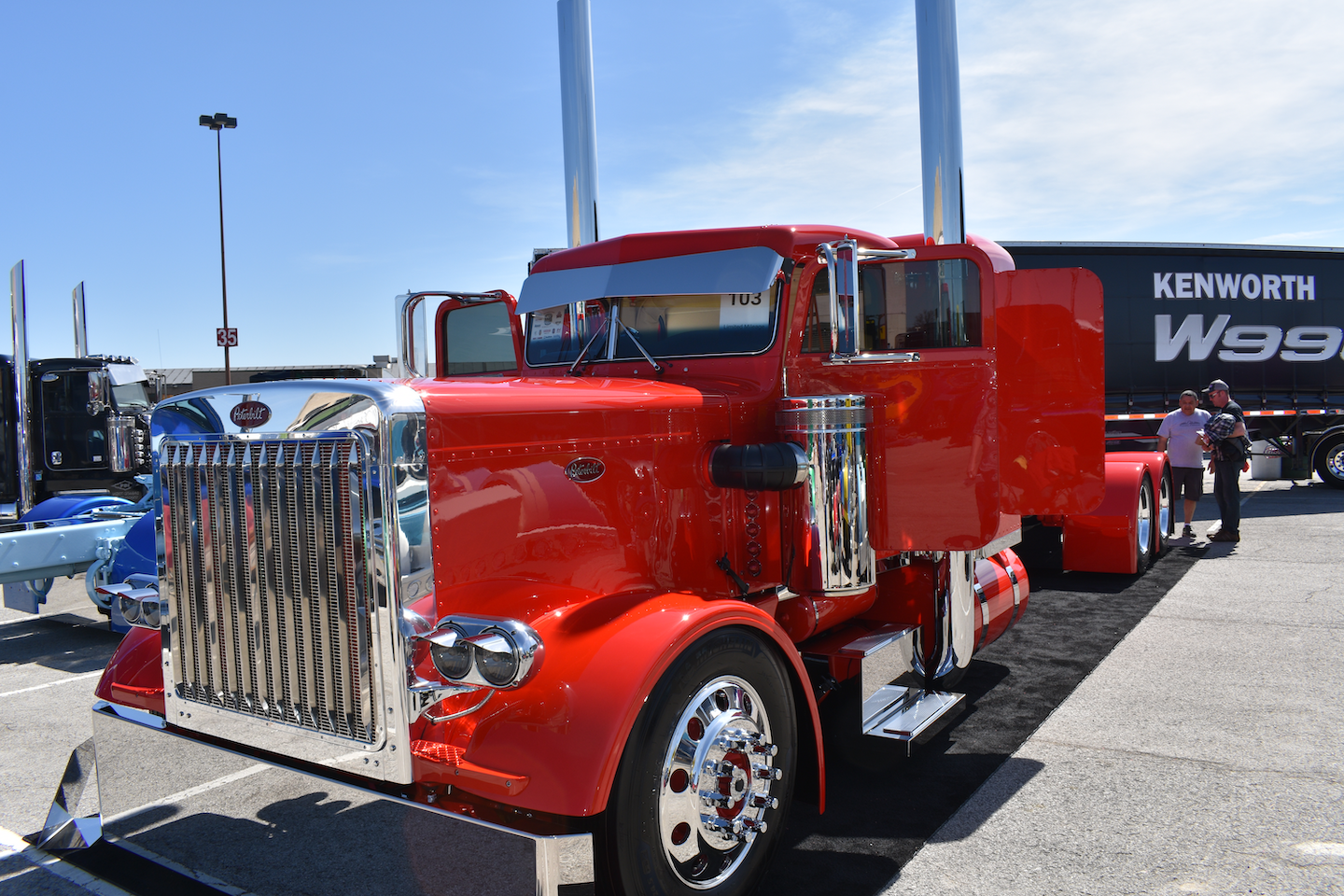 The custom red paint, which Love named “Pull Me Over Red,” was mixed to not have any orange in it. The frame rails, from PG Adams, bring the truck’s wheelbase to 325-inches. Between the rails is a one-piece 16-foot deck plate. Rockwood floors throughout the truck make the interior pop with the almond-colored seats, door panels and sleeper wall panels.
Get the business tips, industry insights and trending news every owner-operator needs to know in the Overdrive newsletter.
Top Stories