A bipartisan bill introduced in the U.S. Senate Thursday that would repeal the 12% federal excise tax on the sale of heavy-duty trucks and trailers has received support from various trucking industry groups.

The bill, S. 2435, which was introduced by Sen. Todd Young (R-Indiana) and Sen. Ben Cardin (D-Maryland). both members of the tax-writing Senate Finance Committee, which has jurisdiction over transportation-related taxes. The bill would help modernize America’s heavy-duty truck fleet and protect the 1.3 million jobs supported by the U.S. trucking industry, according to the Modernize the Truck Fleet Coalition, which includes the American Truck Dealers and other groups.

Repeal of the FET could help fleets to replace older heavy-duty trucks with newer, safer and greener trucks. The coalition is urging Congress to include the Young/Cardin legislation in the bipartisan infrastructure legislation.

The American Trucking Associations echoed the coalition, with ATA President and CEO Chris Spear saying the tax “is a relic from the First World War that’s now serving to keep cleaner, safer trucks off of our nation’s roads today.”

The ATA added that even though trucks are cleaner and safer than ever before, “the FET creates a disincentive for motor carriers to modernize their fleets by placing a punitive surcharge on investments in new equipment. As a result, the average age of a truck on the road today is nearly ten years old."

The FET was first enacted by Congress in 1917 to help fund World War I and is the highest excise tax on a percentage basis that Congress levies on a product, often adding over $20,000 to the price of a new heavy-duty truck. The tax coupled with recent regulatory costs makes it more difficult for small businesses to afford a new truck.

[Related: The coalition that formed in 2019 with goal of repealing the excise tax]

Just a week after the Department of Transportation Office of Inspector General called on the Federal Motor Carrier Safety Administration to boost its CDL oversight, the agency is finalizing a rule that requires states to implement fully electronic transmission of driver history record information through the CDL Information System, including the posting of convictions, withdrawals, and disqualifications.

The final rule, published in the Federal Register Friday, July 23, and effective Aug. 23, requires states to have the electronic systems in place no later than Aug. 22, 2024.

“While all states currently have the technical capability to transmit the DHR information through CDLIS, some [state driver’s license agencies] are unable to do so when the driver information (e.g., driver's CDL number, date of birth, or state of record), required for CDLIS to validate and accept the electronic record, is incorrect or missing,” FMCSA said in the final rule. “Under those circumstances, states must rely on alternative methods of transmission, such as the U.S. mail.”

A 43-year-old resident of Rosharon, Texas, is alleged to have attempted to smuggle dozens of undocumented non-citizens, according to Acting U.S. Attorney Jennifer B. Lowery.

According to the charges, Michael Warren McCoy was stopped on U.S. Highway 59 approximately eight miles east of Laredo.

Law enforcement reports conducting a traffic stop on the truck bearing Texas license plates due to a failure to drive in a single lane. At that time, they cut the seal on the trailer doors and discovered a total of 115 undocumented individuals, according to the charges.

The complaint alleges McCoy expected to be paid $250 for the transport and that he made three previous, similar trips.

If convicted, McCoy faces up to 10 years in federal prison and a possible $250,000 maximum fine. 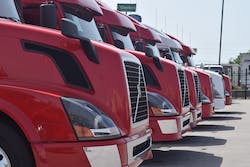 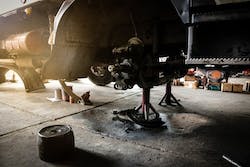 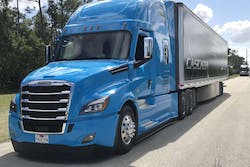 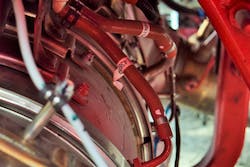