Overdrive and Truckers News want to see photos of truckers’ pets in costume for Halloween. Submit them here. Pets may appear in a future issue of Overdrive, and owners could even win a free pet wash courtesy of Iowa 80’s DogOmat Pet Wash.

Heather DeBaillie, marketing manager for CAT Sale company/Iowa 80 Group  says their locations welcome truckers and their furry companions. “We know your pets mean the world to you, so we invite you to Pamper Your Pooch at Iowa 80! If your furry travel companion could need a little sprucing up, you can get them cleaned and smelling fresh at the DogOmat Pet Wash on site. Pet food, leashes, food and water bowls, toys and more are available in the newly expanded Iowa 80 convenience store. Iowa 80 also offers plenty of areas for you and your pets to stretch your legs outdoors around the property,” she says.

Several drivers have submitted photos of their pets in costume, and we’re accepting submissions through Nov. 1. See a few of the entries below: 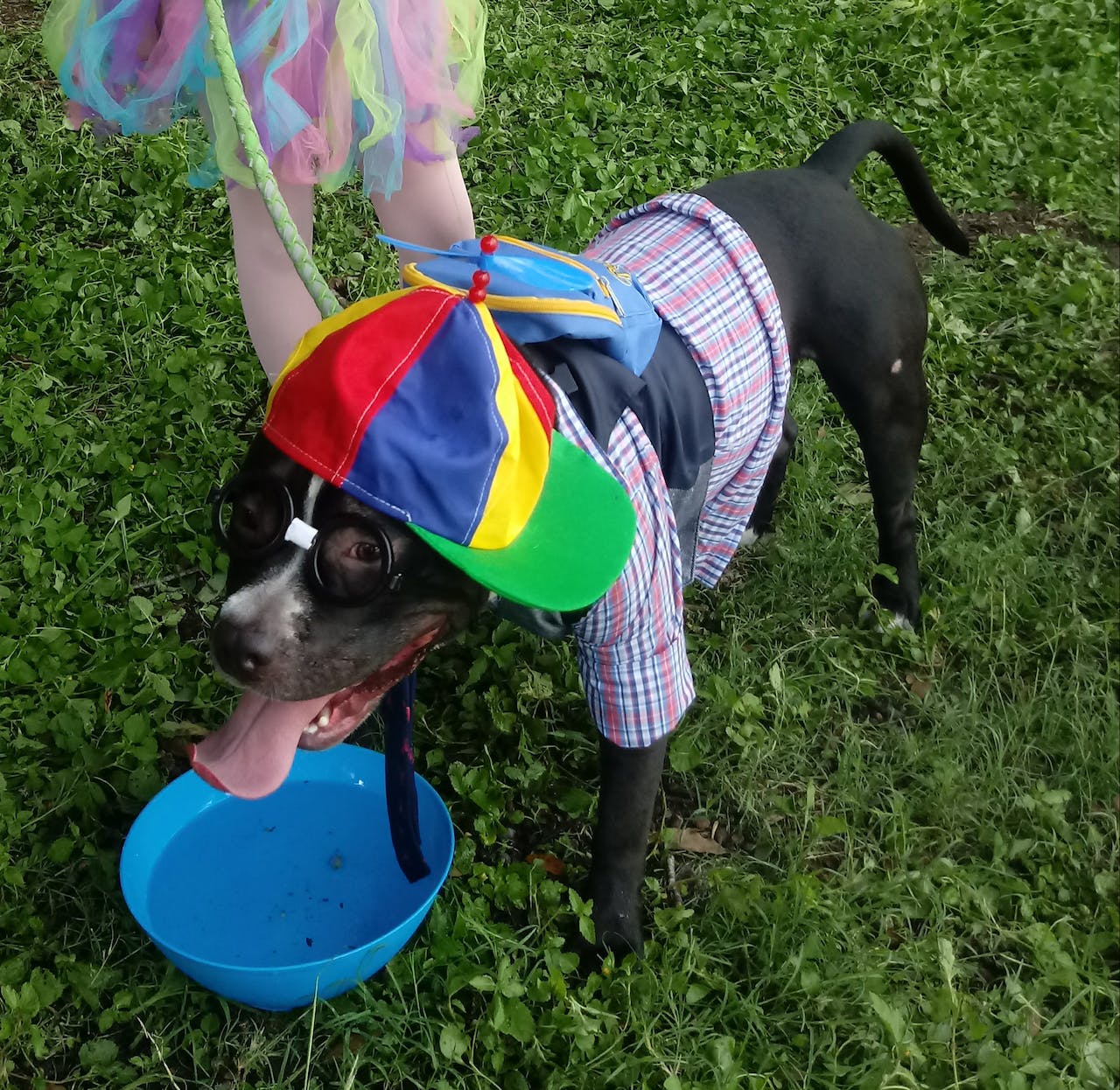 ‘Our baby boy Lincoln Ca$h is so goofy and loves to dress up so what better costume than a cute nerd!!?’ — Samantha Casarez 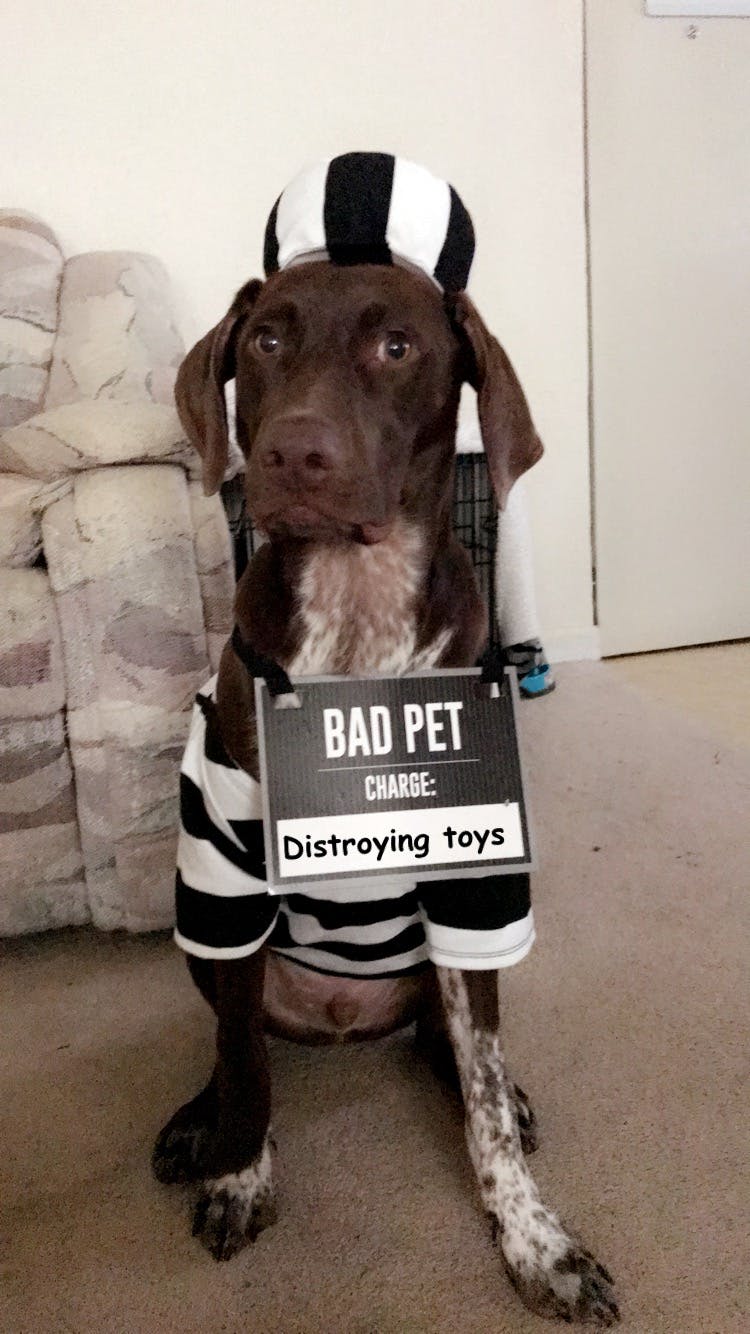 ‘Clyde is a coonhound that loves to destroy emu thing and everything that he can get his paws on but we still love him.’ — Ashley Weingrad 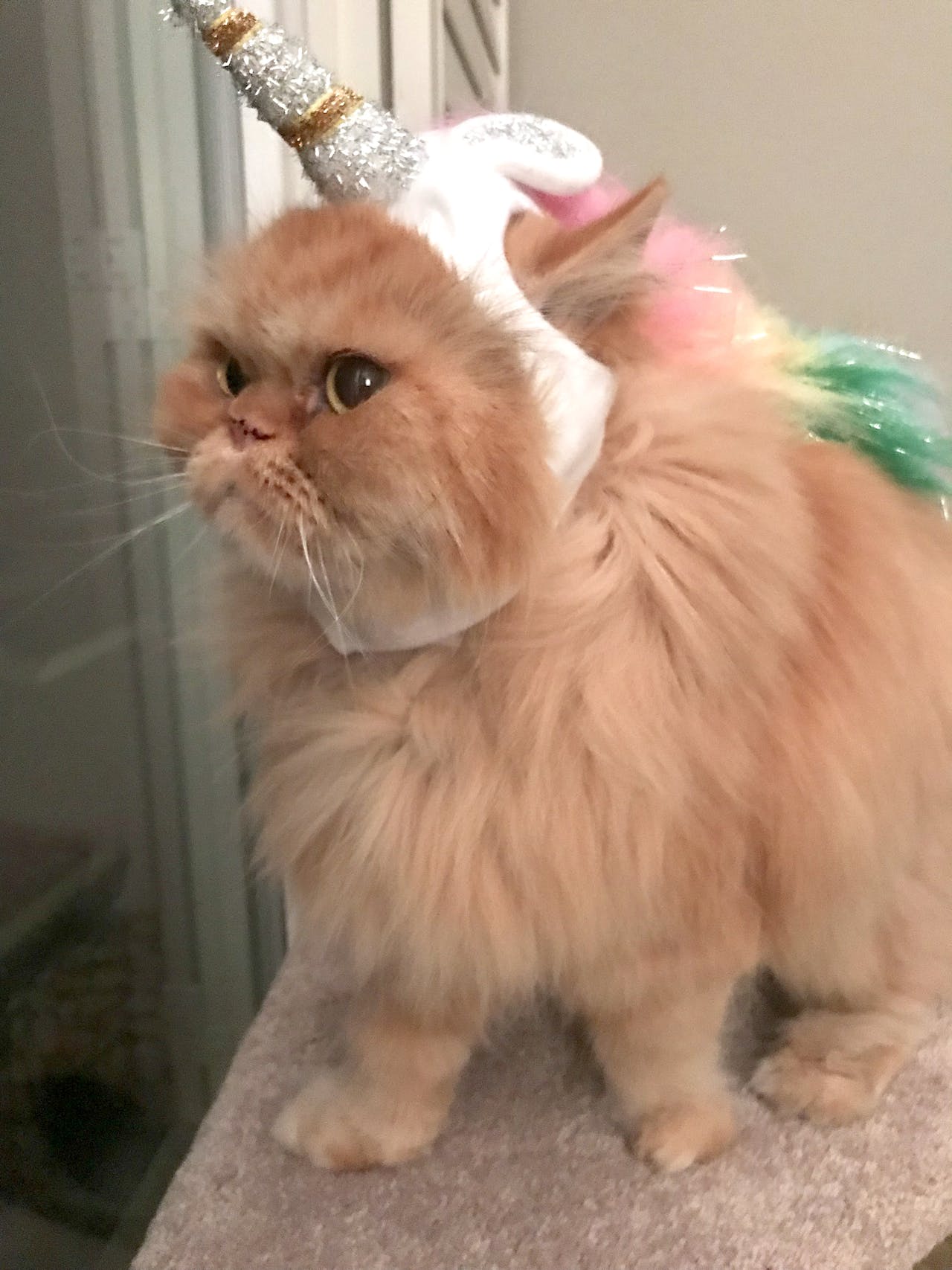 ‘Tucker is a 10-year-old doll faced Persian who lets his mom take silly photos. This year Tucker decided to be a unicorn.’ — Terra Loftman 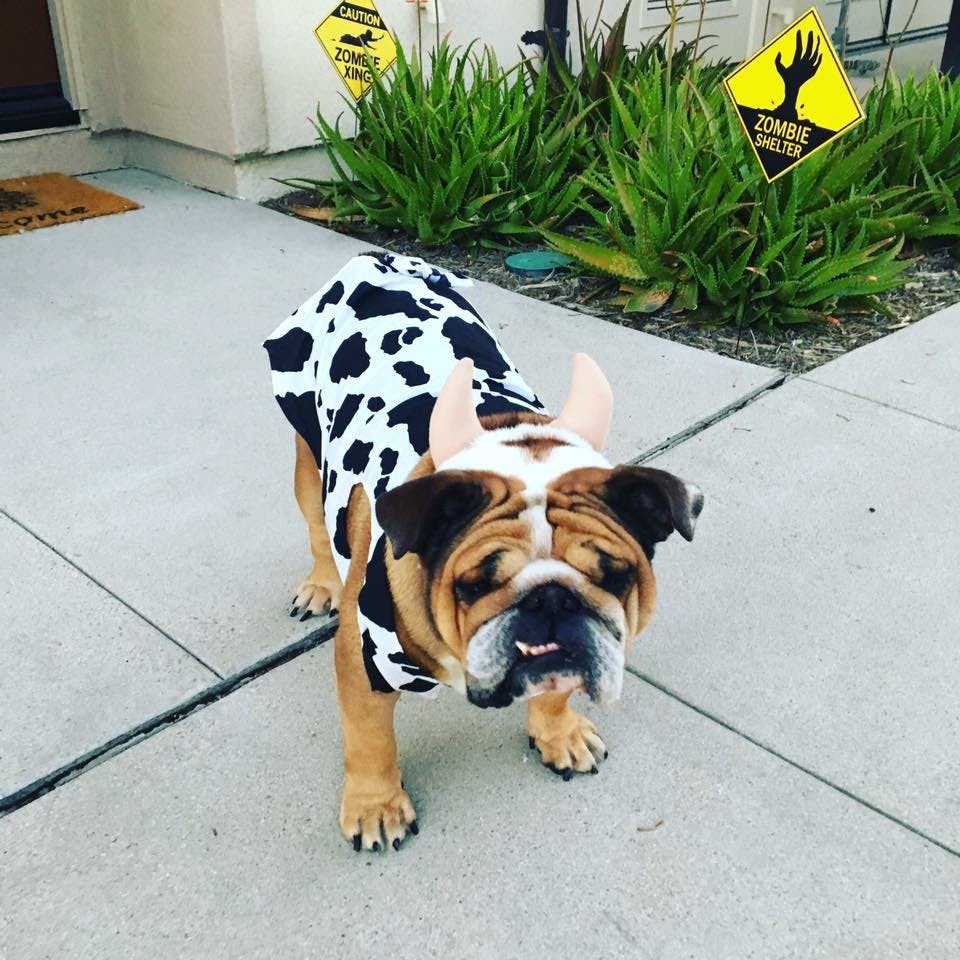 Bambi Sasha is a 6-year-old English Bulldog and this year she dressed up as a cow. She’s a friendly dog and loves to take pictures. — Brenda Aceves 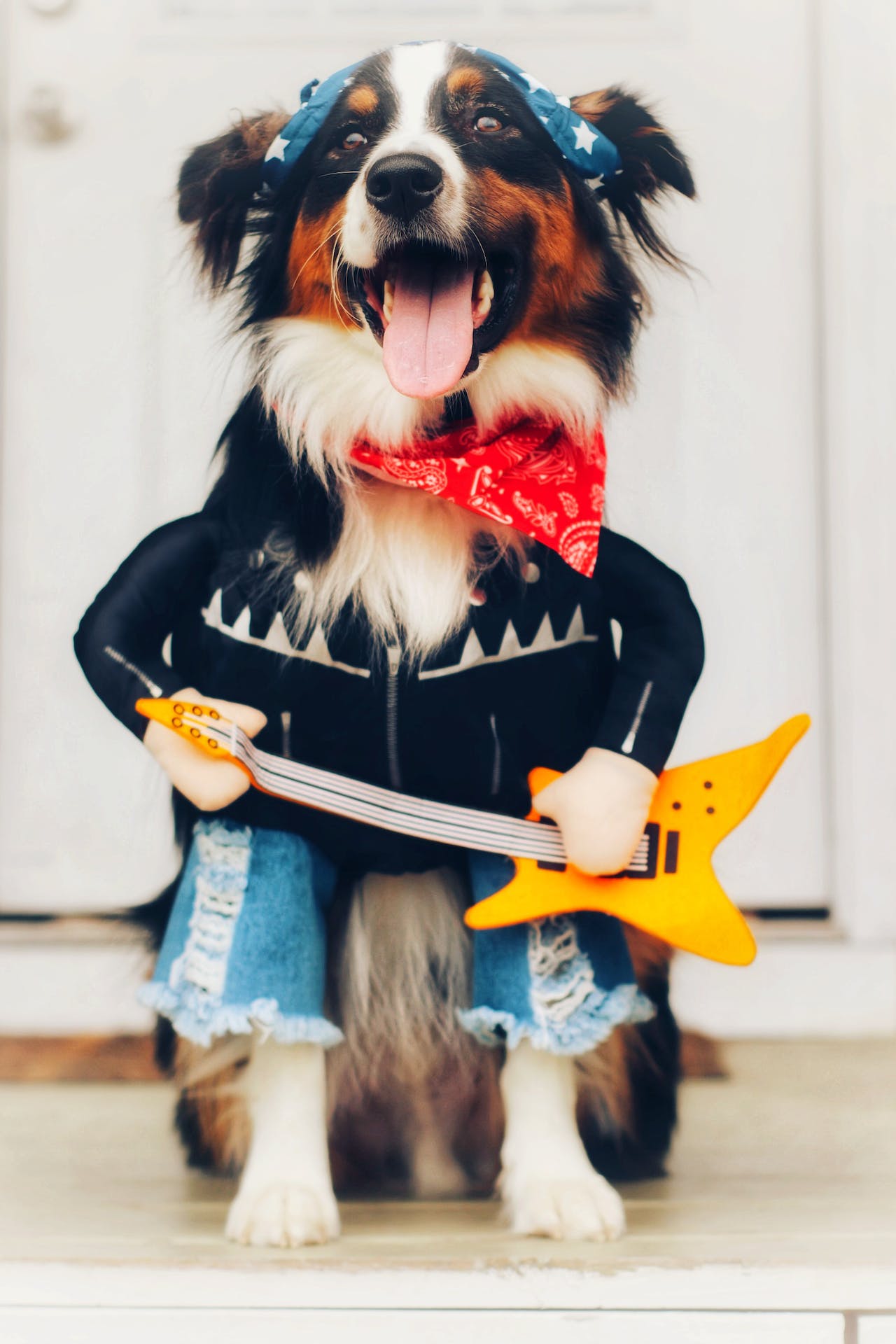 ‘Finnegan is an 11 month old Australian Shepherd. He wants to be a rock star when he grows up.’ — Amanda Cline 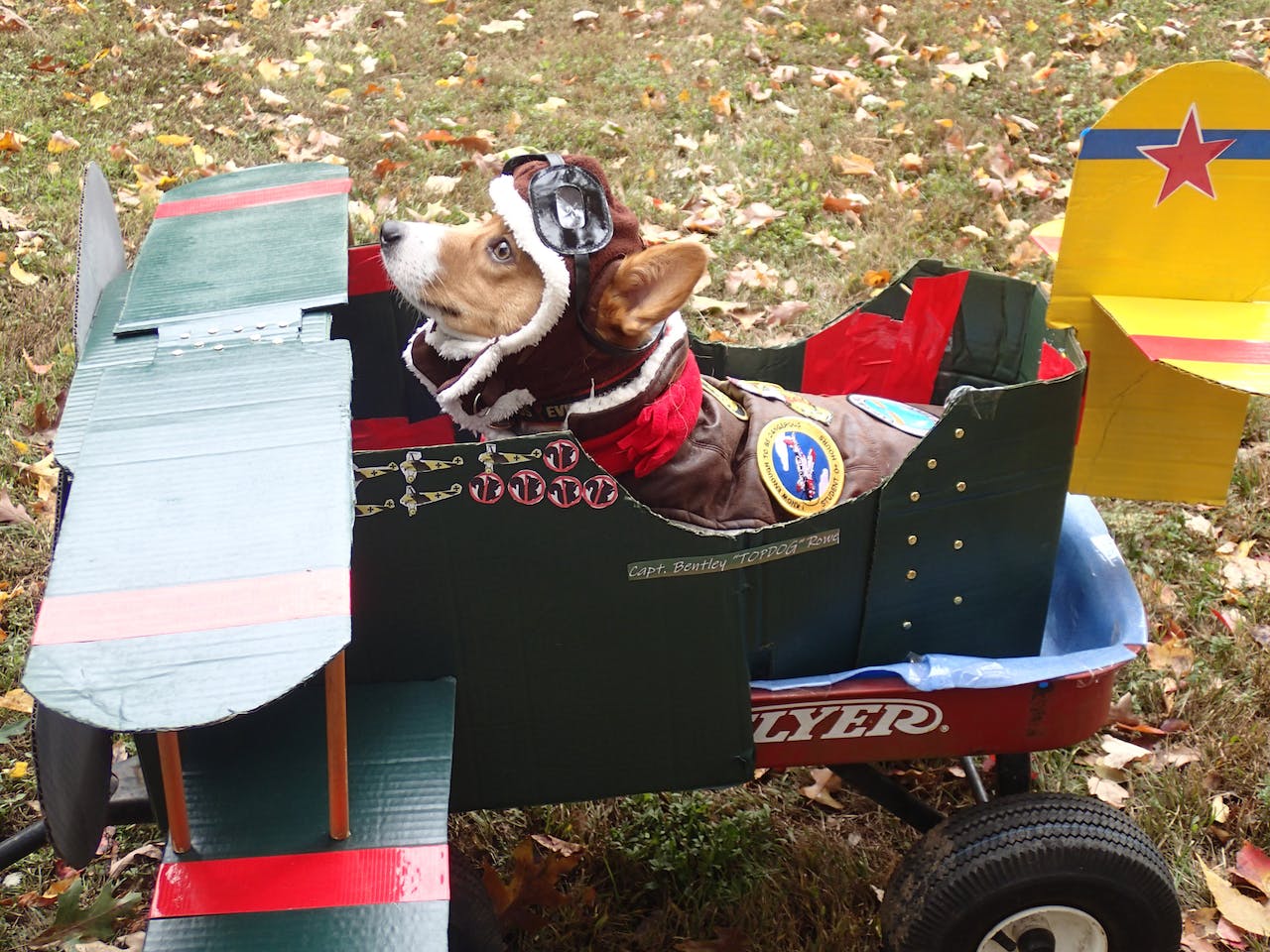 ‘Bentley is a 2 1/2-year-old Pembroke Welsh Corgi who attended a Corgi Halloween party as an Aviator. His jacket and cap were embellished with aviation patches. I mounted his biplane on a wagon and the body of the plane was made from cardboard boxes. I used paper fasteners to create the look of rivets and also used star stickers and tape for the wings and tail. His plane shows how many enemy aircraft and squirrels he has shot down. His name is on the door, “Captain Bentley “TOPDOG” Rowe.’ — David Rowe 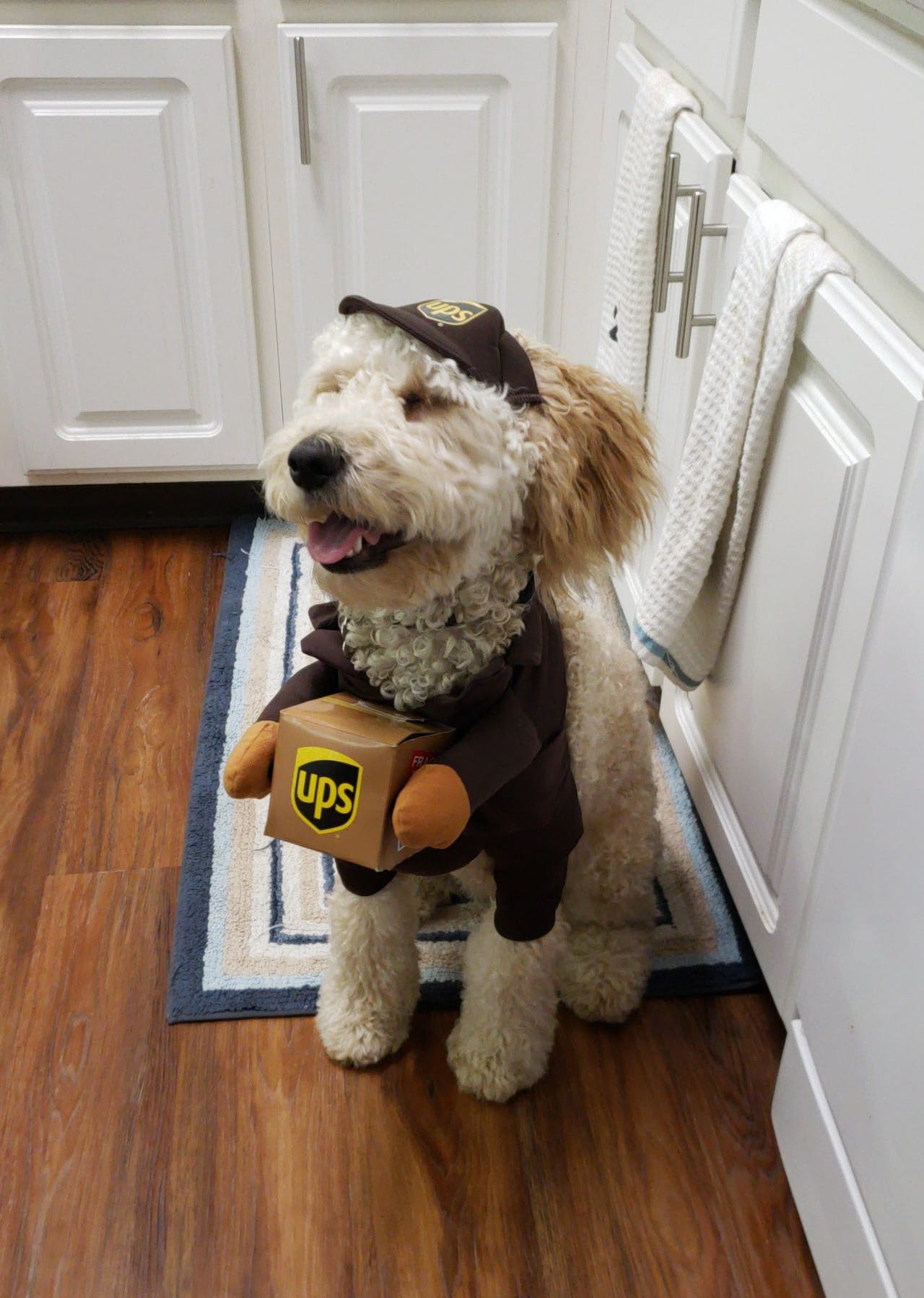 ‘This is Owen’s first Halloween and he just wants to make sure you’re getting your package delivered on time!’ — Nicholas Gass 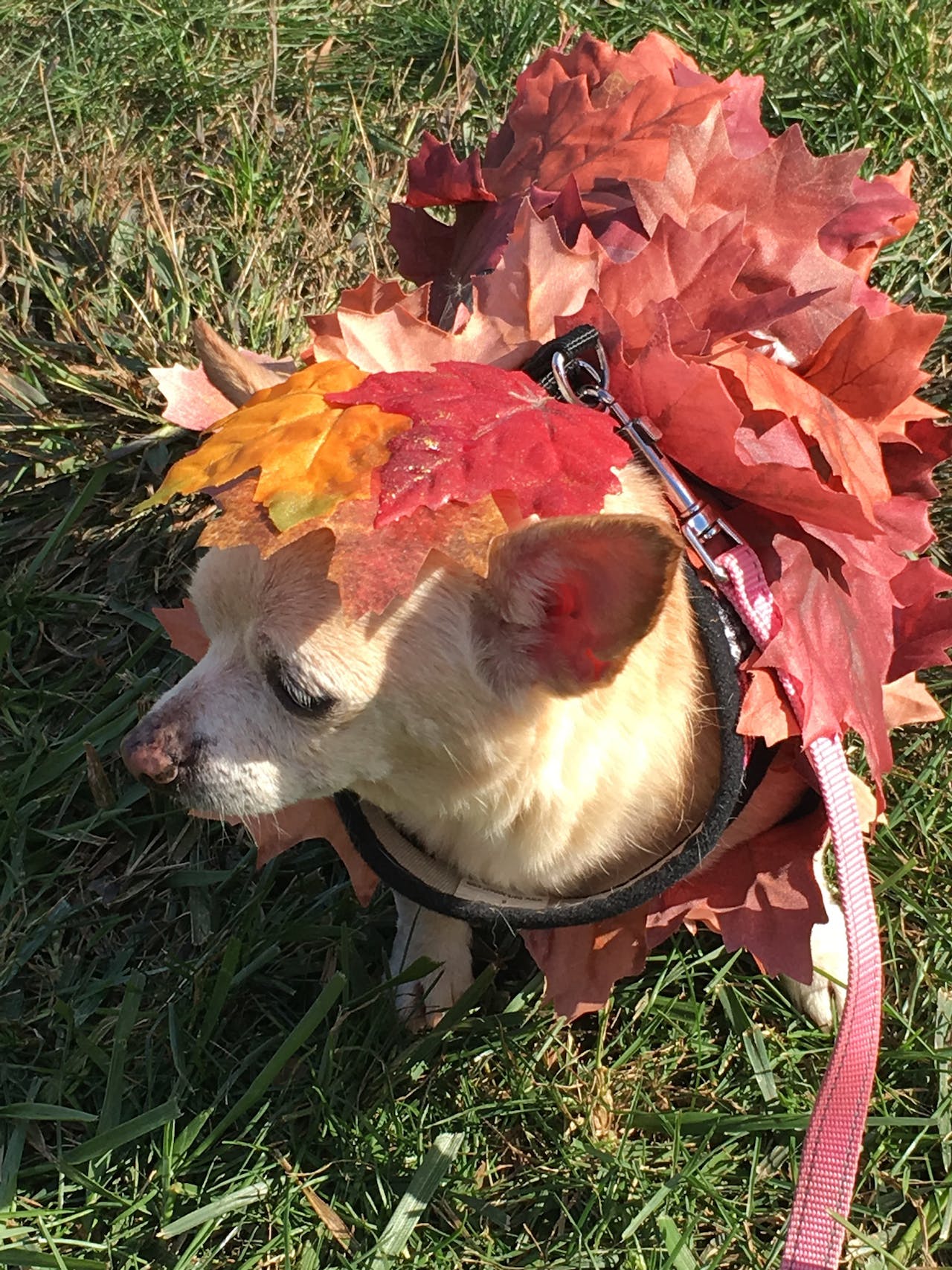 ‘MAPLE is a pile of maple leaves.’ — Kimberly Wasko 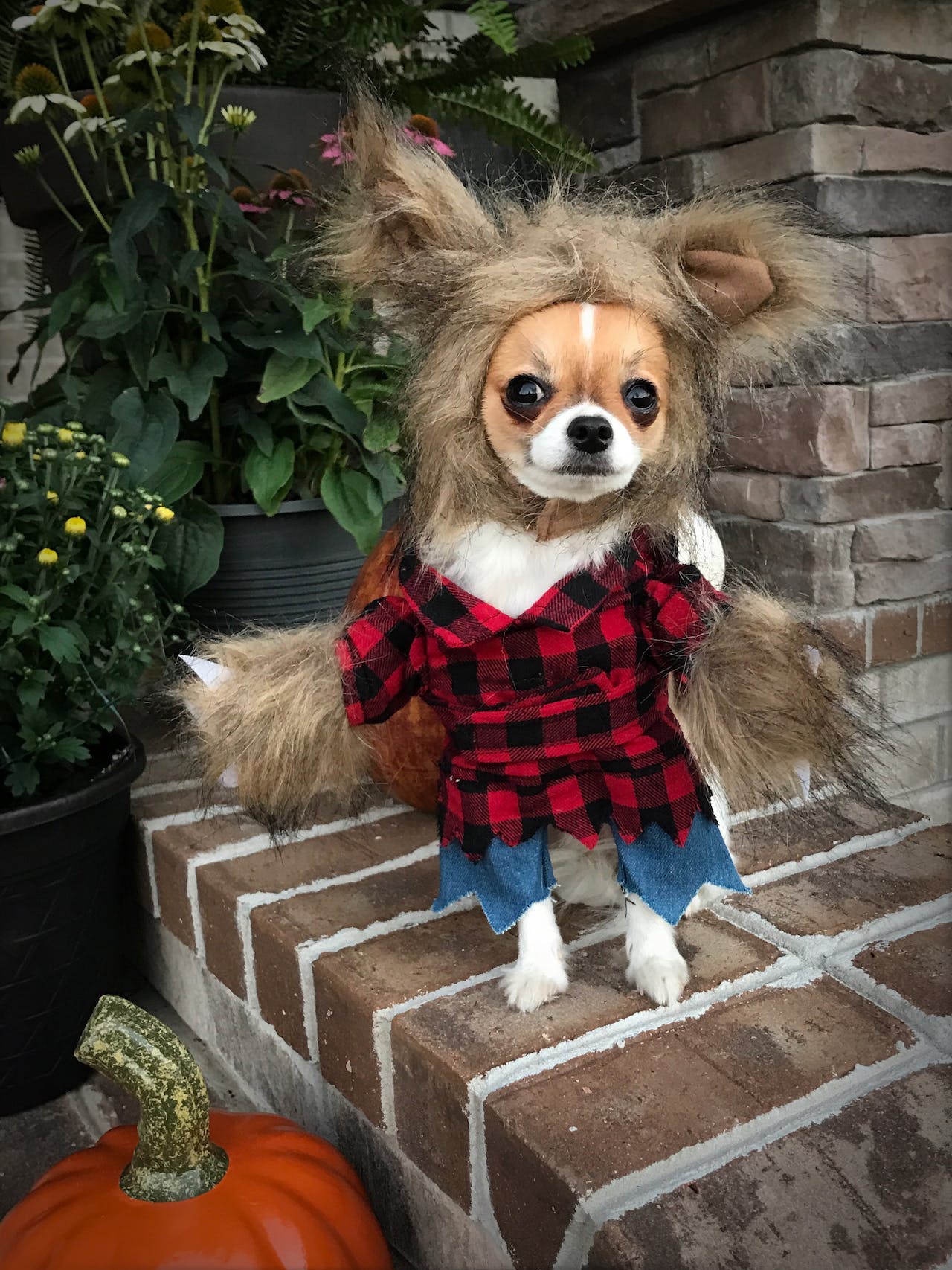 ‘Beau is a 4.5-pound long-haired Chihuahua who will greet trick-or-treaters in his his scary werewolf costume this Halloween.’ — Jeff Bencic 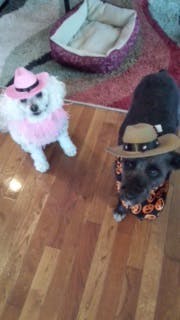 Biscuit bribes to get my two rescues to pose. My Tennessee cowboys! — Diane Hood 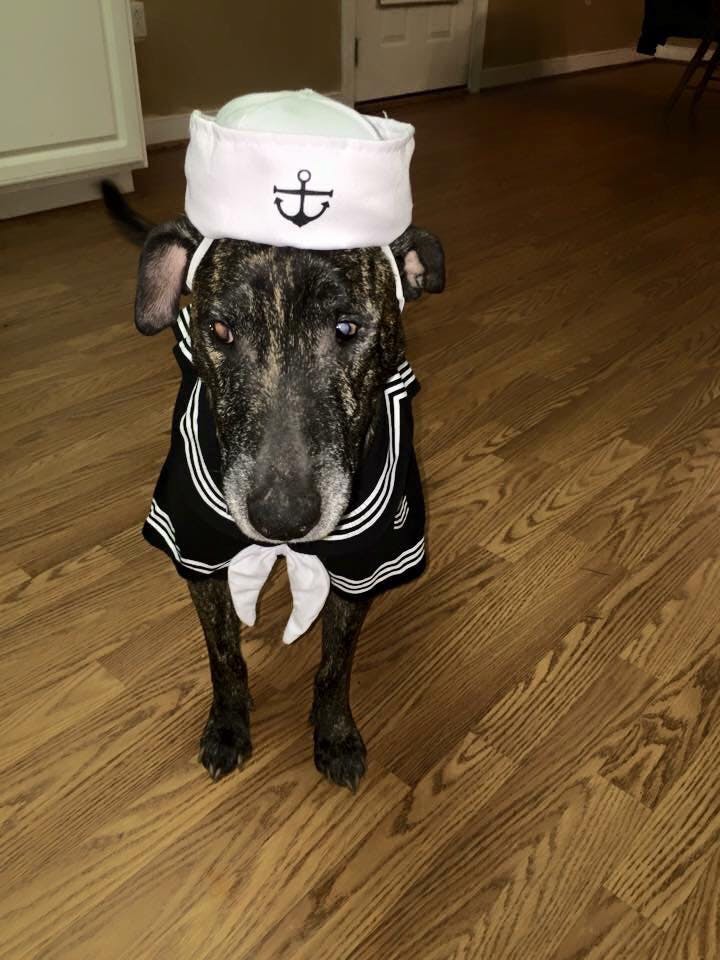 ‘Percy is a rescue from Miami Dade Animal Services and he is totally blind. He is also the smartest dog I’ve ever met! He loves his sailor costume because he gets a lot of attention when he wears it!’ — Jennifer Rogers
Related Stories 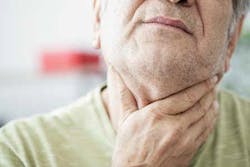 Truckers and respiratory ails — from simple to serious 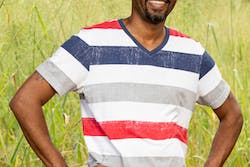 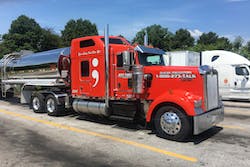