The latest in “Long Haul Paul” Marhoefer’s Faces of the Road series: 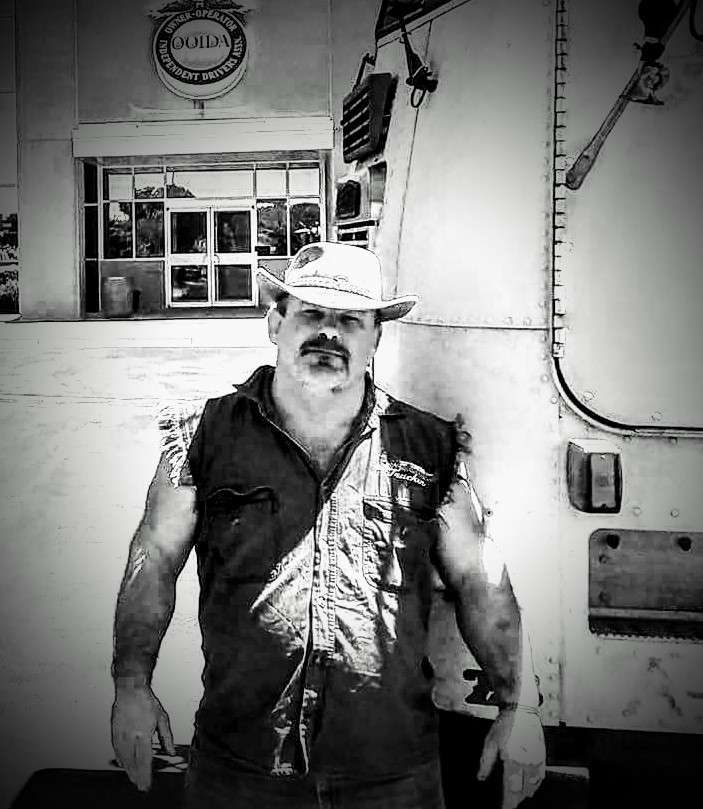 I’ve been thinking about starting a new group and calling it “People who aren’t offended by every little thing.” The chief administrator would be the old Haiku-ist himself, Huck Northcutt, because if you’ve offended the former Army cook turned flatbedder, you’ve really done something.

I first met Huck at the Petro/TA parking community two years ago at the Great American Trucking Show in Dallas, when by the good graces of this publication I was permitted to sing along with a group of driver-singers, one called “Wild Bill” Weaver and one Brad James; another went by “Shoestring Waugh.” We made some good friends that day. Huck was in that small but appreciative audience — a square-shouldered, compact man with a brooding, bulldog demeanor, muscled arms which bespoke a life of hard work, sporting a weathered gambler-style cowboy hat that looked like it had been to hell and back.

Wild Bill, an ex cop, confided later, “That is one guy I would not want to see angry.”

Still, Huck had a soft-spoken way about him, with a voice that was eerily familiar. Turns out he was the dude that read the haikus he wrote all those years on the Road Dog channel.

Huck was a listener. He would sit there by himself as you sang, stare off into space, and take in every word. One of the great advantages to being a folk singer is you know nearly all your fans by their first names. He’d say, “Paul, play that ‘George Corley Wallace’ again,” and I’d say, “You got it, Huck.” The Wisconsin native would sometimes provide feedback on the songs as well. Both Denise and I got to know him, and liked him. A few months later, Huck booked a load that got him through our neck of the woods so he could attend a show I was doing at an old blues club called the Key Palace Theatre, in Redkey, Ind. Huck wound up staying with us at “Dozerbait,” our humble $30,000 farmhouse in need of $50,000 worth of work, nestled on a beautiful three acres, where he slept on a rickety old couch so uncomfortable that it has brought its share of forced late-night reconciliations between my Irish bride and me.

The next morning, unbeknownst to the Haiku-ist’s hosts, our hot water heater had expired. Huck showered first,  saying nothing. When it came my turn to clean up, the water was ice cold. So I asked him, “Was the water cold when you showered? ”

“A little” was all he said.

That’s how I know he doesn’t offend easily.

We took him back to his truck, an ancient 377 Pete he had christened “Deplorable,” the day after the show. For many of us who have owner-operated, it’s either feast or famine. Those were the days of famine for Huck. He was leased on to a carrier who was feeding him on brokered freight from one of those three-lettered reefer outfits that have inspired their own share of unprintable acronyms. He would recount his nightmare loads to me. Nothing had changed since I had hauled for them in the early 2000s. He would be stuck sometime three days at a receiver because the boiler room’s bumblers had botched yet another appointment.

Then, by some unseen grace, the diesel gods smiled on Huck. While pulling out of the Edgerton, Wis., Oasis, his 377 caught fire. Two fire extinguishers later, a wrecker arrived and carried what was left of  Deplorable to the Peterbilt dealer in Madison. While the old Army cook waited in the break room, he got a call out of the blue about a cabover he could buy right from his old friend, Eric Petersen of GTM Services, and once again, he landed on his feet, this time with an old-school ’92 Freightliner and a new lease with a new company. He then started running regional freight, returning to the terminal just 40 miles from his Wisconsin home nearly every night. As the transition toward e-logs became more prevalent nationwide in 2017, and truck capacities tightened, it was nothing for the flatbedder to see $5,000 gross on 1,600 miles’ worth of local/regional work. He was feasting again.

All it took was the tenacity to stay in the game, a little help from a friend, and that unseen grace.

We stayed in contact, frequently talking shop. Though I don’t run my own equipment anymore, I still enjoy listening to those who do. Last month, Huck told me about a load he had recently turned down from greater Chicago to Long Island, N.Y., which paid $6,000. He spoke of the lack of late-night parking anywhere within 200 miles of Long Island, and the difficulty he would have jumping that mote going in and out within his allotted 14 hours. For goodness sakes, he was already at $5K on 1600 miles, with assured parking 40 miles from his house every night. He said he would do it for $7,000, but never heard back.

Huck is currently expanding his lanes, just a bit. He’s taking a Texas run every now and again. Lord willing, and the creek don’t rise, maybe we’ll get to play for him there at GATS next month. According to Huck, a book of haikus encouraged by his buddy, music writer and radio host Meredith Ochs is in the works.

Here’s one of my favorites from HaikuHuck: 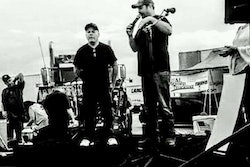 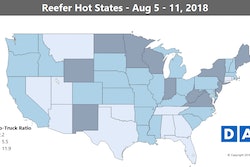 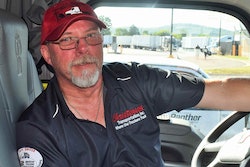