Does a truly "zero-emissions" truck exist? Is it even possible in today's petroleum-powered world? Will it ever be?

If you’ve counted yourself among skeptics to the notion that trucking might one day be an industry built on the foundation of big lithium-ion batteries powering electric motors, Overdrive News Editor Matt Cole's report this week on new analysis from the American Transportation Research Instituate, or ATRI, probably raised your eyebrows a little higher, let’s say. The organization compared estimated life-cycle CO2 greenhouse gas emissions associated with battery electric trucks, diesel trucks, and hydrogen fuel cell trucks from production through to operation and ultimate disposal and found plenty of justification for skepticism.

Life-cycle emissions were highest over time for diesels, as Cole reported, but ultimately not by an amount implied by the hype that proselytizers of electric-drive technology bring to the discussion with the zero emissions terminology.

In today's edition of Overdrive Radio, we’re going to drop into an in-depth discussion Cole had with ATRI Vice President Dan Murray. Beyond the emissions analysis, which we’ll hear a lot about throughout the podcast, early on in the conversation Cole raised brass-tacks issues ATRI’s report touches on -- practical considerations for trucking companies of any size when considering current/future investment potential in a battery-electric vehicle, particularly. Cutting through the hype around electric trucks, the fundamental, practical picture is not a pretty one, today often enough wrapped in a shiny package that obscures the reality. Take a listen:

Also in the podcast: For listeners, an introduction to the Danville, Kentucky-based operation of owner-operator Darrell Estes, whose pristine pair of 1980s Peterbilt 359s I got a close look at during last week’s Large Cars and Guitars truck show in Kodak, Tennessee. Regular readers may have seen those rigs in the video we shared earlier this week featuring both, a 1987 and a fully custom-restored 1984 showpiece. Estes’ story extends back to when the latter rig was but a young pup, and he worked around it with its then owner, hauling long-distance coal north from the mines of Eastern Kentucky. Follow this link to the video, if you missed it. 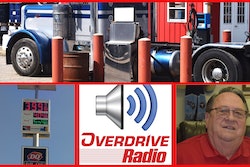 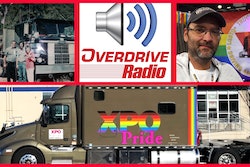 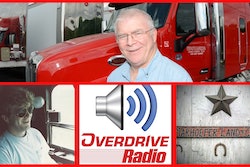 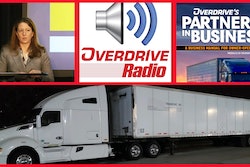