Finalists have been selected at Pride & Polish shows across the country in the last year, starting at the 2015 GATS. Best of Show winners from all of this season’s Pride & Polish events are invited to compete in the championship round of judging.

Click here to learn more about GATS or to register to attend. Registration for all truckers is free for those who pre-register.

To see the competitors who have qualified to compete so far in the Pride & Polish National Championship, click the links below. Six more trucks will qualify next month at the Overdrive’s Pride & Polish show set to be held at the Fitzgerald Glider Kits facility in Crossville, Tennessee. 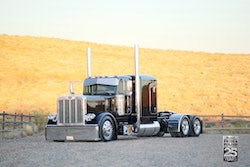