The Federal Motor Carrier Safety Administration's acting chief Robin Hutcheson was on something of a whirlwind tour of outreach to various trucking constituencies during her time at the Mid-America Trucking Show this past week in Louisville, Kentucky. Thursday afternoon, she sat for a round of questions for a half hour with members of the trucking media.

Among reiterations of Department of Transportation Secretary Pete Buttigieg's recent commentary around the importance of -- and efforts to emphasize ways to combat -- the paramount truck parking issue, Hutcheson revealed plans around establishment of the Truck Leasing Task Force required by the big infrastructure bill passed last year. A call for participation is expected close on the heels of the recent similar request issued to potential members of the Women of Trucking Advisory Board.

"Just a few weeks ago the Secretary [Buttigieg] signed the charter for groups that can now be convened," Hutcheson said. She noted the Women of Trucking Advisory Board, after the open call for participants, will undergo a review "sometime after April 8. ... Sooner rather than later we hope to have it up and running."

The leasing task force, set to examine reports of predatory practices among some leasing companies, according to FMCSA, will also "examine common truck leasing arrangements, including the impact of inequitable leasing agreements on the industry, and resources to assist CMV drivers in assessing the financial impacts of leasing agreement."

The press release announcing the open call for potential members was figuratively sitting "on my desk," Hutcheson said, also noting a timeline for actual implementation of the under-21 interstate driver pilot program already under way. ""We’re not going to launch the program until we have a very solid data collection methodology. We won’t start this program until late summer, at the earliest."

[Related: Inside the FMCSA's under-21 interstate driver pilot program]

Hutcheson's current post leading the agency in the absence of a more permanent head -- she is the fourth "Acting Administrator" since Ray Martinez left the Administrator post in 2018 -- comes on the heels of a 25-year transportation career spent mostly in public service, including time as the director of public works in Salt Lake City, Utah, and a similar post in Minneapolis, Minnesota. That final post had what she called the "most analogues to what we do at FMCSA. ... in any one week I might be presenting to city council on public policy and riding along on a bridge inspection … or standing and testifying at the state legislature." Her work there was about "operations in the field and taking policy and making it work in the field."

At FMCSA, she is well aware, that responsibility extends to making policy work "both for the 800 field employees at FMCSA" and trucking professionals out there in the real world.

The agency will at least be well-funded, she said, as the Bipartisan Infrastructure Law boosted funding for "some areas of FMCSA’s work" by 60%, Hutcheson said, which she noted "goes straight out to communities" through a variety of programs.

Hutcheson's immediately previous post at the Department of Transportation was as Deputy Assistant Secretary for Safety Policy, where she heard directly from trucking constituents during a variety of listening-session-type meetings, among other work. She referenced testimony of a second-generation operator who spoke of the pride his father had felt in being a truck operator delivering goods on the nation's highway. For the son's part, "he felt like that was slipping for him, and he wants that back for himself, and he wants that back for his children," she said. "That’s stuck with all of us, myself included."

FMCSA has conducted sessions with female drivers in recent memory, likewise with union drivers, in addition to last year's first meeting of the driver advisory subcommittee of the Motor Carrier Safety Advisory Committee, where owner-operators are represented among other driver constituencies.

"At these sessions, we may hear about things that are not squarely within the authority of FMCSA," Hutcheson noted, but "listening sessions are really invaluable." Among action items to come out of the driver advisory subcommittee's meeting was one of those -- a recommendation to Congress, essentially, to amend the Fair Labor Standards Act to remove the exemption from overtime pay for truck operators, codified almost a century ago. That recommendation was recently included in the late-February-released big list of recommendations from stakeholder groups to improve supply chains.

The recommendation, No. 40 in a long list of policy recommendations, is the first such recommendation under the "Rule & Regulations" subhead in the document, titled "Supply Chain Assessment of the Transportation Industrial Base: Freight and Logistics." It would urge "Congress to eliminate the Fair Labor Standards Act motor carrier exemption," as the report puts it. "Under the current exemption, employers are not required to pay overtime to many truck drivers."

[Related: Is it overtime for company-truck driver overtime pay?]

To what extent DOT broadly, and FMCSA particularly, might play in advocating for such a change with Congress remains unclear, but it could become clearer over time as studies required by the infrastructure law get under way in earnest. In addition to a robust study of unpaid detention time, the law required a close look at driver compensation. "We’re partnering with external professional institutions to do these studies," Hutcheson said, cautioning those in the room that "really good data takes patience -- we’re looking right now at 18 months," at least, before completion.

"I recognize that because these issues are so big for the industry," she added, that "18 months seems a long time. We’re looking for ways we can report out along the way" as research progresses. 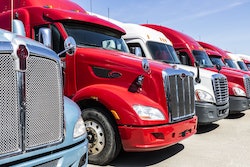 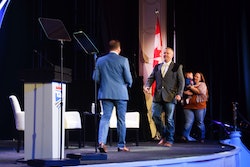 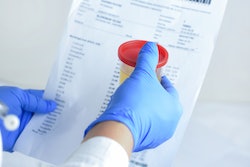 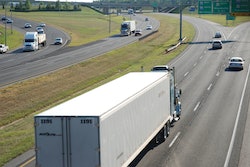