Alex Lockie
Oct 6, 2022
Yet another device to install? More inspections? Or just more targeted inspections? What can owner-operators expect out of the current federal attention to the long-examined notion of setting a unique ID standard for heavy-duty trucks with the ability to communicate that ID to the roadside? Find some answers here.

The Federal Motor Carrier Safety Administration in late September put out an Advance Notice of Proposed Rulemaking (ANPRM) requesting public comments on whether it should require every truck to be equipped with an electronic device "capable of wirelessly communicating a unique ID number when queried by a Federal or State motor carrier safety enforcement personnel."

Just a couple weeks after asking, FMCSA has seen a deluge of more than 700 comments come in, many from operators soundly rejecting the idea. Driver concerns over a potential electronic ID requirement vary wildly, with some saying it's simply more needless red tape in an already over-regulated industry, to others worried about their privacy and even some worried about enforcement agents using electronic devices while driving at highway speeds.

Mike "Mustang" Crawford, an owner-operator who boasts 4 million safe miles in a 1994 Freightliner FLD, expressed concern as to the capabilities of the electronic devices, worrying that they would allow enforcement to track trucks in motion wherever they go, not to mention their likely incompatibility with his older equipment. Dozens of other operators objected to the seemingly redundant nature of electronic ID, given ample identifiers already plainly visible on a truck.

"This would do nothing more than increase costs for carriers. Trucks are already required to have all kinds of identifying information on the side. Officers have eyes that can read those markings," commenter Benjamin Lee wrote, objecting to any new electronic device being required. Furthermore, many truck-enforcement jurisdictions also have currently in-use technology -- electronic license plate and DOT number readers -- that do at least some of the things the ANPRM envisions such technology (often referred to with the UID acronym) would enable.

FMCSA's published ANPRM discusses how law enforcement currently uses such tech, often funded by federal grant dollars, to "electronically identify a CMV, verify its size, weight, and credentials information, and review its carrier's past safety performance while the vehicle is in motion and then communicate safely to the driver to either pull in or bypass the roadside inspection station."

The agency admits governments don't have the time or manpower to inspect every truck and bus, and that it wants to use technology to flag carriers deemed high-risk or who have zero history of inspections. Recently-inspected carriers with everything in order, carriers with excellent safety histories -- they can keep on trucking, so as not to waste fuel and time.

UID, if implemented nationwide for every truck in the way suggested by FMCSA's recent notice, would essentially be the first step on a path to beefing up this targeted-enforcement strategy.

As you might suspect, this isn't the first time that a federal agency has considered this idea.

The Commercial Vehicle Safety Alliance has been petitioning for some version of UID since 2010, with successive petitions denied by both FMCSA and the National Highway Traffic Safety Administration, which governs the vehicle standards for new equipment. CVSA Executive Director Collin Mooney noted he favored taking the approach of a gradual phase-in of the capability of trucks to transmit unique IDs by requiring it only for "new builds, for OEMs, with no tracking and no breadcrumbs. It's just an identifier," he said, hoping to "alleviate some of the initial concerns" that the electronic IDs would lead to a "big brother" situation.

While FMCSA's own ANRPM makes it clear that technologies already exist to scan info on the exterior of trucks, Mooney cited studies as finding USDOT-number and license-plate readers as ineffective.

"Really, this is the next evolution when you look at DOT numbers on the side of the vehicles," he said. "Sometimes there's incorrect info on the vehicle, it's a long or short term rental, the number peeled off, an eight somehow becomes a zero." He added that the incorrect assigning of violations or crashes over such erroneous information is perennially among the "most disputed" errors in the DataQs system for correcting violations/crash information.

Indeed, according to 2019 federal data reported by Overdrive as part of a 2021 package of feature stories examining DataQs hurdles carriers face, wrong-assigned-carrier DataQs made up almost half of all crash-related DataQs, and about a fourth of those related to inspections/violations.

All of those common errors contribute to the "incorrect DOT number getting coded and applied to either no motor carrier or the wrong motor carrier," he said, perhaps underscoring the need for carriers to groom their safety scores.

Also consider license plates may be obscured, faded, bent, or covered in grime or snow, and Mooney said "there’s a number of reasons why having an electronic ID is more efficient than a visual display."

What exactly would the electronic ID tell enforcement?

Mooney said CVSA has pushed for an electronic ID standard and device that would communicate something like the Vehicle Identification Number of the truck, through a device that's "hardwired" into the ECM, and nothing more.

"Something applied aftermarket can be tampered with, so our position is no, we want it to be embedded in the vehicle so it becomes the signature or electronic footprint of the vehicle for its life," he said.

CVSA believes the regulation should be aimed at OEMs to include the ID-transmitting technology in new builds only, and shouldn't call for owners to buy new gear of any kind. Under that vision, Mustang's 1994 Freightliner most likely would get to ride out its useful life without any major modification, and the transition could be as painless as buying your next truck. Obviously, that kind of approach would take years to become widespread.

In the traditional inspection process, "currently what occurs at a weigh station or roadside stop is that vehicles pull in, inspectors give a quick cursory review of paperwork, and decide whether to inspect it or allow it to proceed," Mooney said. "That, in itself, is time and money. We are looking for a way to speed up the process with mobile police vehicles driving up and down the interstate or side roads, receiving communication [of] who that vehicle is, and sending that information to an automated back office query."

Basically, a scanner onboard a police car or a stationary receiver at a scale house would get the VIN, thus find out who owns the truck, and the USDOT number of the carrier and then have the ability to query safety records, IRP, IFTA, and anything else germane. Mooney even said the IDs could help flag parts recalls on certain model trucks.

The entire automated process would lead the enforcement officer to determine whether or not to stop the vehicle. Mooney, like FMCSA, stressed that this tech would actually lead to fewer stops for professional drivers and more targeted attention towards what he called "bad actors."

"Those operating safely have nothing to worry about," he said. "They're not even going to stop you."

Existing in-use ELD equipment could be used to serve similar purposes, though Mooney insisted CVSA is against anything aftermarket, or not hardwired into the truck, to communicate the ID. It's a fact, though, that similar targeted-enforcement approaches are using ELD systems for such purposes today. In nine states as of May this year, aspects of Level 1, 2 and 3 inspections are being automated via communication with roadside authorities from in-cab equipment as part of the Drivewyze company's e-Inspection Expedited Inspection pilot program. That program functions by sending at least some carrier, driver, hours, vehicle and other data to roadside via carriers' ELD systems to expedite the inspection process.

CVSA in its summer publication sought to dispel some of the myths floating around about UID, though they admit these issues are not settled matters. CVSA doesn't have all the answers here, the organization said, but believes the safety benefits from more targeted inspections for more carriers are "absolutely" worth the effort. Furthermore, CVSA, a nonprofit, only speaks on behalf of the states and industry partners to the FMCSA and other agencies, and it is those federal bodies that have the final say.

With the FMCSA's ANPRM around electronic ID/UID, now's a good time to make your questions and concerns known to the agency, and FMCSA in fact asks plenty questions itself near the bottom of the main ANPRM document. You can comment via that link, and as FMCSA Associate Administrator for Policy Larry Minor recently emphasized, an ANPRM is just that, advanced notice of a proposal, and not a proposal itself. The agency wants comment from operators precisely to get feedback and shape any future proposals around all of these issues. 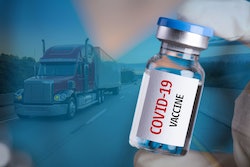 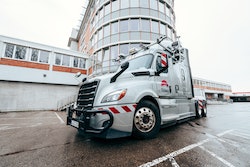 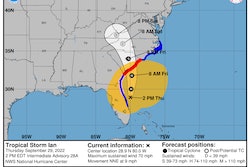