Barring a D.C. Court of Appeals ruling throwing out or requiring further agency work on the hours of service final rule announced back in December 2011 in the next month and a half, the Federal Motor Carrier Safety Administration’s revisions take final effect July 1.

With that compliance deadline looming, many owner-operators and drivers in May were looking hard at how the new restart restrictions and mandated break period during drive time might affect their operations. Many were looking at a schedule change on regular runs given the new requirement that every restart must include two 1-5 a.m. periods.

“The 34-hour restart will affect me the most,” wrote Greg Vellender, responding to hours queries on Overdrive’s Facebook page. “I will be going off-duty at 11 p.m.” before his typical hours reset rather than running farther through the night to take advantage of reduced late-night traffic.

Mike Hansen reported his normal weekly post-restart start time at 2 a.m. is likely to have to be moved up to 5 a.m., given restart restrictions. His carrier planned on beginning logging under the new rules June 1.

Part of the problem with the restart restrictions, too, has to do with the new stipulation limiting a driver to just one restart a week. “Having to wait for a reset for 7 days will get me the most,” noted Keith Johnson.

But for drivers not maximizing their 60/70 available hours in a seven-/eight-day period, wrote John Solliday, working off of the recap and including a bigger dose of forward-thinking time management is an easy way out of most hours situations under the new regs. “It goes back to the old school” way of thinking, Solliday said. “Manage your time… Run your recap and don’t run out all your hours every day. When you go home for a weekend or the three-four days for those who just have to be there, there’s your 34-hour reset.”

Use “common sense,” Solliday said. “Watch your hours. If you do, you won’t run out, maybe get low a time or two but you’ll still have hours and will still be able to move.”

Eric Whaley echoed that sentiment. “It won’t bother me. I run on the recap, barely need a 34, so it won’t change my operation one bit.” Drivers that have problems with the new rules, Whaley went on to suggest, may “work for an outfit where they don’t control the loads they run or how they run.”

The mandatory 30-minute break at least every eight hours of driving, too, saw similar reactions, with some drivers calling it no more than a formality, given they already take such breaks, to broader concerns about proper management of it. It’s possible, given the 14-hour window, to log the break too early and, after eight hours of driving, have to log another before the day’s over and lose a full hour of daily drive time.

John Solliday: No change for me, but then I’ve always taken an afternoon nap for at least an hour or so.

Dave Lippert: I’m sticking to the current rules. They aren’t broke, and I take breaks when I darn well please. I get my restart every weekend so nothing is changing for me there.

Shaun Gaffga: I have been logging it like it’s the law right now.

Mark Pritchard: Anyone seen auto parts delivery? Restaurant service? Small retail chains? Most of those get delivery trucks in the dead of night. Then there are those little operations like FedEx, UPS, ABF, YRC. They clear the gate at 6 p.m. and run the night. A lot of work gets done while the solar-powered tourists in the truck stop suck down their 64-oz. colas.

Graham Brett MacMurphy: None of it. Will be staying in Canada. I’m done with the U.S. stupidly changing the rules every couple of years. Our rules up here make more sense.

Ben Wilson: Can we play on the swings? Can we? I wanna seesaw!… How about DOT giving us the time to do our jobs. Let the individual decide when he or she is tired based on that person’s needs enforce common-sense regulations. 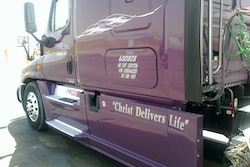 LETTER: Do unto drivers as you would have done unto you

Carriers, drivers aligned on need for shift in enforcement priorities 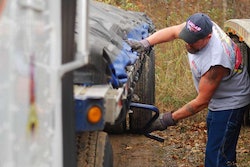