Independents to come out on the winning side?
The title of this featured July 30 op-ed by Colorado Motor Carriers Association President Greg Fulton, “The undeclared war on owner-operators,” Fulton said, came from “a phrase that I heard from a frustrated owner-operator.” While there are many challenges facing all trucking businesses in today’s environment, some operators objected to Fulton’s sentiment.

Waco, Texas-based independent Cody Blankenship said such prognosticators “could not be more wrong. There’s plenty of guys like me thriving and doing it safely.” The frequently invoked “death of the owner-operator” meme he described as little more than “wishful thinking” on the part of the competition.

Blankenship has lately been contemplating adding another truck and driver to deal with increased reefer/hopper bottom demand on his operation. For further reading on big industry problems, visit this page, which includes our August 2012 interactive series of features dedicated to small-biz trucking challenges.

Congress piles on
“We’ve got to stop this bill dead in its tracks,” wrote one commenter on Overdrive’s Facebook page upon news of the so-called “SAFE HAUL” Act, introduced in July in the House of Representatives by Matt Cartwright. The bill, H.R. 2730, would raise minimum carrier insurance requirements from $750,000 to $4,442,000.

“Requiring this much insurance will put uncountable numbers of small carriers out of business,” wrote Daniel Perry, also commenting on Facebook. “The only winners will be the mega-carriers … and the ambulance-chasing so-called lawyers.”

Jake Mizell: Owner-operators won’t last much longer if this keeps up.

The bill had been referred to the Transportation and Infrastructure Committee with eight Democratic cosponsors. Govtrack.us metrics put it at a very low probability for passage.

Only in Europe?
“If you like good, mostly local, and very affordable food, you’ll be happy at a French truck stop.” –French truck stop owner Daniel Bourscheidt, quoted in this Oregonian story about a road trip across France, and his sentiment likewise applies to fine French wine.

Driverless trucks = income opportunity?
“The days of the truck driver will be over come 2025 [with] robotics to drive the trucks. We will become obsolete. I have been thinking of buying a couple of robotic trucks and letting them make me some money. The one thing I haven’t figured out yet is how the robotics will dislodge themselves from the wires and circuit boards and tie down those flatbed loads.” – Wayne Major, commenting under Kevin Jones’ July story on advances in driving robotics. 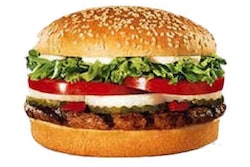 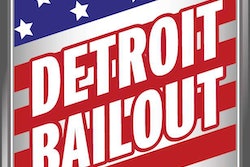 Bailouts: No more, no way, no how 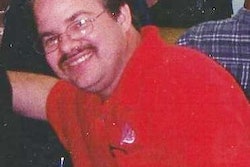