As worries of an Ebola outbreak in the United States reached a fever pitch Wednesday, October 22, the day the country learned of a second infected nurse from the Dallas hospital that treated the now deceased Ebola patient Thomas Eric Duncan, the first case diagnosed in the United States, readers in overwhelming majorities showed support for a blanket ban on travel to the United States from countries where the current outbreak is uncontained. Results of the poll shown above were as of October 20 at 9 a.m. CDT.

Terry Long, commenting in response to the poll question, noted a yes vote “if that’s what it takes to stop the spread of the virus.” Some U.S. officials, on up to the President, in the interim have repeatedly stressed belief that a blanket travel ban would exacerbate any problems that exist with the current passenger-screening protocol in place, giving travelers greater incentive to conceal their potential exposure to the virus and making tracking potential infections even more difficult than it already is.

Alton OTuel, commenting at Overdrive‘s Facebook page, stressed much the same, noting a travel ban might make it more likely  for “potential infected travelers to conceal their point of origin and avoid tracking until too late.”

This story comes as a large number of Duncan’s prior contacts in Dallas reached the end of their 21-day quarantine or monitoring period with no signs of having contracted the virus. These contacts included Duncan’s fiancee, Louise Troh, who released a statement, as reported by CNN:

“We are so happy this is coming to an end, and we are so grateful that none of us has shown any sign of illness … We have lost so much, but we have our lives and we have our faith in God, which always gives us hope.”

Mark Wingfield, an associate pastor at Wilshire Baptist Church, told CNN that Troh will not be doing interviews at this time, but plans to write a book about her experience.

“They feel like this is a tremendous miracle that’s happened,” Wingfield said. “This is a long-awaited day of celebration.”

Many U.S. lawmakers, particularly those within the Republican party but including some Democratic party reps, continued to show support for a travel ban through the weekend. And as reported in Reuters, some administration officials themselves haven’t totally ruled out travel bans on a day-to-day basis, as Reuters summarized the comments of Federal Aviation Administration head Michael Huerta.

Reader Long added, “I personally think that anyone wishing to leave should be quarantined before being allowed to [travel], for however long it takes, to guarantee they don’t have Ebola and thereby preventing the virus from spreading to other countries. I understand that certain human rights are in question with that measure, but so are billions of human lives.” 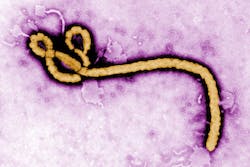 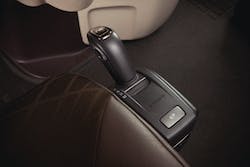 POLL: Should the federal government stop flights from Ebola-stricken countries? 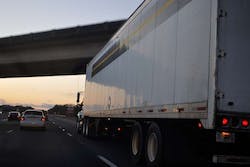 Be heard: Engage your representatives directly