With the exception of 2014-15, pay evidence of a supply/demand imbalance in OTR truckload drivers’ favor is not found during 2005-15, during which a driver shortage was documented for nearly every year by one analyst or another, excepting during the worst part of the recession. Even with strong increases in 2014-15, pay is only now returning to inflation-adjusted 2005 levels.

The top line in the graph: Inflation-adjusted mean U.S. household income
SOURCE: U.S. Census Bureau. These averages skew higher than trucking pay because of dual-income households and because of a small but relatively high set of outsize earners at the top. The median income (the midpoint between the group of top and bottom earners) ranges over this same time period between $58,000 and $53,000. Data is unavailable for 2015.

The middle line: Inflation-adjusted owner-operator income
SOURCE: Averages of ATBS owner-operator clients, most of whom are leased. Over this period, their annual miles fell slightly more than 20 percent, reflecting long-term downward trends in length of haul and other operational factors.

The bottom line: Inflation-adjusted company driver pay
SOURCE: National Transportation Institute, averaged based on driver pay packages in NTI’s long-running survey of medium-to-large truckload fleets, converted to an hourly rate and based on a 40-hour week

[gtblockquote quote_text_style=”normal”]2005 – Amid a years-long wave of “labor shortage” studies from other industries, release of the ATA-commissioned driver shortage report spawned other trucking shortage estimates.

[gtblockquote quote_text_style=”normal”]2009 – “The only time I don’t remember the ‘driver shortage’ and ‘underpaid drivers’ being the biggest issue of conversation was 2009 and 2010, the Great Recession!” – ATBS President Todd Amen

[gtblockquote quote_text_style=”normal”]2010 – With the impending advent of the CSA program, FTR Associates estimates a current shortage of about 10,000 drivers but warns of a 124,000-driver shortfall by late 2011.

[gtblockquote quote_text_style=”normal”]2011 – FMCSA proposes all drivers be required to use e-logs, fueling worries of a driver exodus from the industry.

[gtblockquote quote_text_style=”normal”]2013 – Implementation of new limitations on drivers’ use of the restart and a new break requirement in the hours of service rules begins. 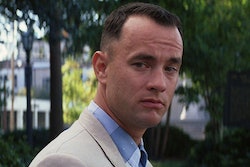