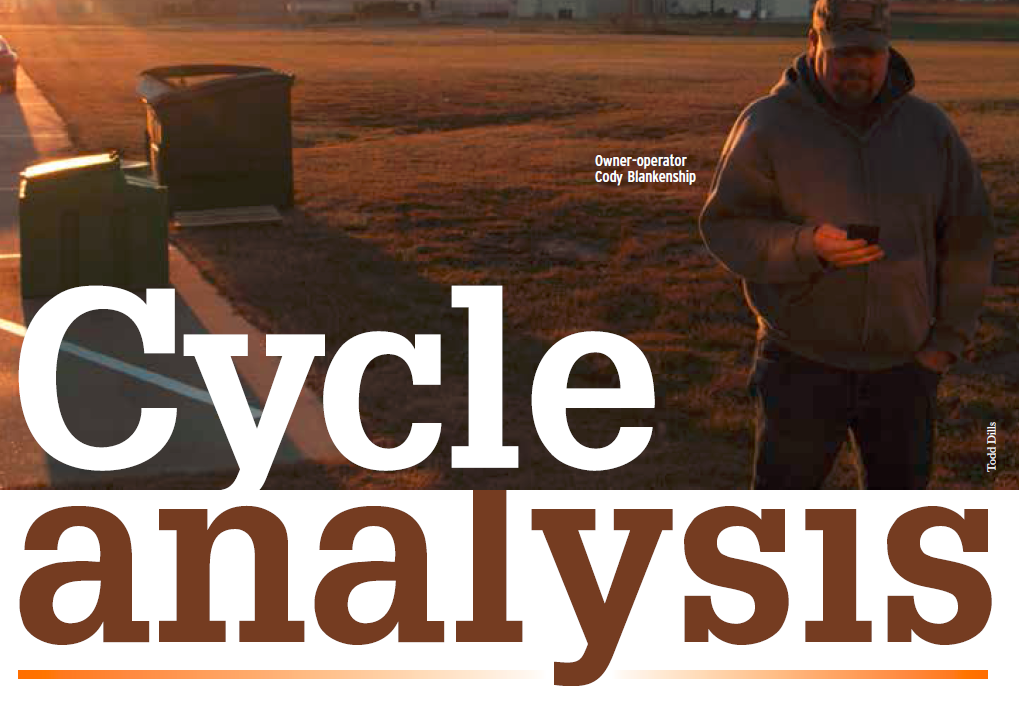 2015’s Cycle Analysis package was one of the entries that earned Overdrive Senior Editor Todd Dills a finalist’s spot in the Best Data Journalist category for this year’s Neal Awards. Click here to see the series.

Overdrive’s CSA’s Data Trail series scored the finalist mark in the Best Series category. See all entries in the series at this link.

The stories are based on proprietary research from RigDig Business Intelligence, a division of Randall-Reilly, publisher of Overdrive. Dills’ work on the series also led to his nod for Best Data Journalist, along with other major reporting analyzing owner-operator rates and load schedules (Cycle Analysis), the current state of the truck market (Buyer’s Market) and more.

Dills’ wide body of writing, podcasting and video this year earned the finalist spot for Best Range of Work.

Dills received the Grand Neal Award in 2014 for his 2013 series also based on CSA and its treatment of smaller carriers and independent truckers. The Neal Awards represent the highest honor in business-to-business journalism.