While the story of the disastrous flooding my hometown experienced last May is still being written in many respects (the downtown TravelCenter of America location, as you’ll note from the picture, is still closed), there have been some recent bright moments. Vice President Tim Smith with TCW told me a couple weeks back his carrier’s terminal on heavily-affected Visco Dr. in Nashville had been fully rebuilt and was well operating, for instance. And last Wednesday’s grand opening festivities at Xtra Lease Nashville branch’s new location in La Vergne just southeast of town was a chief piece of the growing good news.

Xtra Lease Nashville’s story is one of coping with the worst, no doubt, says Branch Manager Kim Thomas. “We lost 600 trailers,” she says, at the company’s old location, under the 10-12 feet of water that inundated the entire area. There were two primary frustrating aspects of all this.

The first was that as the floodwaters rose, Thomas had calls coming in from area customers (fleets affected by flooding) in search of emergency help with trailers, one of Xtra Lease’s business’ calling cards. One area customer, as Thomas tells it, called her, urgency in his voice on her voicemail. “‘Kim, we have an emergency,’ he said. ‘Kim, we need trailers, we have an emergency.’ I called him, and in the 30 minutes that had gone by” waters had risen too high. “‘Nevermind,’ he said. ‘Too late,'” says Thomas.

The second was that the branch was just two months shy of completing the new facility. “We were two months away from being able to move in,” Thomas says. All that really remained was paving/completion of the yard.

Six hundred waterlogged trailers later, says Thomas, “we were shut down for 30 days” while the St. Louis, Mo.-headquartered company assessed the damage, deciding on a plan to scrap 400 of the 600 flooded trailers and commence rebuilding the remainder, instituting a cutoff point at the 2002 model year. Ultimately, the assessment delay would prove advantageous.

“One of the primary challenges was the heat,” says Nashville Xtra Lease Operations Manager Paul Garnett. Add to that the extent of the destruction, and it’s not hard to see what the branch was up against. “Visco Drive was basically closed. The first day back on the yard, we’re walking on ankle-deep river silt and there’s trash everywhere – 50-gallon drums of this and that floated up, trailers leaned up on each other. We spent about a day and half just putting everything back on its feet.”

Parts availability in Nashville proved a problem, too. “We weren’t the only company going through the same thing at the same time,” says Garnett. “There was another trailer leasing outfit next to us, and the trucking concerns were all flooded out.”

By taking time to be certain about a plan of action, they reaped rewards that “paid us back dividends,” says Garnett. “Some of the other folks in town assumed they knew what they needed” and saw small oversights backfire on them, one in the form of neglecting to realize that certain trailer axles are vented by a pinhole in the cap on either axle end, allowing them to take on water when submerged. They shared the oversight with Xtra Lease before they got too far into the process, ensuring that the mechanics effectively drained the axle tubes before putting them back into service.

From June into August, two teams of mechanics, divided by young and old, waged a friendly competition against each to see who could rebuild the most trailers, the competitive element adding urgency and a little good fun to what I know was certainly a dirty, tough job. In the end, says Garnett, it was “really nice we could come to nice new digs” at the new facility. “Our turnaround was shortened because of that, too. A lot of the folks on Visco are still dealing with the problems down there.”

“We all worked together,” says Thomas of their quick success. “It was a big team effort, with a lot support from corporate, too. In 32 years of business, they’d never faced anything like this. Even during Katrina, the water wasn’t nearly as high” at Gulf Coast facilities as it rose at the Xtra Lease Nashville location.

Following, find a gallery of my photos from the flooding and recovery in Nashville, including pictures of Xtra Lease’s new location at the end.

Read more about the May Visco St. flooding. 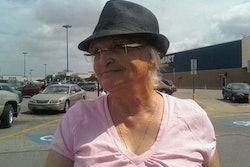 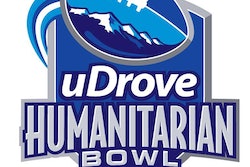 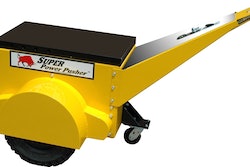 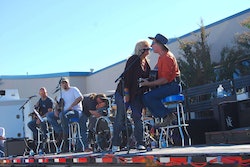