We’re talking the Speed Channel, of course. The aerodynamic Kenworth T700 (pictured), equipped with the fuel-efficient MX engine, will be featured at 9 p.m. Eastern on April 14, a Thursday, on the new Speedmakers television series on the Speed Channel. The one-hour program was filmed at the Kenworth plant in Chillicothe, Ohio, where Kenworth trucks are assembled.

“Speed is a well-respected network that attracts significant interest from truckers and the trucking industry. The Speedmakers series is an excellent opportunity to highlight the Kenworth T700, which has the lowest aerodynamic drag of any Kenworth truck in the company’s history, and feature the Paccar MX engine, which offers excellent fuel efficiency, high reliability and durability, lightweight design, and low cost of ownership,” said Gary Moore, Kenworth assistant general manager for marketing and sales.

The Kenworth T700, the latest evolution of Kenworth’s industry-leading aerodynamic product line, was designed through the extensive use of computational fluid dynamics. Kenworth engineers optimized the aerodynamic integration of the Kenworth T700, while carefully sculpting a shapely and distinctive, eye-catching appearance. The T700 has earned Environmental Protection Agency (EPA) SmartWay program certification.

The Paccar MX engine is available in the United States and Canada with a horsepower range of 380 hp to 485 hp and torque up to 1,750 lb.-ft. This power range makes the MX engine an ideal choice for Kenworth customers operating in many over-the-road, pickup and delivery, and vocational applications. The low-emission MX achieves EPA and California Air Resources Board (CARB) certification, and meets the stringent emission standards of 0.2 grams per brake horsepower hour of NOx and 0.01 grams per brake horsepower hour of particulate matter.

At the Kenworth manufacturing plant in Chillicothe, Ohio, the program follows the step-by-step assembly process of one Kenworth T700 equipped with the PACCAR MX engine going down the production line.

“It’s very exciting for the Kenworth Chillicothe plant and our employees to participate in the Speedmakers television series on the Kenworth T700 and PACCAR MX engine,” said Scott Blue, plant manager. “Our employees are dedicated to building The World’s Best trucks and viewers will see that commitment to producing quality Kenworth trucks that customers can depend on.”

More information on the Kenworth T700 is available at www.kenworth.com, and for Paccar engines: www.paccarengines.com.

After the inaugural debut, the Speedmakers show featuring Kenworth is also scheduled to air again three hours later at midnight and at 9 a.m. April 15.

It wasn’t so long ago that the Chillicothe facility was featured on Speed — you’ll recall the episode of the American Trucker series that featured Paul Sagehorn’s restored B.J. & the Bear Kenworth K100 rig, which AT producers and host Robb Mariani followed back to its origination point in Chillicothe, a route I myself had taken in reporting the long story of the Sagehorn Kenworth.

In any case, the next episode of American Trucker is tonight at 10 p.m. Eastern and, in it, Mariani is put through the driving paces at the Dootson School of Trucking in Southern California on his way toward getting his CDL — not as easy as he thought. For more info, tune in tonight, and check out the schedule of repeats of the episode, as well as the Diamond Heavy Haul episode I wrote about last week, here. 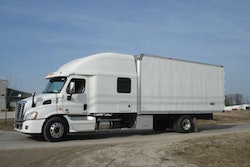 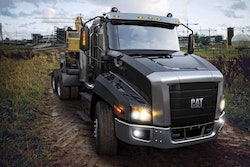 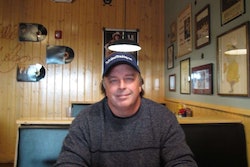 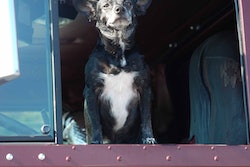