The safety argument for increased pay

At the House Small Business Committee hearing I’ve written about a couple times here on the blog in the past few weeks, one area that saw quite a bit of discussion was, relative to the perceived disconnect between the FMCSA’s CSA program and carrier safety, the need for higher levels of compensation for a safer overall industry.

Central in the discussion was Wayne State University Professor Michael Belzer (pictured), author of the “Sweatshops on Wheels” book that noted the effect early 1980s trucking deregulation had on wages, and which makes an argument in some places for an hourly pay standard. Deregulation “has increased competition…and reduced compensation,” Belzer noted in his oral testimony (written testimony available here). “CSA in its current form puts pressure on drivers without addressing underlying causes [of safety problems]. In the trucking industry, poor compensation causes carriers to” be unsafe, generally, he added.

He further called for reconsideration of trucking exemptions to the Fair Labor Standards Act, which I most recently wrote about when owner-operator Joe Ammons did much the same, garnering a raft of atta-boys and other discussion from readers. “Other nations, like Australia,” Belzer noted, “address underlying systemic problems” in various ways, “like paying for loading and unloading times, help level the playing field by keeping costs low and incentives high.”

Though many carriers are compensating for detention at varying hourly rates and with varying models, removing the FLSA exemption would do much to increase the prevalence of the practice, Belzer suggested, and the result would ultimately be a safer industry. “The most important thing we can do is start from the economic competition that is driving these [unsafe] outcomes. We don’t want to encourage a ‘race to the bottom.’… The way competition in transportation works, it tends to drive that process. We have to address ways to put boundaries around it. Pay drivers for the nondriving labor. Once you do that, they’ll self-regulate.”

At once, there were disputing voices in the hearing like that of Tucker Company Worldwide’s Jeff Tucker (also pictured), a broker who took Belzer’s talk as an argument for reinstituting a measure of price regulation in trucking. “I would hesitate of going down the road of somehow regulating pricing for trucking,” he said. “It will be something that industry will rail against. You’ll have the National Association of Manufacturers and every other association screaming – it will be a bloody war… and eventually it will raise prices to all of us.”

Tucker went on to note that rates were on the rise throughout various industry segments: “Right now, prices are going up…. Rates that truckers are getting are better. Their returns are better.”

Owner-operator Daniel Miranda (also pictured) disputed that notion, however. “I’m trying to figure out where Mr. Tucker sees this great economy. There’s a chance the brokers are taking it all and putting it all in their pockets — it’s not going to the drivers.”

Data from National Transportation Institute Principal Gordon Klemp, presented as part of our webinar last Thursday, bears Miranda out in some ways. Pay has tracked flat in recent times for segments other than flatbed.

Have you seen better rates? Do you agree with Belzer’s core argument, that better compensation for nondriving work would be the best thing the industry and/or regulators could work toward to improving safety?

Look for more on the subject of detention time as the August issue hits the racks and here on the website — my “Top owner-operator challenges” feature runs through the problem of excess and uncompensated detention as the No. 3 industry problem named by readers. Stay tuned. 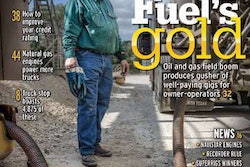 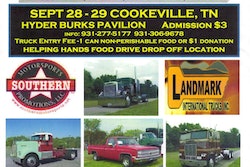 Awesome trucks and the fruits of debate: Two events upcoming