Regulatory requirements for powered equipment running in California have for the past two weeks seen discussion via a series of ITS (Internet Truckstop) Business Development-sponsored free webinars (with two more coming up) detailing requirements for various segments of the industry. The primary rule that is or will be affecting owner-operators doing any business whatsoever in the state is the Truck and Bus Regulation, which specifies the requirement for various model-year trucks and tractors to either be retrofitted with diesel particulate filters or replaced on a schedule that varies by model year.

Up until last year, independent owner-operator Martin Jez (here pictured) was running a 1995 Freightliner FLD, followed by a more late model Century, powered by a Detroit engine. The truck, while of more recent vintage than the 1995, also held the unfortunate distinction of being made in a model year that would require emissions attention prior to January 1 this year. Tractors with 1996-2004 model year engines under the Truck & Bus reg today must have a retrofit DPF on the exhaust system. (Find a list of verified Tier I, II and III DPFs on CARB’s website here.)

Alternately, avoid the state of California. The state’s Air Resources Board is actively enforcing the Truck & Bus reg today, as air pollution specialist James Cropper detailed in the first of the ITS webinars. And you may well recall the CARB enforcement blitz back last fall, too. Given the state’s wide promotion of it, you can expect they’ll be conducting further such efforts in the years to come.

For owner-operator Jez, avoiding the state wasn’t and isn’t an option. The flatbedder lives in Galt, Calif., along I-5 between Sacramento and Stockton. When he began having problems with the transmission in the used Century and realized he’d need to upgrade in the near term, he delayed the need for emissions modifications or an expensive new power unit by, well, going the other route and buying old. Bonus: “I’ve got a thing for old cabovers,” he says. The sweet 1988 Peterbilt 362 pictured he picked up “from an older guy in Ventura,” he says. With fairly low miles for its age, it came complete with a mechanical Caterpillar engine that will be good in California through the end of 2014, when a newer engine will be required.

1995 and 1996 model year engines have the farthest-out deadlines for mods of all pre-DPF engines, good through the end of 2015.

A summary of the rule is below, and if you’re running at a California port or own a reefer trailer, be sure to tune into the ITS discussion this coming Wednesday on the Drayage Truck Rule and reefer-unit regs. The January 30 webinar will cover greenhouse gas regs requiring equipment modifications for box-van trailer owners, among others. 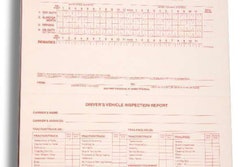 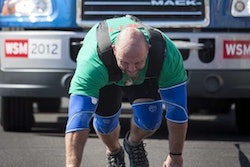 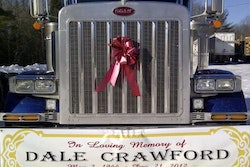