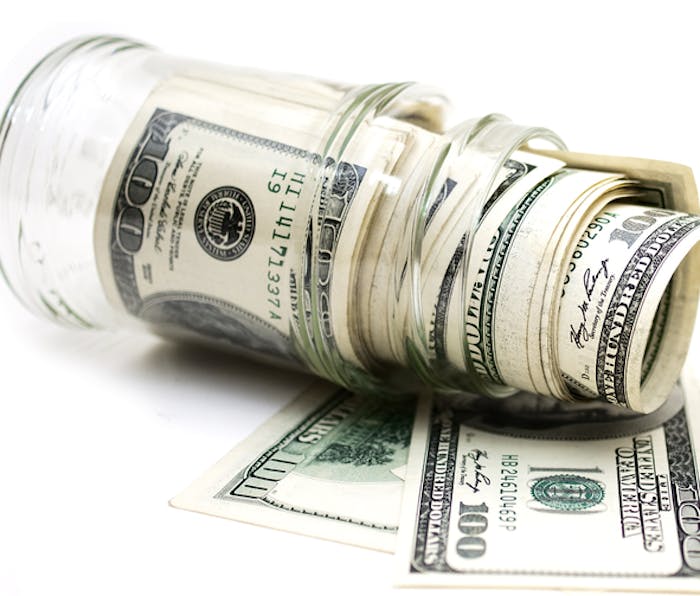 I heard from Tim Lester recently about the detention quandary the nation over — he’s got some very particular ideas about such that the ops manager (now with a good bit larger fleet than the 40-truck outfit he was with last time we were in touch) has recently communicated with the FMCSA after its request for detention commentary. About which, more later. And don’t miss your opportunity to weigh in with the feds on the issue, if you have your own ideas:

But hearing from Lester reminded me of his thoughts on what many independents and others have been experiencing amid what is definitely a softening — or softened, as it were — freight market, generally speaking, compared to where we were a year ago.

Lester urged owner-ops to work hard on relationship building with whomsoever they were dealing with for freight, even when rates were ripe for the picking, or the gouging as some brokers felt about it at the time, during the go-go spot rates period that directly followed the ELD mandate. Chasing rates from broker to broker and load post to load post, Lester noted, with no regard for potential ongoing relationships, wouldn’t sustain you when things got tough:

I would rather give $50 back to the broker and keep getting load offers daily than gouge for all I can now and get nothing else from him again.

Another owner-op, Minnesota-based Randy Carlson, called just yesterday to double-check that, yes, his pre-2000 engine would still make him exempt from the ELD mandate come the end of the year as “full implementation” arrives, as far as FMCSA is concerned with the ELD rule. He was correct — yes, he’s still exempt — though some fellow owner-ops had told him otherwise.

That’s good news for both his 2001 Freightliner (powered by an earlier-years mechanical Cat) and another truck you may recall he found in the months ahead of the mandate, before FMCSA changed course on the pre-2000 exemption to use the engine year to determine the exemption rather than the truck chassis model year.

Carlson’s lately been at work on that old runner, a 1996 Freightliner with its original, same-year engine in it — his son-in-law has rebounded from some medical issues and has expressed interest in driving, where he worked before. “He used to drive for me,” in fact, Carlson says, “when I had trucks in Nebraska.”

Though the son-in-law’s CDL lapsed, he’s now passed the written test and is well back on his way in his home state, Arkansas. And fortunately for Carlson, freight relationships with brokers and a direct contract are such he can easily keep the son-in-law busy on the same lane Carlson runs, Minnesota to Springfield, Mo., and back weekly. “He’ll run the same thing I do, just start Monday in Springfield when I start Monday in Minnesota.”

They’ll pass along the way and spend a little more time in each other’s company, well more than likely.

The 1996, as he told me back in 2017, had “been sitting around a long time” before he picked it up, and over the last couple years he’s been slowly replacing “air bags and air-ride suspension valves and the cab air bags,” among a host of other items — wheel seals, brake chambers, hoses, fuel lines — apt to fail after sitting so long. It’s the same approach he took to his 2001 when he put the mechanical motor in it and did a full restore. The first two years after all the work, he says, it ran like a charm. “I had hardly any maintenance issues at all for the first couple of years with it” other than routine preventive-type servicing. “I don’t have time for that, and it gets expensive.”

With any luck, the 1996 will do the same, says Carlson, who’s thriving in this market.

“Come next May,” he says, “I will have had my operating authority for 25 years. Right now, trucking is the best it’s been in that entire 25 years” as far as he’s concerned.

Hear my past podcast with the owner-op, in which he details his history, from 2017 below: 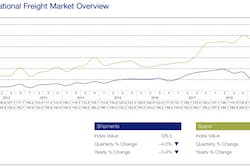 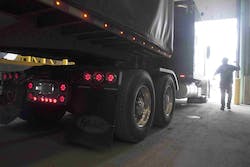 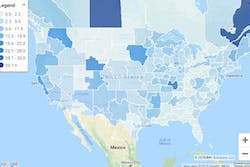 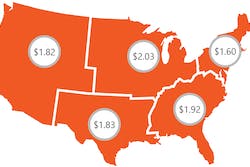