When I look back on Overdrive's recent history, perhaps nothing stands in my mind as more significant from a historical perspective than "Long Haul Paul" Marhoefer's contributions to the magazine's multi-author "Overdrive Extra" blog with his "Faces of the Road" series of portraits. Largely close-ups on various members of the driver community, the series itself was inspired at least in part by Marhoefer's admiration for the great Studs Terkel's written oral-history approach to documenting moments. Terkel's approach is predicated on capturing the voice of the subject, the person of interest, on topics that matter ... not just to Terkel, but more importantly, to them.

It's an approach that Marhoefer -- as most of you likely know a working long-hauler even today who spent many years in trucking as an owner-operator, too -- has put to great effect in empathetic, sometimes quite funny, sometimes moving portraits that, considered together, make for a history of trucking all their own.

Paul Marhoefer (bottom right) channeled the story of Kay and Ken Wagner (bottom left) in late 2019 as part of the 'Faces' series. The Wagners didn't exactly divulge the secrets underlying their 45 years of team OTR work, yet their history spoke for itself. Read more in Overdrive's weekly 60th-annversary series of lookbacks on trucking history, and that of the magazine itself, via this link.

Over the course of slightly more than three years, Marhoefer has managed to accumulate almost 30 of these pieces for "Faces of the Road." All told, they document the hopes and desires, and bedrock business and life-OTR realities (just why is $6,000 for Chicago to Long Island no longer enough?) of men and women working within and at the margins of trucking.

A read through all of the current 26 of the installments illuminates not only of the contemporaneous picture they paint of trucking in the early 21st century, but also of how we got to this point. Featured haulers invariably share their own histories, stretching back in some cases to the very beginning of OTR work almost a century ago. You can find all of them listed in reverse chronological order at this link, and below I've highlighted a few of my favorites for you as part of our ongoing 60th-anniversary series of weekly lookbacks on the inextricably intertwined aspects of Overdrive and trucking history. 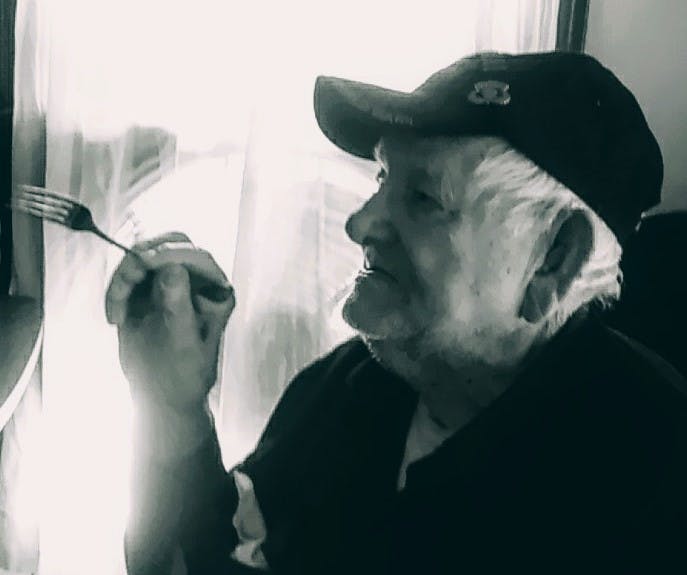 'I was always kind of an outcast.' | Retired Indiana-based owner-operator and fleet owner Theldon Thornburgh (here pictured) shared recollections from early wildcatting days in his 5.2-million-mile career, among other stories, with Marhoefer in early 2018. Thornburgh was also interviewed for and featured in Episode 3 of the Marhoefer-hosted Overdrive/PRX collaboration on the "Over the Road" podcast series in 2020. 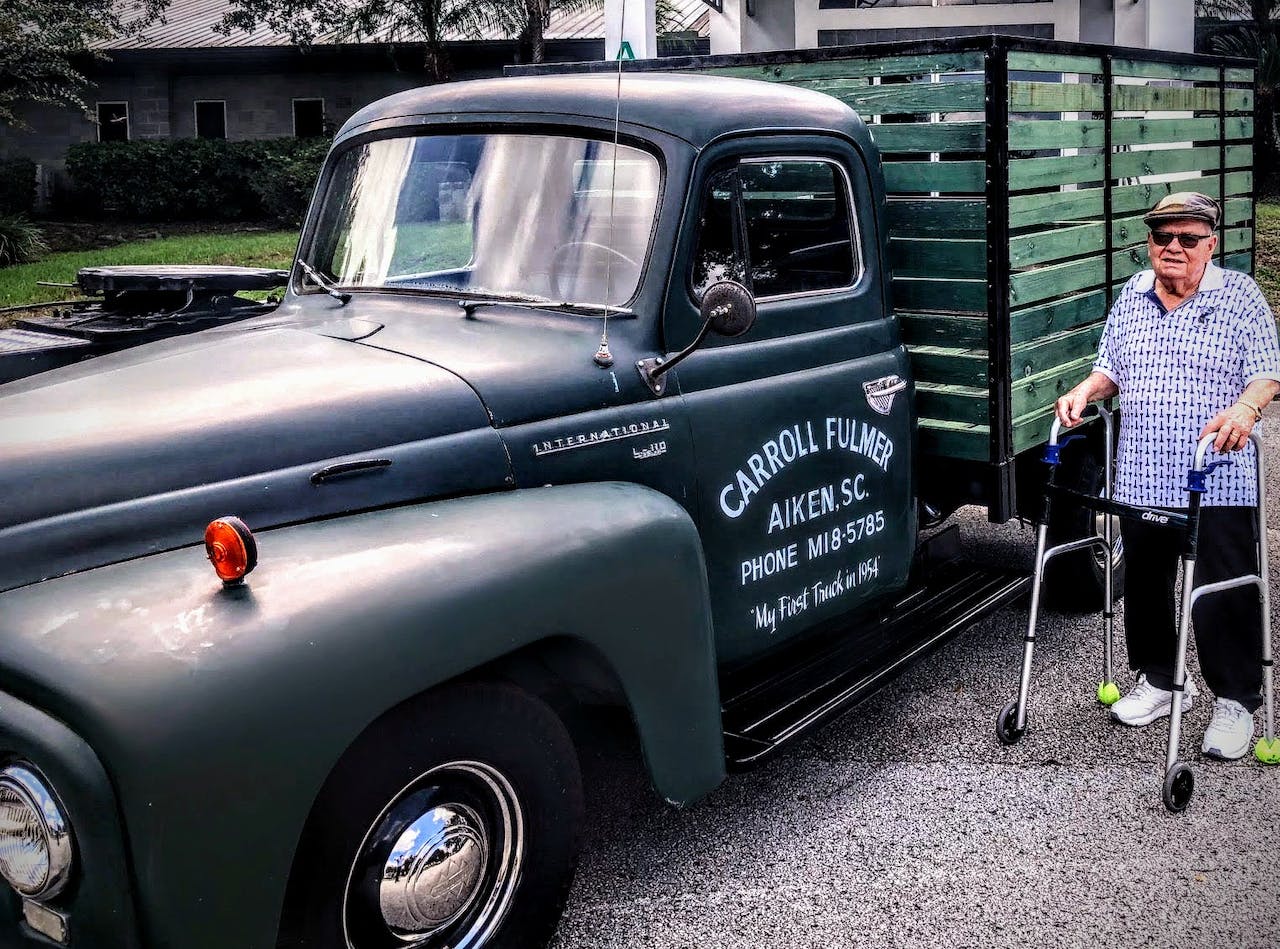 Never underestimate a South Carolina watermelon hauler | A 'Faces' installment also circa late 2019 told the wild and wooly story of 1980s country-music star and current gospel singer Leon Everette, and how he got his start with none other than Carroll Fulmer helping get his foot in the door of Nashville music execs. Fulmer, who got his own start hauling watermelon and cantaloupe out of South Carolina before building the Florida-based trucking company now known as Carroll Fulmer Logistics, is pictured here with his very first truck. Read Everette's story of Fulmer's efforts to springboard his career. 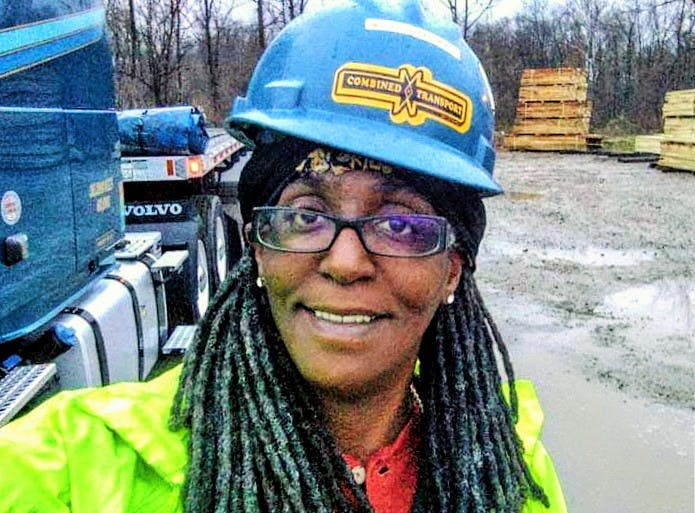 'They're not used to seeing a woman haul steel.' | A chance encounter while waiting on a shower yields a long conversation with this Maryland-based steel hauler, Nikki Stewart, which you can read at the link. "“There’s a lot of ego in steel hauling. You have to psych yourself up for it, like an athletic event. You have to have a good work ethic. ... When they see you’re a woman, they have to give you some kind of label.” ... 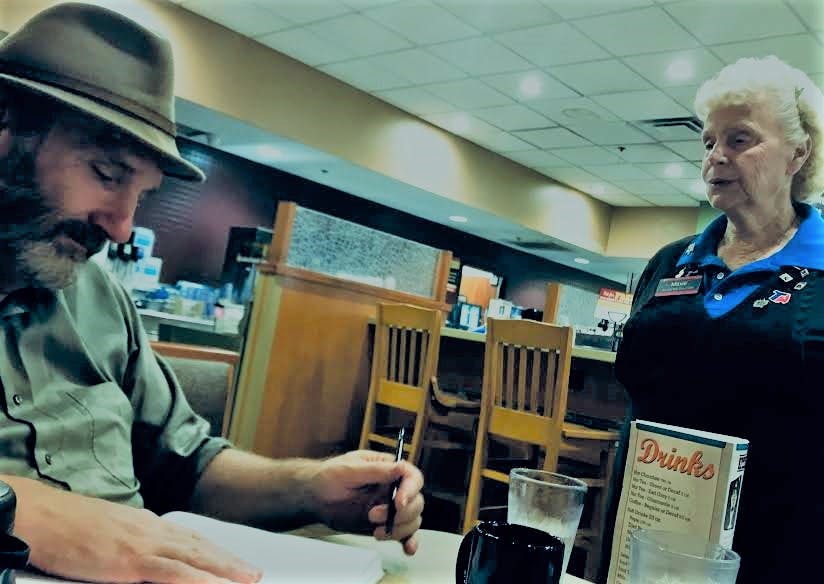 'I like aggravating truck drivers' | Marhoefer is pictured here with Maxie Satterfield during a talk with her at the Terrell, Texas, TA, where she was working at the time (late 2019) on nearly 50 years spent serving drivers around the Southwest and South. Among what's kept her at the work for so long -- the jocular bonds built with regular customers, of a fashion: “They still come in and ask me to marry them. I just say, ‘I’ve had four husbands. Three died of mushroom poisoning. One died from a club to the head. He wouldn’t eat the mushrooms.’" ... Read -- or re-read, as the case may be -- her story. You won't regret it in either case.

Canvass back through all the 'Faces of the Road' installments via this link. 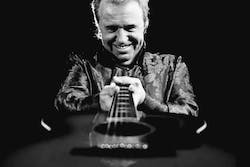 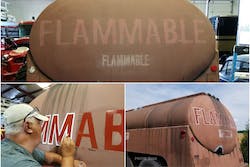 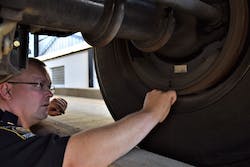 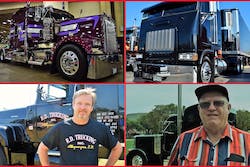