As a primer for the show, here are 10 things you can see or do or should know for the show.

1. Best of the best show trucks:

Emily Weymouth, Overdrive’s 2014 Most Beautiful winner, will make appearances at the booths of Con-way, the program’s sponsor, and Overdrive. She’ll be crowned by last year’s winner, Maggie Stone, at Red Eye Radio’s private VIP party. Click here to read more on Emily and see more photos from her shoot with Overdrive.

The three finalists in Overdrive and Red Eye Radio’s Trucker Talent Search contest will have a sing-off on Friday to determine the winner of the contest, who will be chosen by a panel of judges. The finalists, who were chosen by Overdrive readers via online voting, are drivers Brad James, Keith Sampson and Jennie Simpson. Click here to read more on them and to see samples of their singing work.

Driver-songwriter Tony Justice will emcee the event, and he’ll also perform. Red Eye Radio will also have on hand at its booth country star Lee Ann Womack and “Deadliest Catch” star Edgar Hansen, who will greet attendees and sign autographs.

Hansen will also be making an appearance at the Chevron Delo booth.

Daimler will be showcasing at its booth the latest lineup of trucks, engines and telematics.

Plenty of other equipment and technology will be on display at the rest of the show, too, including one of 10 special edition model Peterbilt 389 tractors built by Fitzgerald Glider Kits.

Highlighting the seminar opportunities for current and prospective owner-operators are the two Overdrive’s Partners in Business seminars, held Friday and Saturday.

Presenters will offer owner-operators and small fleet owners the bsaics on how to make their operation more profitable and successful. Radio host and small fleet owner Kevin Rutherford will be presenting at the Saturday session. Attendees will receive complimentary refreshments and a free copy of the Partners in Business manual.

Download the official Great American Trucking Show app on your smartphone or tablet — available for iPhone, iPad and Android — not only to see the comprehensive list of exhibitors and a show floor map, but also to find giveaways, drawings and other free stuff on the show floor.

The app also has a comprehensive show schedule of events happening throughout the three days and the dates, times and locations of all the educational seminars and opportunities for owner-operators and drivers.

Overdrive has a special giveaway of its own at the show: A special-edition American Trucker Tribute Golden Boy Rifle from Henry Repeating Arms. The contest is limited to show attendees. The .44-caliber Magnum Big Boy is valued at $1,500 and will be on display at the Overdrive booth.

For those who can’t attend the show, Overdrive will be covering it every step of the way, with live updates on OverdriveOnline.com, Facebook and Twitter.

We’ll also be sending out two newsletters each day instead of the usual one to push out all of the show coverage. If you’re not a subscriber already, click here to sign up.

Stunt truck driver Mike Ryan’s Class 8 racing truck will be on display at the Overdrive booth in prep for the truck race series that kicks off in 2015.

The series is dubbed the ChampTruck World Series. It will emphasize low-cost trucks, but they’ll compete at major tracks like the Daytona International Speedway, Texas Motor Speedway and Portland International Raceway.

Ryan and partner John Condren will be on hand to answer questions about the series and show off his truck.

9. The future of trucking, live:

SiriusXM Road Dog Trucking Radio will be broadcasting live from the show Friday at the Shell Lubricants booth, where attendees can watch the broadcast.

The broadcast will feature a panel of industry experts who will forecast the future of truck technology, fuel and smart roadways. During the three-hour session, Sirius says it will outline challenges facing the trucking industry in the coming years and figure out what’s in store for the next generation of trucks and drivers.

Overdrive Equipment Editor Jack Roberts will be part of the panel, and he’s written several stories recently about the future of technology in trucking. Click here to see them.

Drivers and owner-operators looking for a new driving gig or to explore options can check out the driver recruiting pavilion at the show. More than 100 trucking companies will be represented, and drivers can meet with recruiters and put in applications for driving jobs. There will also be lots of free goodies available for attendees.

Bonus: Park for free, shuttle to the show:

Plenty of truck parking will be available around the show, including Lot E near the Dallas Convention Center. The show will also provide free shuttles — which will be running continuously during show hours — from truck parking lots to the convention center.

Click here to learn more about GATS or to register to attend. 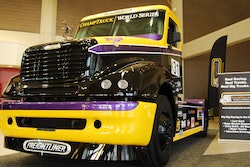 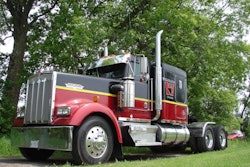