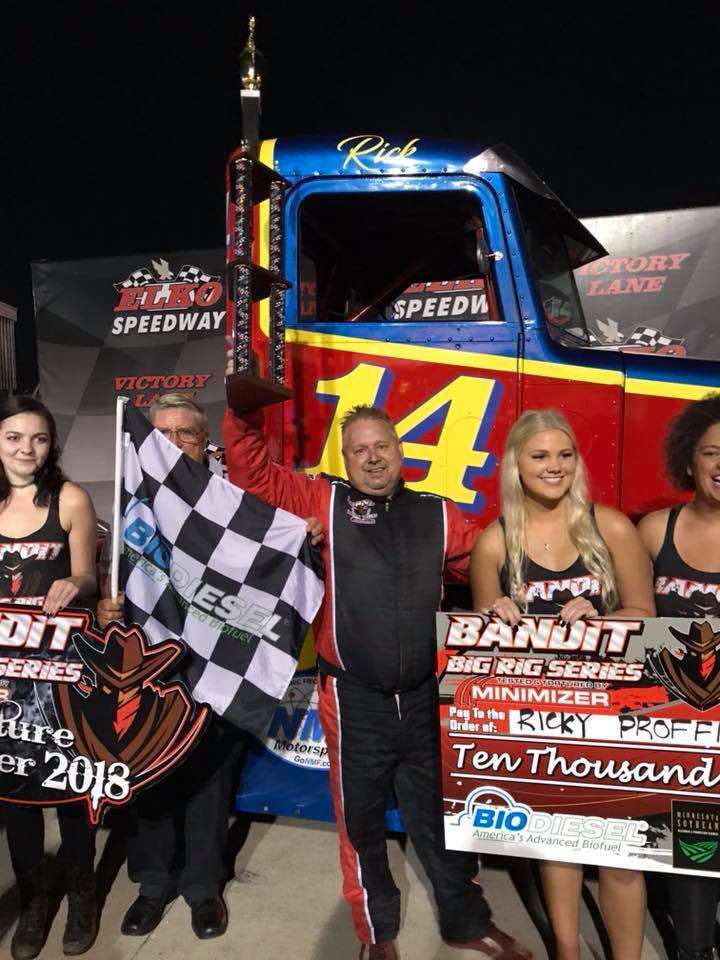 Minimizer Bandit Big Rig Series points leader Ricky “Rude” Proffitt channeled his inner Dale Earnhardt with his own version of the “pass in the grass” Saturday, Aug. 25, at Elko Speedway in Elko, Minnesota.

With 10 laps to go in the 30-lap feature race, Proffitt was in third behind his brother, Darren Proffitt, and leader Justin Ball. Ball was working to get around lapped traffic when the Proffitt Brothers went on either side of Ball to go three-wide. Ricky was able to get by both Ball and Darren, but Craig Kruckeberg, who was going a lap down, collided with Ricky coming out of turn four, sending him down through the grass.

Ricky was able to save his truck without crashing and came out ahead of the pack with the lead. For the final nine laps of the race, Ball stayed on Ricky’s rear bumper but was never able to make enough of a run to take the lead, giving Ricky his second win in a row and his third of the season.

“I think I just shut my eyes half the time in that one,” Ricky Proffitt said after the race. “I didn’t think I’d get this one.” 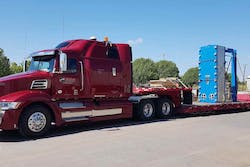 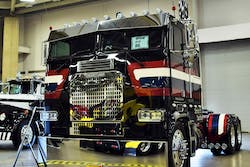 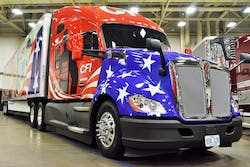 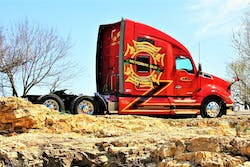