On taking control of your trucking business' future: Why oh why are we so afraid of those who ask why?

Contrarian: A person who takes an opposing view, especially one who rejects the majority opinion.

Why do some get so upset when others ask the simple question of why? Is it simple fear of those they consider antagonists or contrarian? I hope not. Being bold enough to ask why is the bedrock of invention, of science, of basic discovery.

Every over-the-road owner or operator should be ready to ask why when they look at a settlement and notice they have been charged for something, or not reimbursed or paid for something else. As most owners know, no doubt, if you are not willing to ask why, companies (some on purpose, some not) will nickel-and-dime you to death when you work in an industry built around the flow of money to and from service providers, where nickels and dimes quite quickly add up.

When I finally got to college for the first time as an undergrad, after 28 years' worth of a post-high school working career, much of it behind the wheel, I found I had to take courses in how to frame an argument. These courses were required of all students in order that they learn how to apply critical thinking skills. Yet, I ask: Why is it that all students aren’t taught these skills well before they get that far along in the education journey? Is our society and primary educational system failing so many of us that learning basic critical thinking is now only the province of those who choose collegiate education?

Learning is more than just knowing the facts; it’s questioning the facts. It might sound counterintuitive, but I feel fortunate to have been raised in an era of turmoil, unrest, and change -- contrarians raised questions over high-profile issues like the Vietnam War, the assassination of Kennedy, racial discrimination and more, in a high-profile way. From these contrarians we have a better vision of equality, not to mention a wave of music that moved our souls.

A generation was raised that birthed the personal computer, the iPhone, questioned authority and generally made advancements beyond what had previously been dreamed of as possible.

Farther back, asking why gave us well-known innovators like Benjamin Franklin and others among America’s Founding Fathers, inventors like Thomas Edison and Alexander Graham Bell, Ford Motor Company founder Henry Ford, and Edward Jenner, who pioneered the concept of vaccination, leading to the eradication of smallpox.

Asking why is the reason leading figures in the history of psychology like Carl Jung, Abraham Maslow, and Sigmund Freud were able to give us a better understanding of human nature. Do I agree with everything Freud had to say? No, but that is the point. Because I do not agree with everything he taught us, I am propelled to ask why.

You should be questioning why fuel prices are so crazy, and the forces -- market-driven and political -- that make it possible. You should question why truckers pay higher tax rates than Joe four-wheeler, or why you not only pay taxes meant for roads at the fuel pumps but often enough toll fees, too.

Ask the fundamental questions and who knows but that you will be the next innovator -- like Bruce Mallinson, owner of Pittsburg Power, a leader in truck repair, or like the Mack brothers who brought us Mack trucks. Do not think such things are out of reach, that only people like Elon Musk can accomplish such things. All you need is a dream, the drive to make it happen and the nerve to ask why.

If you are a business owner and you do not ask why when the question arises, I can guarantee you will be taken advantage of, charged something outrageous for repairs or towing, or pressured to take unsafe risks when in your heart you know you shouldn’t. I am not saying go out and cop an attitude and seek confrontation above all else -- ask why, weigh all the facts, and form your argument in order that your perspective can be understood. Step out of the herd and blaze your own path.

One of the things I’ve always loved about trucking across this great country of ours is envisioning the trek the pioneers took as they crossed it, looking to realize their dream. Simply because they dared to ask why they were here, then what was possible, they opened this country to progress and innovation and became the foundation upon the bedrock the founders laid.

Yes, asking why breeds other questions: How can this be done better? How can we get to the goal? I can remember back in 1969 lying in front of our black and white television and watching the first moon landing all because someone dared to ask why and how it could be done. A why question is the largest end of a funnel that leads to another question, then another, and another, until you have exhausted all unknowns and have discovered the ultimate answer for yourself.

Without the willingness to ask and, ultimately, take control, you are simply at the mercy of others.

[Related: 'Cancelation,' and the First Amendment's rope-a-dope with U.S. culture] 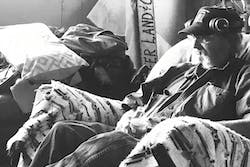 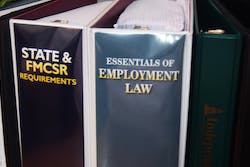 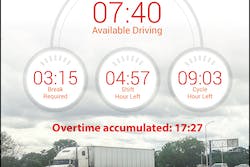 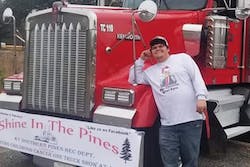