The 11 tracks on Long Haul Paul Marhoefer’s new “Songs from a Truck” album, available now via the streaming platforms and on a CD you can order via this link, cap what’s been quite a year for Marhoefer, as most of you will know pretty well. He was the voice of the Overdrive/Radiotopia coproduction of the Over the Road podcast earlier this year, which reached millions of listeners both inside and out of trucking. His stories of hauling in the midst of the COVID-19 pandemic, too, turned no small number of your ears early on in the national panic that ensued — and lately, too — via his contributions to the Overdrive Extra blog, and Overdrive Radio.

For me, though, this record, released with little promotional fanfare a couple months back, might be the crowning achievement. It follows the stellar “You Were a Good Hand” from a year ago, and comes at a time where its explorations of personal history and emotion will strike a chord for anyone struggling with how to manage the pressures and risks of the road with a family back home – such a struggle got more than a few added wrinkles this year, no doubt. Hear a variety of the tracks within, and the stories behind those songs, in today’s Overdrive Radio edition.

The title of “Songs from a Truck” can be taken quite literally, too — the entirety was recorded in the cab of the Moeller Trucking Peterbilt Marhoefer pulls a reefer in today, in the lot of a Ft. Worth, Texas, warehouse. Marhoefer’s wife of 40 years, Denise, was on-hand for recording and, along with well-known videographer James “Tex” Crowley (who engineered the in-cab recording), became something of a character throughout the course of the album’s stories told, songs sung, jokes told. Take a listen: 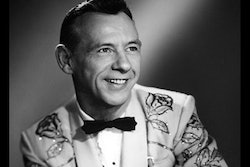 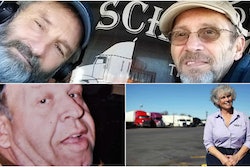