Following the Channel 19 dissection of the independent business of Tom and Karen Moore, based in Bakersfield, Calif., as well as Kevin Rutherford’s analysis of what it would take to justify upgrading a California Air Resources Board Truck and Bus Rule-noncompliant tractor, the Moores weren’t the only ones who felt like “our government is working against us,” as Tom put it. As deadlines approach at yearend for 2005-06 engines under the Truck & Bus Rule (find the full upgrade schedule via this post), readers commented in droves on our Facebook page and at OverdriveOnline.com. Find further responses below.

A commenter under the name “Melody” reiterated the point that, regarding any upgrade decision, it’s important to remember that the Truck & Bus Rule’s compliance rules are by engine — not truck body — model year. Her own experience attempting to upgrade well-illustrates potential disasters: “CARB Compliance is based on the engine model year, not the model year of the truck body itself. The Engine Family Number is required to determine the engine model year. The engine family name is on the emission control label (ECL) attached to the engine,” she wrote. “In 2011, I bought a 2007 Pete (like new, with less than 180,000 miles) and in January 2012, I bought a 2007 KW. It wasn’t until I was attempting to report our vehicle that I learned of the engine model year.”

“Another option might be charging … more across the board to deliver to or pick up from California, or any other states playing this game.” –James Stepp via OverdriveOnline.com on ways to deal with the California emissions regs.

The Pete and Kenworth both were outfitted with 2005-model-year engines.

“If I’d only known then what I know now…”

Gary Johns: They are working against us. It’s time for all of us to start complaining to our local governments in large numbers – and this means you reading this. If we don’t, thing will get worse.

Gordon Alkire: In 2004, I had my truck engine overhauled. In the process, it was mandated that I install the EPA and CARB emissions programing in the ECM. My truck is a 1997 Freightliner Century. I had no choice in the decision. Immediately, I had a 2-mpg reduction in fuel mileage – also a severe loss of power. That was an additional cost of near $15,000 a year [on fuel]. … Since my ECM started to die a few months ago, I purchased a new one – upped the horsepower to 600 and no pollution crap in it. I gained my fuel mileage back plus some. I may go to California until the end of the year if the loads pay better than good – after that, I don’t care, as there are many other places to go to earn the buck.

Chris Harkins: I say we all just stay out of California and let it die – then use it as an example of how not to run your state into the ground.

Jeff Baird: I quit going to [California] a year and a half back. There is plenty of good-paying freight in the United States without ever crossing into California.

James Stepp: Another option might be charging … more across the board to deliver to or pick up from California, or any other states playing this game. Stopping service to these states would only cause them to have their reps legislate … to make drivers serve the states, but continuing to “serve” them while making it incredibly expensive to get their product moved would let them see what a “financial crunch” really feels like, while enabling the drivers who are willing to go there to make decent money for their added expense and hassles.

Anonymous: I live and operate in [California]. You guys should keep coming out here. They have only 100 enforcement people to take care of this debacle. The chances of getting caught are like playing the lottery. Everyone here is still running their junk. I have upgraded and am suffering the ills of making big payments. I am compliant, reluctantly. 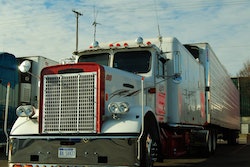 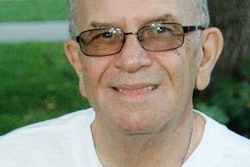 Salute: From a truck driver’s daughter to her dad 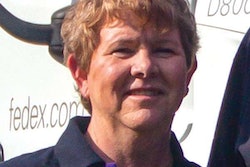 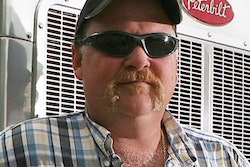