Redux: Have you seen your ‘CSA scorecard’?

It’s been a long time since I asked that question. Last time around, in the very early days of the Federal Motor Carrier Safety Administration’s Compliance, Safety, Accountability program, the answer was little more than a _____. In the post linked above, I wrote about a then-new service from the Vigillo company that gave drivers access to that company’s tabulations of their CSA “scores,” using published methodology for FMCSA’s Driver Safety Measurement System and providing numerical rankings in the BASICs (Behavioral Analysis and Safety Improvement Categories) with a look and feel similar to what the agency does for carriers publicly today.

Officially, CSA rankings for drivers continue to be an internal tool at FMCSA, not for public view. But Vigillo has more than 2,000 carrier customers involved in its system, representing, says the company’s Steven Bryan, “just under a million drivers” all told, well up from the 600,000 or so in the system two years ago.

Marketing to drivers directly with the Roadside Resume, as it calls the service (any driver in the system can see their numbers for free), Vigillo has in turn banked on more carriers willingly sharing inspection/crash data with the company in order to make its entire system more robust in the comparisons it makes. Given it doesn’t have access to the entire universe of drivers out there — only to those hauling under lease to or employed by its customer carriers — the ranking numbers aren’t exactly reflective of what FMCSA has in its internal system.

All of this has put Vigillo under the requirements of the Fair Credit Reporting Act, which mandates a complaint resolution procedure for inaccurate information, more than what most third-party CSA tabulators provide — many only to defer to FMCSA’s DataQs process, one fraught with difficulties. As the Owner-Operator Independent Drivers Association’s recent suit and my prior reporting makes clear, those difficulties have been particularly notable for drivers and owner-operators attempting to navigate the system themselves.

Vigillo in December will update the Roadside Resume with its new Daylight Driver Index number, which purports to provide a single number (0-100, where lower is better) that claims to show each driver’s safety performance on an absolute continuum. I’ve thought of it as a kind of “Safety Fitness Determination” — which FMCSA hasn’t even instituted as yet for carriers — for a driver. Bryan, however, sees it somewhat differently. “If a driver has an 80, this is not an indicator of a poor or unsafe driver,” he says. “We’re saying that if FMCSA comes in for an intervention, they’re going to focus on that driver.” He likens the DDI to the Inspection Selection System number every carrier gets that helps officers at roadside as well as bypass systems prioritize certain carriers to get pulled into the scale, into the holding pen for inspection or bypassed.

“The huge majority of drivers score high” in the DDI, says Bryan, illustrated by the table above. Only 15 percent or fewer “have any significant issues at all — with scores above 65. Out of the entire million in our system, the average is about 36” — a good number, he adds.

In any case, my questions for you today: If you’re leased or a  company driver and have seen tabulated versions of your CSA rankings in the BASICs, how did you get to them — your carrier may have shared them, or perhaps you’ve accessed your record in the Roadside Resume or through another third party?

Also, have any of you been able to use the rankings to benefit?

Since the entire CSA enterprise began, many carriers have been working with their current drivers sharing CSA “scores” in hopes of engaging them in the process of carrier ranking improvement. The examples of Missouri-based Prime Inc. and Minnesota-based Transport America come to mind, both of which I’ve reported on in past.

It’s no accident that Vigillo called the Roadside Resume product what they did. “We get several hundred drivers a day logging in there and looking at their scores,” Bryan says. “They’re in there everyday at the level of 200 to 400 a day. Everybody’s gotten well attuned to the fact that the data’s updated once a month — we send out email blasts every month to carrier and Roadside subscribers. We see a pretty good spike every month when the update happens.”

Are you benefiting from seeing your rankings with prospective lessors or employers? Have you had problems? Tell me in the comments or by direct email: tdills [at] randallreilly.com. 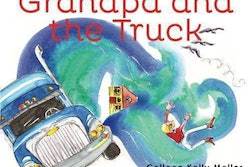 ‘Grandpa and the Truck’ — book 2 out now 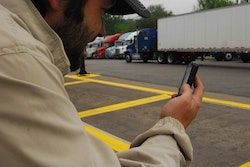 Mobile trends: Has your smartphone replaced your GPS? 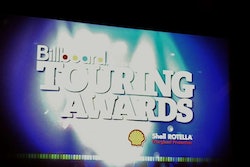