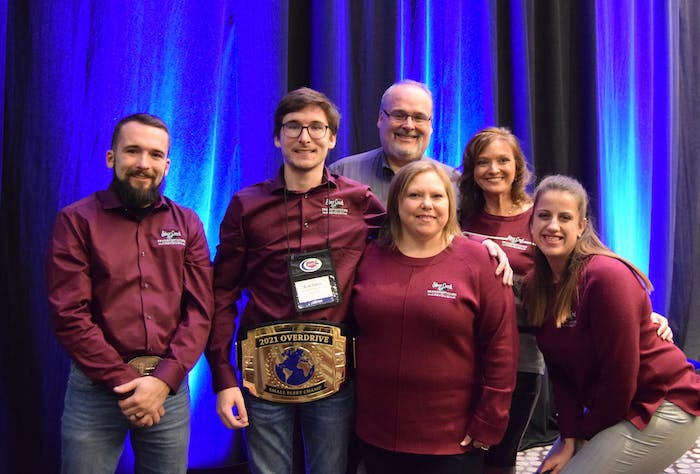 Silver Creek Transportation won the 2021 Overdrive Small Fleet Champ contest. See all 10 semi-finalist profiles via this link.Silver Creek was one of three finalists for the award, which was presented Thursday evening in Nashville at the National Association of Small Trucking Companies’ annual conference. Rob Hallahan with Hallahan Transport and Nick Hewitt with Professional Transportation Services, Inc. were the other two finalists.

"We just want to say thank you to everybody in here," said Silver Creek President Jason Cowan, speaking from the stage of a 600-people-strong packed house at the Omni Hotel and Convention Center in Nashville. "Nobody does anything by themselves. One of the core principles we have and we believe is that we're all in this together. This team behind me, they have worked hard. All you guys and ladies out here have, too, and that makes us proud to be out on the road with you every day.

"We just want to lift trucking back to where maybe some of us remember it years ago and do what we can to promote the industry. Just to be on the stage with these guys is an honor and a blessing." 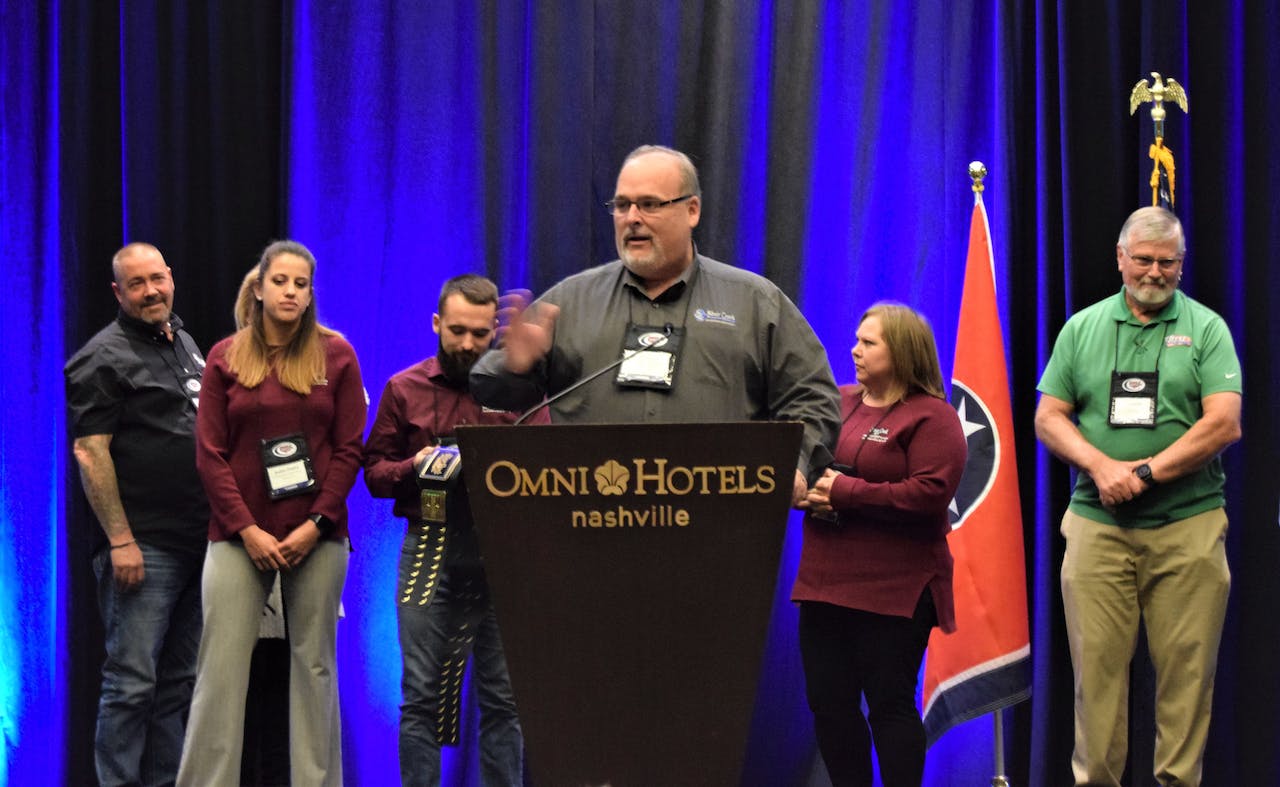 Cowan and his team, including two sons now closely involved in the business, set growth goals with a clear plan in recent years that allowed them to expand to 24 trucks.

The National Association of Small Trucking Companies sponsored this year's Small Fleet Championship program. Finalists receive a year's worth of membership in the association, with access to a myriad of benefits from NASTC's well-known fuel program to drug and alcohol testing services and more.After having its origins hauling aggregates after the purchase of another small trucking company in the 1990s, Silver Creek determined that no one customer would make up a majority of its freight as its recipe for stability and long-term growth. With its current 24 trucks, the fleet now moves food grade plastics, alloys and specialty machines and equipment with a trailer fleet of both pneumatic and liquid tankers, but also dry vans, flatbeds and low boy trailers.

For winning the contest, Cowan and Silver Creek receive not only the championship belt, but also two years of membership in NASTC, a trip to Overdrive sister magazine CCJ's Solutions Summit, and more.

The Small Fleet Champ award is meant to recognize the owner-operator who moves beyond a single-truck operation and "really commits to the business, grows the fleet and sticks around," said Overdrive Editor Todd Dills. "It's not just based on growth and income, and solid financials, but the sense that the owner is here to stay." 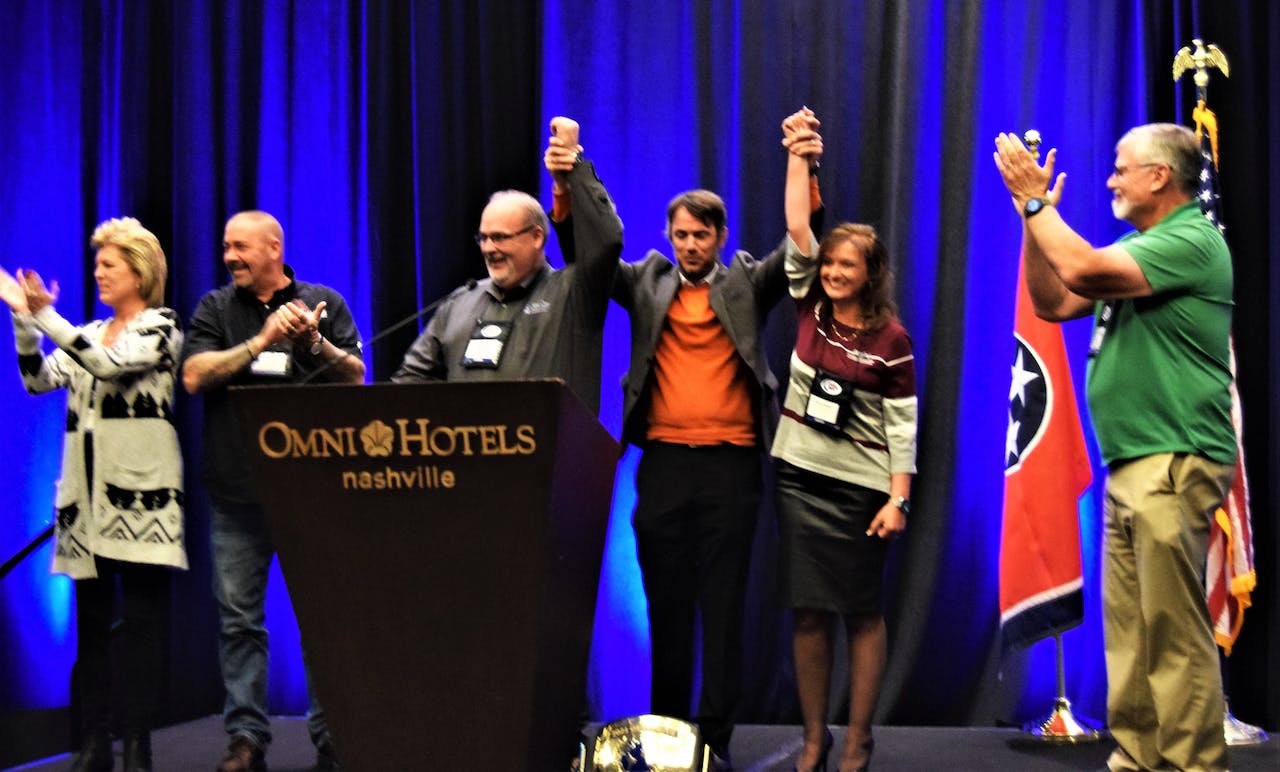 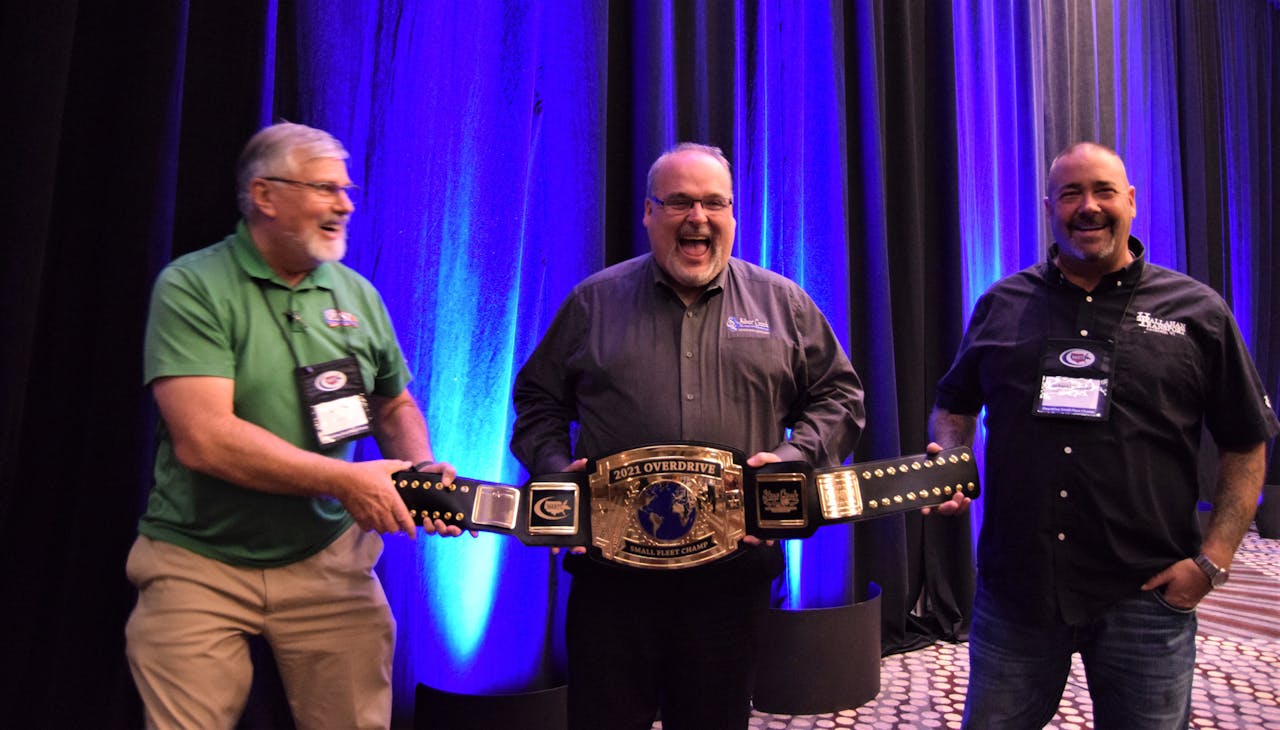 In a moment of levity following the Small Fleet Champ announcement, finalists Nick Hewitt, Jason Cowan and Rob Hallahan wrestle over the championship belt. All three are champs in the end, "a sentiment echoed by all three after a day of conversation, sharing ideas, and more," Overdrive Editor Todd Dills said. 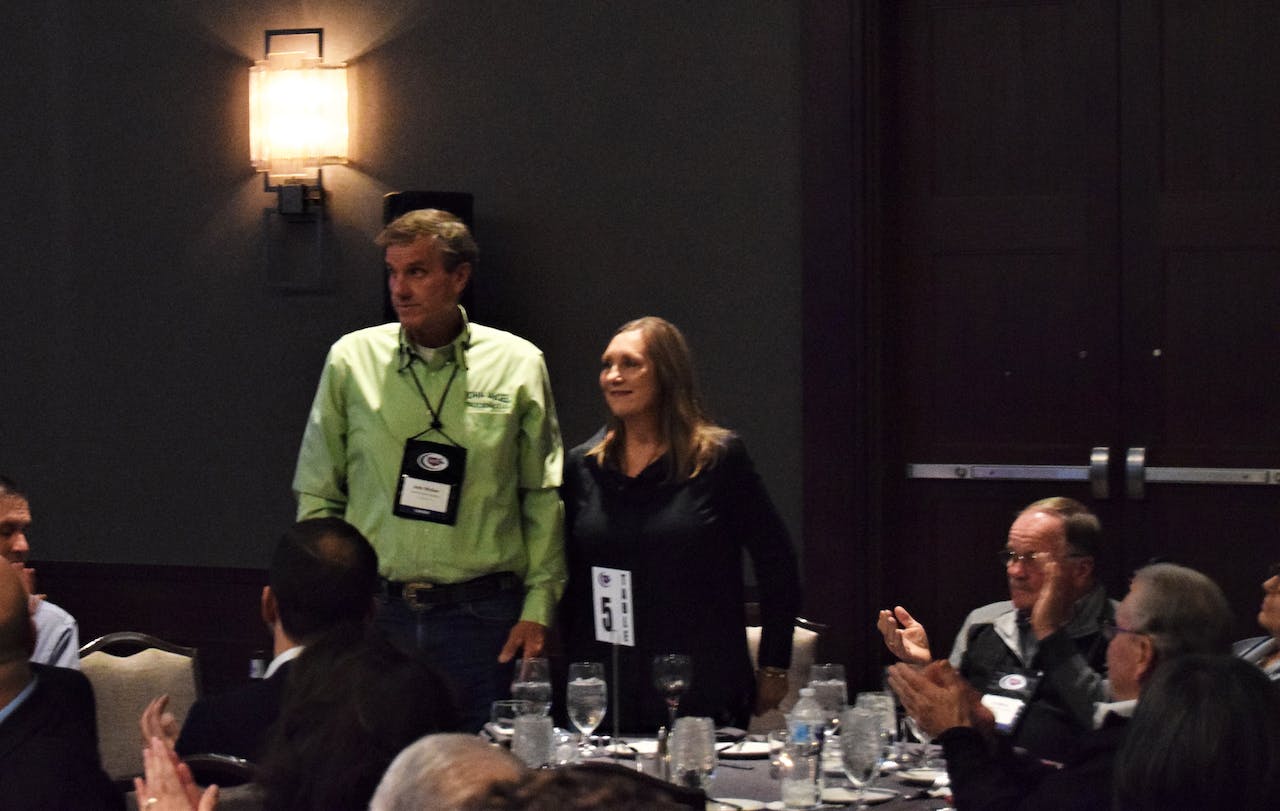 Two finalists from the inaugural and virtual Small Fleet Championship last year were on hand thanks to NASTC. Standing here are John and Brenda McGee of John McGee Trucking of Simsboro, Louisiana. Also recognized, and seated at their table in the picture, were Mike and Terry Burns and family with Ed Burns & Sons Trucking. The event was bittersweet for them, given the Burns' father, who founded the company more than 75 years ago, passed on July 4 this year and could not be in attendance. Ed Burns was 98. 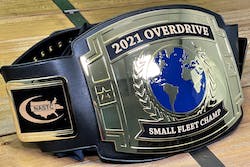 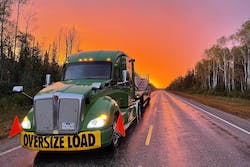 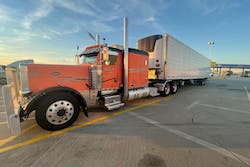 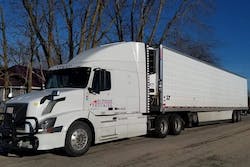