After weeks of digging through analytics and all of the news and features published on Overdrive this year, Overdrive editors put together a list of the top 20 stories from 2015. Below the top 10 stories of the year. Drop a comment below to tell us what you think the top story of the year was. See Part 1 of this piece, the 11-20 top story rankings, at this link.

Part of extensive reporting this spring by Overdrive Senior Editor Todd Dills on when and where to find the best truckload rates, this post came by way of Dills’ Channel 19 blog in April. It lists the 10 states with the worst outbound van and reefer rates in 2014. The same month, he also posted this piece, noting the 10 states with the strongest outbound rates in 2014.

Shepard Dunn, then-TCA Chairman, told attendees at TCA’s February-held Recruitment and Retention Conference that fleets should look to increasing driver pay as a mechanism for recruiting new drivers. Truck driver pay, he said, should be at minimum $65,000-$70,000 a year.

Obama weighs in on hours-of-service

The President’s views on the 2014-instituted ‘restart rollback’ — a reversal of some hours-of-service regulations put in place just 18 months prior — came in June following the House’s introduction of a bill that further entrenched the suspension of 2013’s 34-hour restart regulations. Obama said he would strongly consider vetoing the House’s bill, citing the continuation of the restart rollback as one of many reasons. Ultimately, however, the House language prevailed, as lawmakers included the measure in a major government funding deal reached this month. Obama also signed the bill into law. See the latest coverage here. Also of note relative to hours: This is the first year in several that it hasn’t topped Overdrive’s annual top stories list.

Wal-Mart and its private fleet earlier this year announced civil settlements in the lawsuits brought against them following the high-profile June 2014 crash on the New Jersey Turnpike involving actor Tracy Morgan. In addition to settlements with Morgan and others severely injured in the crash, Wal-Mart announced a settlement with the family of comedian James McNair, who was killed in the crash. The terms of the settlements were not disclosed. 2015 also saw several attempts by the truck driver in the case, Kevin Roper, to delay the civil proceedings until the criminal case brought against him was resolved. The NTSB also released results of its investigation into the case, concluding that Roper fell asleep at the wheel, leading to the crash. Wal-Mart in recent months also has found itself in a legal fight with its insurers, who have refused to pay the company’s agreed-upon settlements. Just this month, Roper was indicted on charges of manslaughter and vehicular homicide.

Kenworth unveiled in March a new, premium edition tractor based on the classic W900, dubbing it the Icon 900. The truck is a modernized tribute to the now 55-year-old tractor. See this post, the first look from the Mid-America Trucking Show, along with Overdrive’s test drive of the tractor, taken in September by Overdrive Equipment Editor Jack Roberts. Also, check out Overdrive Senior Editor Todd Dills’ ‘second look’ of the tractor, photos and videos of the very Icon 900 on the show floor at MATS, now with custom stripe graphics akin to the Kenworth factory-given stripes.

Truck driver Kenny Capell saw his obstruction of justice charges dismissed in March, following an incident in April 2014 at a Georgia scalehouse in which Capell was booked for refusing to allow an officer to interrupt his off-duty rest period. Capell, who drives team with his wife, was in the sleeper of the couple’s truck when he was forced awake by an enforcement officer asking to see his identification. His wife was driving at the time. Capell complied, but a few weeks later, when the officer tried again to interrupt Capell’s rest period, Capell refused, and the officer subsequently booked him on the obstruction charges. They were later thrown out in court. See Overdrive Senior Editor Todd Dills’ full report on the saga here.

Coming in response to Congressional direction and what it said was inflationary adjustment, the Federal Motor Carrier Safety Administration in April announced across-the-board increases in fines for violations of federal trucking regulations. See the table with all of the new fine amounts at this link.

This piece, from Overdrive Senior Editor Todd Dills, came as an advanced warning to truck operators: Enforcers ramp up inspection activity before the annual Roadcheck inspection blitz, according to inspection occurrence data and consensus from readers, with some states jumping the gun on the true inspection blitz week.

Just hours after President Obama signed into law a five-year, $305 billion highway funding act, FMCSA announced it had removed from public view carrier percentile rankings in the Compliance, Safety, Accountability program’s Safety Measurement System, as stipulated by the freshly signed FAST Act. In addition to the removal of the scores, the agency has been directed to revamp the program. The bill also enacts some driver drug testing reforms and shores up highway funding for five years. While many consider the removal of the scores and direction by Congress to reform the program a win for the trucking industry, it’s still unclear how the changes will impact owner-operators, if at all, especially since much of the data feeding CSA is still public. See follow-up reporting on the matter here.

FMCSA this December, after a fair amount of delay on the rule in recent years, published a Final Rule to mandate the use of electronic logging devices for most truck operators required to keep records of duty status. The rule is set to take effect in December 2017, giving truck operators a two-year window to comply with the rule’s requirements. See the full report on the rule here.  A court challenge has already been filed against the rule. Click here to see all of Overdrive’s ELD coverage. 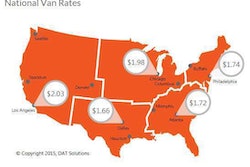 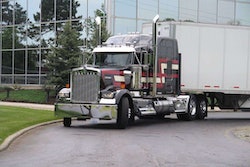 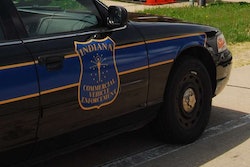 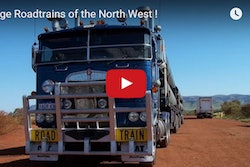