FMCSA's new agenda, diesel's wild ride and the owner-ops who braved a 'bloodbath': 2022 in review

Alex Lockie
Dec 28, 2022
No image defined the owner-operator experience of 2022 quite like the prototype suggested by this one, showing rarely seen per-gallon fuel costs and and gaudy totals. A similar series of photos shared around on social media prompted Overdrive's Gary Buchs in August to drill down into strategies to do more than just live with the all the horror around high fuel.

An ongoing pandemic, a raging foreign war, and diesel prices on a high-flying rollercoaster ride marked the year 2022, sure to go down as one of the most volatile in trucking's recent history. At the year's end, Overdrive looks back at some of the biggest stories around trucking with this trip down memory lane.

Remembering early January 2022, we all seemed so innocent, didn't we? The difficulty heated up -- or cooled down in this case -- quickly, with Virginia's outgoing governor blaming drivers themselves for getting stuck in a 27-hour snow-in on I-95. While the incident was isolated, it set the tone for a year where weather loomed dangerous and government struggled to empathize with the trucking public, in more ways than one.

In February, news emerged around the Environmental Protection Agency's work on a new slate of regs for its "Cleaner Trucks Initiative," which would percolate behind closed doors until just a week ago, when the agency dropped the stringent new rules on equipment manufacturers, to much of the trucking world's worry about feasibility and equipment-cost implications.

Soon after, the state of California signaled intention to stick with its timeline for the ban on all pre-2010 spec engines in the state at the end of the year. Overdrive analyzed just what that might mean for the approximately 76,000 trucks then currently operating that could fall under the ban in the country's biggest economic powerhouse among states.

By late Spring, we were starting to see the first trickles of what ended up becoming a tide of owner-operators prodding at regs with exemption requests when an individual owner-operator, Lee Schmitt, asked the Federal Motor Carrier Safety Administration for an exemption from five provisions of the hours of service regulations. Namely, Schmitt was looking for an exemption from the 10 consecutive hour off-duty time requirement; the 14-hour driving window; the 30-minute break requirement; and the 60 hours in 7 days and the 70 hours in 8 days limits. Schmitt aimed to remain compliant with the daily 11-hour drive time limit and cited his natural sleep patterns and long, distinguished driving career as reasons why he should be exempt. Many in the trucking community supported the idea for a maximum of driving/duty flexibility with demonstrated experience, but Schmitt was ultimately denied though no less determined to try again.

Later, other owner-ops would wage similar campaigns with the FMCSA, gaining no shortage of support from fellow operators in the process, though none have yet succeeded.

Overdrive Radio · What if you didn't need 10 after 11 or 14 in the hours of service? Lee Schmitt aims to find out

By Fall, FMCSA had made it clear it was thinking of mandating electronic-logging-devices even for currently exempt pre-2000 engines in glider kits. After just a week of the agency's notice requesting comment, hundreds had already let the FMCSA know in the federal register that they mostly opposed the idea, many disputing the notion that their pre-2000 engines could accommodate an ELD.

Around that time, Overdrive dug into data since the ELD mandate and found that, however you slice it, crashes, injuries, and fatalities have all risen since the FMCSA made its move to implement the current ELD mandate in late 2017.

Throughout the year, FMCSA kept the regulatory ball rolling by signaling it would kick off rulemaking around a speed limiter mandate. If the notion of mandating ELDs on pre-2000 engines was unpopular, this one absolutely went down in flames, with some 15,000 commenters mostly trashing the idea. Many owner-operators, including Overdrive contributor Clifford Petersen, called for limiters where the real speeding problem lies -- with racing four-wheelers, not trucks.

Some further reporting, however, revealed that today's speed limiters might not be such an onerous requirement in some ways, particularly if they allowed for different limits based on the posted speed on the road traveled. It took a while, but by the end of the year, Overdrive found that rare owner-operator who liked the idea of speed limiters, and had limited his truck at 58 mph.

All summer long, though, owners had bigger fish to fry than the threat of new regulations. Most were laser-focused on controlling costs as fuel prices soared and rates dropped. Rates down, fuel up, is a trucking 'bloodbath' on the way? Overdrive asked in April, just a couple months after Russia invaded Ukraine, throwing fuel prices into uncharted territory and sending many scrambling to rebook loads, find more fuel-card or bulk-buy options, or re-assess operating speed to save with better mpg.

Overdrive Radio's weekly podcast dove into 2022's fuel price insanity in what would go on to be some of the top episodes of the year, listed in the playlist below.

By August, Overdrive had caught up with a veritable miles-per-gallon guru, Steve Kron, whose heavily modified 2001 International gets a steady 10-plus miles per gallon. Later, when diesel inventories in the U.S. got perilously low, we looked into just how close the world's biggest economy could come to catastrophe when, in early November, there were only 25 days' worth of diesel left around the country.

Diesel prices remained significantly elevated throughout the year, even as gasoline prices dropped, prompting this look at why exactly diesel became so much more expensive than gas after years of the shoe being on the other foot.

All the while, Overdrive maintained its core informational mission, publishing some articles that, we hope, helped you fine-tune the business, control costs amid record inflation, and stay smooth through inspections.

A handy resource in that vein is the Partners In Business manual, which Overdrive produces and maintains in partnership with ATBS. Find the handy and comprehensive guide here, and plenty there, too, via weekly contributions from staff and longtime and relatively new Overdrive Extra contributors Gary Buchs, owner-operator-turned-insurance agent W. Joel Baker, the aforementioned Clifford Petersen and others.

From our Trucking Law series of videos, an attorney's take on "personal conveyance" showed what that really means and when you can use it under current hours of service guidance. Despite some renewed calls from truck enforcement reps for time and/or distance limits to be added to PC guidance in 2022, nothing changed fundamentally over the course of the year.

Charting some of the nitty gritty around general maintenance ahead of the Roadcheck inspection blitz, we got into ways to prevent brake adjustment violations, likewise the top reasons wheel seals fail. And following reporting on the huge rise in double-brokering over the past few years by entities duly authorized in FMCSA's authority registration system seemingly for that purpose alone, this story engaged with regulators on the issues. It also offered a variety of avenues toward helping to combat the problem with vigilant whistleblowing on the bad actors.

And, of course, no year at Overdrive would be the same without a heaping helping of the beautiful custom rigs we saw in 2022, whether featured with accompanying videos or uploaded to the Reader Rigs gallery by you. Top honors on that front, to say nothing of the 2022 virtual Overdrive's Pride & Polish winners, might well go to Tom and Marie Gay's big-bunk 2006 Peterbilt 379 in the gallery, then F.T. Trucking's custom 2021 Peterbilt 'home away from home.' Check out the 2021 Pete's 168-inch ARI big bunk in the video below. 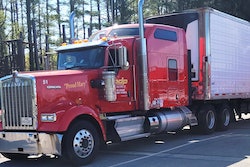 In favor of speed limiters: One owner-op's economic, safety case 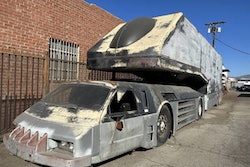 Own the strangest-looking Pete ever | Rolling into inspection on rims 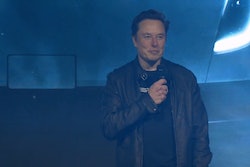 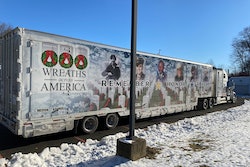