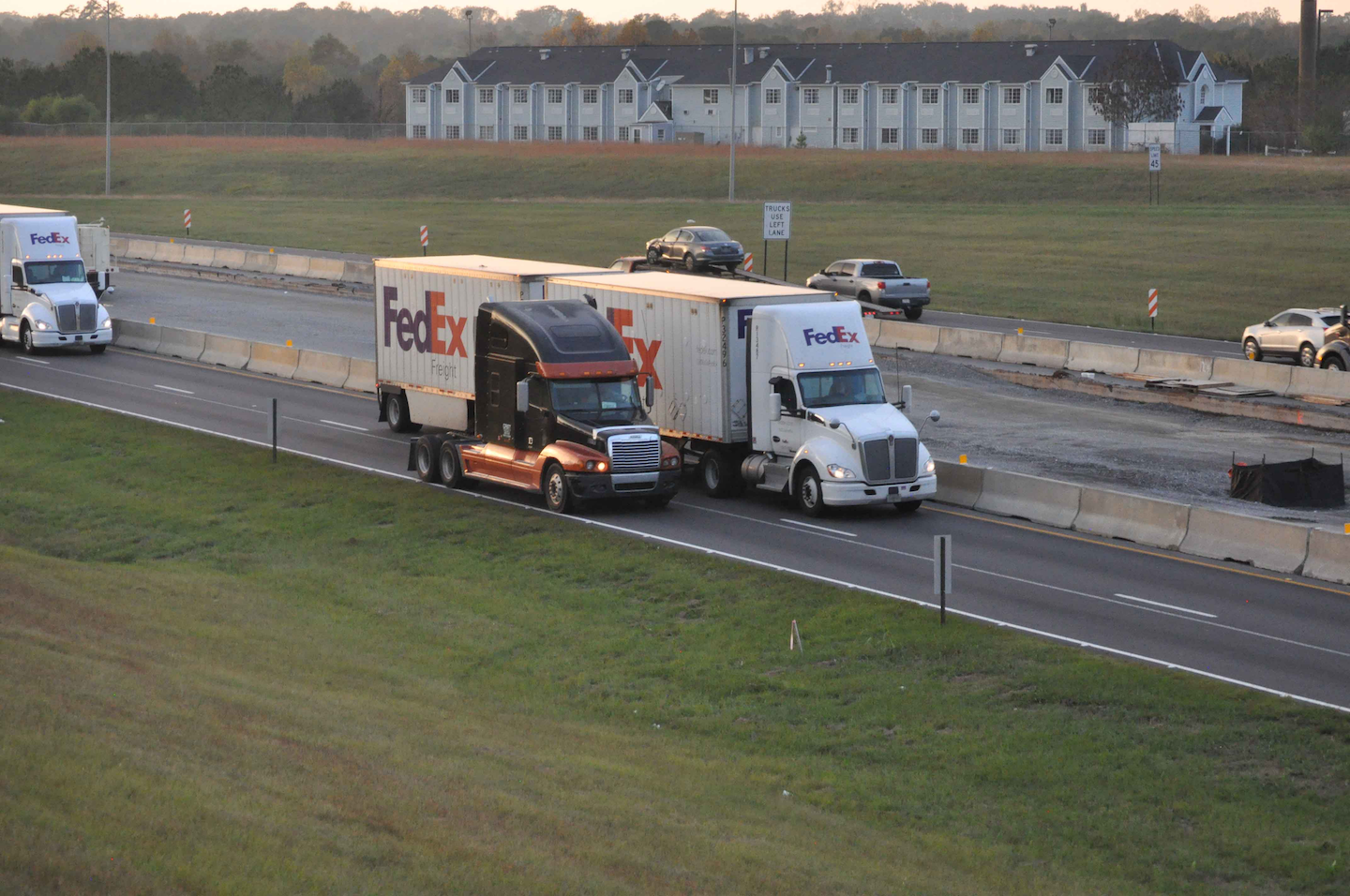 It’s that time of year again, folks — time to take stock of another number in the books with a look back through 2015’s top points of contention, news and other associated or not-so-associated weirdnesses as filtered through the myriad viewpoints on Channel 19 here. We’ve got a full 14-hour clock’s worth of on-duty time, and more, left yet, so check back tomorrow and on New Year’s Eve for the second and third parts… Now, counting down the hours … 14, 13 …

Twelve …
Following the December 2014 rollback of the 34-hour restart restrictions, successfully rammed through Congress after truck owners and drivers, and other carriers, took the fight over the 2013-introduced hours of service changes directly to their representatives, the year kicked off on a note of optimism, of sorts, made somewhat more optimistic by the precipitous decline in fuel toward the end of 2014 (notwithstanding the complications that decline later proved to hold for U.S. fracking operations and attendant flatbed, dry bulk and other freight).

The hours of service wish list was put out for perfection as a big list of operators’ preferred refinements to what so many view as a flawed hours rule that does little to enhance safety, much less operating flexibility. Developments later in the year would further reinforce the notion that change may be in fact afoot with flexibility-enhancing considerations at the highest levels of government.

Don Christner hauled hazmat over a treacherously wintry Loveland Pass in Colorado, and the story behind “Highway Hank” Good’s classic Highway Hilton cabover, now firmly ensconced in the Iowa 80 trucking museum, got its due treatment. In Alabama, traffic backed up for miles behind a single-vehicle crash that resulted from a driver’s pulling of his own tooth — while driving, no less.

Meanwhile, roads not taken through the industry by most of you included the roles of thinker-tinkerer, freight lumper and small fleet owner, though one Tennessee fleet’s history in securing direct customers showed the exception to the rule proved common enough among owner-operators.

… and a convoy honored Ohio-based legend in his own time Dave Trout, after a terminal cancer diagnosis sidelined his long career.

Eleven …
The Wall Street Journal earnestly took on the issue of truck parking shortages around the nation to begin the month of February — drivers sounded off themselves with strong voices decrying the dearth of facilities in many, many areas around the nation. The issue continued to stand front and center of the national conversation about trucking throughout the year. Overdrive‘s December 2015 cover story would probe it in depth, following the federal Jason’s Law study of the issue and ongoing efforts of a newly designated National Coalition on Truck Parking to spearhead coherent solutions to the problem.

“Adult toy” discounts were on offer on the sides of dry vans, Jeb Bush’s released trove of emails attendant to his presidential run revealed the difficulties of issues-based engagement with a curious declaration given to a trucker complaining about lane restrictions on I-75 in Florida — “i am jeb” — and a drivers’ strike apparently intended to push down freight rates was under way in the nation of Colombia.

Twenty-somethings were apparently not into truck driving at all — one of them tried to spell out just why, while some readers argued for reducing the minimum interstate-driving age to 18, using the tried and true argument that, hey, if an 18-year-old can fight and die for his country, he ought to be able to …

Overdrive‘s “Music to truck by” playlist was born.

Ten …
Overdrive‘s Pride & Polish season got under way in Wildwood, Fla., in April, and in March, fruit was borne from the 2014 edition of that fine show in the form of Big Rig Videos’ Chris Fiffie’s in-depth portrait of a Florida weigh and inspection station, which included footage of several owner-operator competitors at Wildwood.

Speaking of weigh stations, March also saw what might count as the most-read story on Channel 19 of 2015, that of Tennessee-based trucker Kenny Capell’s obstruction of justice case, dismissed after his challenge to it. The background: Capell was twice woken in the sleeper of his and his wife’s truck at a Georgia facility for an I.D. and logs check. 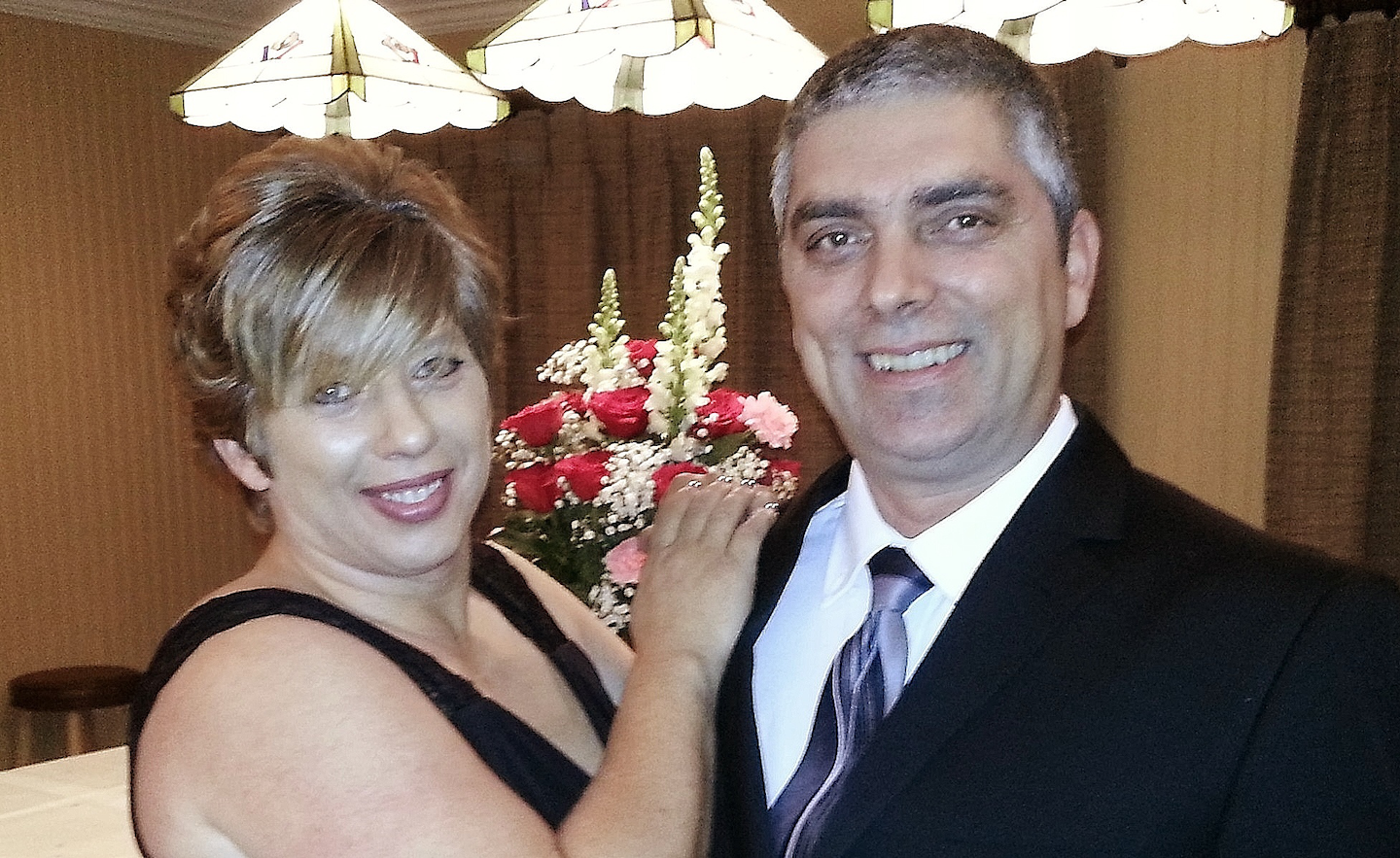 Capell and his co-driver, Nikki

In the first case, he was told not to log his official return to duty with the inspection, in spite of the fact that his name was on the inspection report. (The interruption to the load the couple was under caused a later service failure.)

Considering that, and with a history on Kenny’s part of having been woken up in the sleeper with little to no cause by officers in the past, Capell then refused to comply with the request for ID the second time around, a few weeks later, which resulted in his arrest.

Long shots were all the rage — operator Jeff Clark fired up his campaign for FMCSA Administrator, an “owner-operator option for ELDs” was proferred at a trucking show, and a Mack diesel tech fired up his custom-built Mack for a shakedown run at the old Nashville fairgrounds speedway in prep for a new Class 8 racing series, in which he would go on to triumph in the end-of-year points standings.

Nine …
Anecdotal reports were confirmed in a state-by-state “hall of shame” for truckload spot market rates — yep, freight out of Colorado does tend to move at much lower-than-average rates…

On the other hand, some surprising results lurked in the converse, the Rates Halls of Fame for flat, van and reefer segments.

West Virginia-based owner-operator Chuck Timbrook’s “Black Out” working military tribute rig neared completion, airline pilots were sounding surprisingly like their highway counterparts over the issue of the increasingly adversarial nature of medical certification processes, and load-matching “Uberization” (which take the award for most-overused coinage of the year) in OTR long-haul was cast in doubt.

The disappearance of camaraderie among truckers was lamented and debated, by turns, with one owner-operator seeing in the apparent alienation of many fellow driver from one another simply a reflection of changes in wider American society. Hours, inspection, CSA issues were brought again to the fore in drivers’ reaction to the Capells’ obstruction case:

Follow the next link for Part 2 in this year in review on the Channel 19 blog: 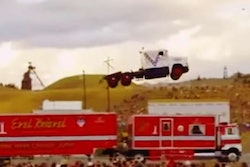