The countdown continues from Part 1 of this 2016 in review, “When the time bombs started going off…”, picking up from number 9 to ….

Eight
Wes Memphis, together with the traffic manager at his fleet’s Texas terminal, commenced the process of “unlearning” that was his trial run of e-logs, missing a long load he might otherwise have taken. “It was disturbing,” he wrote. As he told it, “After I finally got going again, I did something I hadn’t done in years — I called a guy about a job. When my 14 was up I was all in. Ten hours downtime was sounding better all the time.”

Readers learned in May that performance-based-brake-testing machines could be problematic for tank haulers and that West Virginia-based owner-operator Chuck Timbrook‘s Black Out military-tribute custom Freightliner received official recognition from the Veteran’s Affairs department for its advocacy efforts. Other sorts of driver advocacy were on offer in the contention around a study on safety-positive or -otherwise impacts stemming from a carrier’s fleetwide sleep-apnea screening program. Rates were shown to have taken a dive, between 10-15 percent off averages in 2015.

Michael Neece signed off after a long day, trucker/singer-songwriter Paul Marhoefer cut a record in Muscle Shoals, and a piece of Overdrive history emerged from the British Isles.

ELDs could turn out to be a pretty well effective tool for auditors during compliance reviews that might function like a radar gun for speeding violations, one consultant argued, particularly worrisome given FMCSA’s plans to change how safety ratings were made. The Unsafe Driving CSA Safety Measurement System category, essentially for the first time, would be part of the safety-rating makeup if the rule went through.

More on this subject later, for sure, but here’s a small piece of wisdom from the Congressional language that required the ELD mandate and which (the language) saw some further discussion during oral arguments in OOIDA’s as-yet-unsuccessful case against ELDs. It could prove the above contentions to be needless worry, depending on what happens on the ground in the future: “The Secretary shall institute appropriate measures to ensure any information collected by electronic logging devices is used by enforcement personnel only for the purpose of determining compliance with hours of service requirements.”

Late in the month, Wes Memphis got himself a pay raise, some pain, a little extra speed on the governor and a much-needed vacation, and a fallen brother was saluted.

“I’m sorry, I didn’t really read the whole article. I just saw blah blah blah measure and blah blah blah directive and lots of other mumbo jumbo. … I don’t really care what they do anymore with the scores. Obviously, from the poll results, lots of others don’t also.” —Charlie, commenting in June under below polling about third parties’ use of CSA scores in carrier vetting.

Since CSA percentiles were pulled last December, have you been required to supply your private scores?

CSA fatigue was setting in after the many years of discussion of the subject, culminating in last year’s pull of the scores from public view, but small carrier interests were bent on getting the attention of the fatigued nonetheless, given the import of several items within FMCSA SFD/safety rating rule proposal. Wes Memphis ended his narration of e-log transition with a note of hope and a declaration — “I will survive” — and Gary Buchs found an operational benefit over years using an ELD.

From the Youtube channel of driver Johnny Be Good, a miraculous bit you can file under “sharing the road” emerged, via dashcam on the Dan Ryan, Chi-town:

After the calculations and data parsing were done, 2015’s “Rates hall of shame” showed the worst states over the year for outbound rates (Colorado among them), and owner-operator Clifford “Dream Walker” Petersen adding his name to the list of those arguing for fair-labor protection for employee drivers, including walking back the long exemption from overtime-pay requirements, for the ripple-effect long-term benefit in rates for owner-operators. Such arguments resonated through the end of the year.

Six
Truck-show season was well under way, and one small fleet’s debut resulted in a Best of Show, while a perennial winner was back with a champion of its own.

Owner-operator Louis Stone came through for the second time in the year with a tip about longtime friend and former owner-operator Earl Jackson‘s stop in Nashville on a multidrop run hauling Tesla autos in a enclosed trailer behind a company KW with all the comforts of home. Montague introduced a new line of folding bikes for compact two-wheeled transport.

Diesel-addicted singer-songwriter Jayne Denham prepared to come across the big pond from Australia to a performance at the Great American Trucking Show, and log fires were stoked, again, in search of a correlation between ELD use and crash incidence, to little avail (not to say a variety of conclusions weren’t reached, particularly down in the comments section).

“Is the owner-operator/small fleet being ‘nitpicked’ or ‘nickel-and-dimed’ into oblivion? That’s a no brainer! YES YES YES!” –Yote Anders

Crossville, Tenn.-based owner-operator J.D. Terry‘s 1995 “Driveway Dream” custom Kenworth and flatbed trailer rounded out the month in custom rigs from the Pride & Polish edition in his hometown, just in time for the big season finale in Dallas the next month.

Five
Before the big show arrived at the end of the month with his absolute show-stopper of a performance, a brother of the highway released a record of the same name, and ran it down in a talk.

Another, less-experienced highway hauler cut bait of a fashion and got into software, launching a new route-planner app pulling in not only typical points of interest but severe-weather forecast information and more, and I hit the road with Landstar-leased Gary Buchs for a pick and drop with live unload of water heaters across four states, along the way hearing the tale of Buchs’ business evolution as an owner-operator from time in the farm and feed business going back decades.

Kuhnle Bros. driver Brian Rudisell told his comeback story after a motorist tried using his truck to commit suicide, Scott Carlson supported the blue with a banner and other decoration on his truck at Class 8 on the Lake in Ohio, and owner-operator Jenson Lawrence gave a few good reasons with plenty of examples in his own operation for just why so many “hang on to that old truck”…

Following Lawrence’s thoughts, 13 more good reasons too keep around the old trucks came in due course, among those mentioned the pre-2000 model year exemption to the ELD mandate when it comes into play late next year, barring delays or success challenging the rule. Most independent owner-operators with authority continued in wait-and-see mode relative to implementing an ELD, many hopeful for the Owner-Operator Independent Drivers Association’s legal challenge, later struck down on Halloween. Dave Owen, head of the National Association of Small Trucking Companies, hoped OOIDA would prevail, too, but nonetheless used a metaphor derived from a joke about a bear to stress the ease with which hours of service scores in CSA were remedied with e-logs among small fleets, illustrating one value of the devices in the brave new world of safety scoring, peer grouping and compliance competition.  … 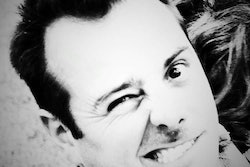 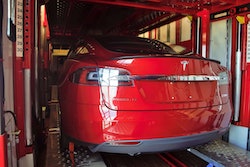